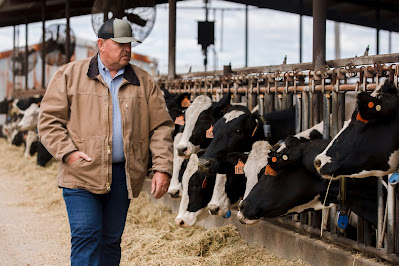 Written by Lois Ross and first published at Rabble

Our current modes of capitalist meat production are dangerous and deadly.

That quote is taken directly from a new book published by Rob Wallace, a progressive evolutionary epidemiologist from Minnesota who has been studying the onslaught of novel viruses for more than 20 years.

Almost since the inception of this COVID-19 pandemic, the World Health Organization and other organizations have been tracking and investigating, trying to uncover the origins of this zoonotic virus.

In late October, the WHO restructured and reconvened its expert panel after extending its call for experts from around the world to join the committee which will look at emerging pathogens from SARS COV-2 to Ebola. Called the Scientific Advisory Group for the Origins of Novel Pathogens (SAGO), this panel will included some 26 members from around the world. Some of these same members were on the initial panel — criticized for not being serious enough about the theory that the virus was leaked from a lab in Wuhan.

If you do an online search regarding the origins of COVID-19, you will come up with many articles of where the virus may have originated. Check out this line-up from Nature, which includes articles from lab leak theories right through to spillovers from nature. The nature theory is gaining traction. Even prior to the pandemic, an article in Nature published in June 2019 linked increasing human infectious diseases to the expansion of agriculture.

Two recently published books by Rob Wallace track the origins of these and other zoonotic diseases (diseases transmitted from animals to humans), providing compelling information that points to the global agro-industrial food system as the culprit.

In these publications, Wallace tracks how we are producing food — primarily meat — and the impact of our model of agriculture on public health.

It was only a few months ago that I came across a book with a fascinating title and had to buy it. Big Farms Make Big Flu by Rob Wallace was published in 2016 by Monthly Review Press in New York. This collection of essays by Wallace tracks the ways influenza, and other deadly pathogens are emerging out of an agriculture controlled by multinational corporations. The book urges readers to reflect on the connections between industrial farming practices, ecological degradation and viral epidemiology.

Along with many others who study epidemics, Wallace predicted the current pandemic. But what he has also done through these essays is trace the links of dangerous viral outbreaks to the way in which transnationals are destroying forests, grabbing land, overtaking community agriculture, and creating a model of industrial agriculture severely at odds with public health — all in the name of profit.

Wallace is a researcher with the Agroecology and Rural Economics Research Corps and has consulted with the Food and Agriculture Organization and the Centers for Disease Control and Prevention in the United States. For more than two decades he has been mapping the global locations of viral outbreaks, studying the expansion and industrialization of meat production, transportation systems and policies of structural adjustment that have forced countries to adopt methods they might have otherwise foregone.

Raj Patel, author of Stuffed and Starved: The Hidden Battle for the World Food System had this to say about Big Farms Make Big Flu when it was published in 2016: “This collection is a bracing inoculant against the misinformation that will be spewed in the next epidemic by the private sector, government agencies, and philanthropists.”

In March 2020, Wallace began writing about COVID-19. The results of those writings are his second book titled Dead Epidemiologists: On the Origins of Covid 19 – which Raluca Bejan reviewed for rabble earlier this year. In this book, Wallace is straightforward, both about the roots of COVID-19, but also about what the planet must do to try to ensure public health going forward. Throughout the book he also emphasizes the lack of adequate public health infrastructure of many countries, including in the United States.

Dead Epidemiologists is dedicated to three migrant meat-packing workers who died from COVID-19. In paying tribute, the book describes their circumstances (one a 64-year old worker at Cargill’s plant in Hazelton, Pennsylvania; another a 59-year-old poultry farm worker in Forest, Mississippi). This tribute is a poignant reminder of those who toil on the front lines of the agro-industrial complex that Wallace states is creating a global public health crisis. In the next few days, Cargill meat-packing workers in High River, Alberta, belonging to the United Food and Commercial Workers Local 401, are set to strike over festering occupational health and safety issues. Two workers at the plant died and 950 others contracted COVID-19 last year — as documented in a column I wrote in June 2020.

Meat production is inefficient and requires more energy, water and land to produce than any other food source. In the United States, on average an individual consumes 124 kilos of meat, compared to 20 kilos in most African countries. In Canada, average consumption of meat in 2020 was 67 kilos.

Not only does Wallace challenge the model of meat production, he is also very clear on how dangerous and deadly our current modes of capitalist meat production are. A magazine interview with Wallace published in Germany titled Agribusiness would risk millions of deaths is included as a first chapter to the book. In it, Wallace states:

“Capital is spearheading land grabs into the last of primary forest and smallholder farmland worldwide. These investments drive the deforestation and development leading to disease emergence. The functional diversity and complexity these huge tracts of land represent are being streamlined in such a way that previously boxed-in pathogens are spilling over into local livestock and human communities.”

In that same interview, Wallace continues:

“The real danger of each new outbreak is the failure, or better put, the expedient refusal to grasp that each new COVID-19 is no isolated incident. The increased occurrence of novel viruses is closely linked to food production and the profitability of multinational corporations. Anyone who aims to understand why viruses are becoming more dangerous must investigate the industrial model of agriculture and, more specifically, livestock production. At present, few governments, and few scientists, are prepared to do so.”

Both of Wallace’s books Big Farms Make Big Flu and Dead Epidemiologists: On the Origins of COVID-19 are grounded and logical. And as we well know by now, reality can be stranger than fiction.

These books are not an easy read, but they are an important one — and much of what Wallace details related to viral epidemiology also rings true with those of us reflecting on how agriculture contributes to climate change.

In Dead Epidemiologists, Wallace calls on us to do more:

“If we must partake in the Great Game, let’s choose an eco-socialism that mends the metabolic rift between ecology and economy, and between the urban and the rural and wilderness, keeping the worst of these pathogens from emerging in the first place. Let’s choose international solidarity with everyday people the world over… Let’s braid together a new world system, indigenous liberation, farmer autonomy, strategic rewilding, and place-specific agro-ecologies… Consider the options otherwise.”

Lois L. Ross has spent the past 30 years working in Communications for a variety of non-profit organizations in Canada, including the North-South Institute. Born into a farm family in southern Saskatchewan, trained as a journalist and photographer, she is the author of both fiction and non-fiction books. Two of these books are based on the lives of Prairie farm people. Lois has also worked internationally in Latin America and the Caribbean, reporting and writing about life in Mexico, Nicaragua, and Cuba. The topics she is passionate about include agriculture, rural and international development, and health.
Posted by Mike Shaughnessy at 05:06