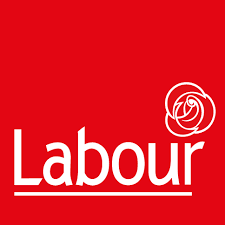 Days after the referendum, in which Britain voted to leave the European Union (EU), the Labour Party leader, Jeremy Corbyn, called for Article 50 to be triggered as quickly as possible, to set in motion our formal negotiations to leave the organisation.

A couple of months later, Corbyn and John McDonnell, the party's Shadow Chancellor, having seemingly had a bit more time to think about it, stated that we should retain the free movement of people with the EU, but leave the single trading market. This vision had the rare distinction of being a policy position, that displeased both remain and leave voters in equal measures. The worst of both worlds, for everyone but the Labour leadership. Not only not a vote winner, but a massive vote loser.

Then a month ago, John McDonnell told a meeting in London, "Labour accepts the referendum result as the voice of the majority and we must embrace the enormous opportunities to reshape our country that Brexit has opened for us."

He went on to say "It is time we all were more positive about Brexit."

So we come to yesterday's speech by Keir Starmer, Labour's Shadow Brexit Secretary, at the London office of Bloomberg, of all places, which takes a very different view of what Labour's policy position should be.

Laying out Labour’s vision for the future on Brexit, he said that there “are two versions of our future that could be negotiated. The first is a future that tears us apart from our EU partners. Out of the single market. Out of the customs union. Reverting to World Trade Organisation rules which would entail a range of harmful new barriers to trade and a desperate rush to sign new agreements with third party states to compensate.”

“A global race to the bottom which would not only put our economy and jobs at risk, but which would also abandon our shared scientific, educational and cultural endeavours with the EU. A so-called ‘hard’ Brexit.”

“The second version of our future is a version where we exit the EU but build a new and strong relationship with our EU partners based on the principles of co-operation, collaboration and mutual benefit. A future which preserves our ability to trade in goods and services with our biggest market. A future that values joint scientific, educational and cultural work with our EU partners.”

Sounds rather different from McDonnell's "we cannot hide from the fact that too much of the EU also had aspects of the old model, putting the interests of big business over ordinary people."

At least the Tory government are also sending out conflicting signals of their intentions on the kind of Brexit they want. But Labour should really be after the government on this, it is the single biggest political issue for the UK by miles. The government is split, Labour's obvious contradictory confusion is letting the Tories off the hook.

If the government mess this up, then the voters will need to have faith that Labour can do a better job of it, and I don't get the impression that people are too confident of what Labour really thinks about the issue.

I think the membership are nearer to Starmer than McDonnell on this, and certainly Labour MPs are. Not much support for the leadership's position at all as far as I can see it, in Labour.