Do Recent Political Events Signal the End of Neo-liberalism? 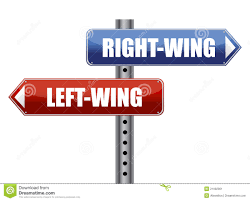 The Austrian Presidential election last week appears to have bucked the trend in a year of political victories for the right, indeed the far right. The left leaning and former Green, Alexander van der Bellen, defeated Norbert Hofer the far right candidate, and by a comfortable majority, in what seems to be a return to business as usual politics.

The Italian constitutional referendum, held on the same day, did see the President, Matteo Renzi, lose the vote, and is resigning his post, although this was not as immediately as he first suggested. But this was only a partial victory for the Italian far right, as many leftish voters also rejected his reforms, probably more than those who voted against, from the right.

All of this comes on the back of the Brexit referendum result in the UK and Donald Trump winning the US Presidential election, both of which were mainly victories for the right and far right of the political spectrum. The Ku Klux Klan supported Trump.

I had a discussion with a friend a couple of weeks ago, who I have known for a long time, and I wasn’t surprised to hear that he voted to leave the EU, as that has always been his position. A former Socialist Worker Party member, now ‘hanging around’ the Revolutionary Socialism for the twenty first century party (RS21). He told me of his surprise that he had been allowed to pay the £25 supporters fee, and voted for Jeremy Corbyn in this year’s Labour Party leadership election.

He puts the Brexit vote and Trump as part of a piece, and welcomes Corbyn’s success saying that for the first time in his life the next UK general election will be a proper left versus right election, especially now the European Union will likely be out of way by then. He also thinks that voters have taken these positions because the neo-liberal economic system has failed, which it clearly has, and that this is a big opportunity for the left, which I think it is too, but I am less confident about.

But, why have the right been the beneficiaries of this change, so far anyway? Trump will clearly do little about neo-liberalism, apart from maybe introducing some tariffs on imports to the US. His whole programme is based on keeping immigrants out, as was the Brexit campaign, when they weren’t just spreading downright lies about more money for the NHS after Brexit.

I think there is an element of rejecting the economic system in these votes, but I think these votes are more to do with a cultural shift in the electorate, or some of the electorate anyway. The rust belt states that won Trump the election and parts of the UK that have never recovered from the post industrialisation of the 1980s, clearly have not done well out the system, but also have similar cultural attitudes. These cultural attitudes are also very different from say, California and London, places which did not vote for Trump or for Brexit.

Immigration is not an issue in California or London, and the people who live in these places take a very different world view, open, liberal and cultured. Suzanne Evans, who stood unsuccessfully to become leader of the right wing UKIP party recently, commented a couple of year’s back, on why she thought UKIP had done poorly in London elections. She said that the people in London were ‘too young, well-educated and cultured,’ and I think she was spot on in her assessment of the situation.

California and London are held in contempt by people in the rust belt and Brexit land, yes because they are relatively more prosperous, but also because of their outlook on things generally. The right in the UK are always accusing the Labour Party leader, as being an ‘Islington liberal’ and so out of touch with Labour’s core voters in the north of England. To be fair, there is a lot of truth in that, but it comes down to cultural differences more than economic success. Perhaps the two go hand in hand, so this should not be surprising.

All of which leaves the Labour Party with a lot of difficulties, in trying to please both sets of supporters, or former supporters. For this reason, I think the next general election could well be a complete disaster for Labour, and the broader left in general. Labour could win less than 200 seats, perhaps not many over 100.


I said to my friend, be careful what you wish for, I think the political (far) right are on the march now, and his obvious optimism, is not well placed if we judge it by the facts. Time will tell, but I am very pessimistic about the future of politics.
Posted by Mike Shaughnessy at 11:05