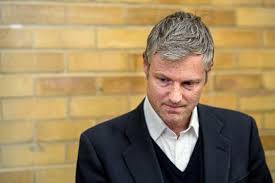 With something like a swing of 22%, the Lib Dem candidate, Sarah Olney, won the Richmond Park by-election, overturning a Tory majority of over 23,000 votes at last year’s general election. Zac Goldsmith, resigned from the Tories (sort of) to protest against the decision to build an extra runway at Heathrow Airport, causing the by-election.

Results like this don’t come along very often, and the Lib Dems and those supporting their rear-guard action against Brexit, are hyping this by-election result as a political game changer. It is being likened to the Ribble Valley by-election which preceded the abandonment of the Poll Tax, and the subsequent demise of the Prime Minister of eleven years standing, Margaret Thatcher in 1990.

But is this really going to have a big influence on our politics in the immediate future? I think the honest answer to this is no. What was the beginning of the end for Thatcher, was primarily the unpopularity of the Poll Tax in fairly marginal Tory held constituencies, particularly in the north of England. Many Tory MPs were worried about losing their seats because of the Poll Tax, and this forced a retreat by the government.

With constituency boundaries not certain as yet, for the next general election, it looks to be only a handful of Tory seats, would be vulnerable to an anti-Brexit vote favouring the Lib Dems, perhaps as many as seven constituencies. Of course a loss of seven seats would lose the government its majority in Parliament, but that would be only if they failed to pick up any gains, from pro-Brexit parts of the country, probably at the expense of Labour.

Although the government has a reduced majority after this loss, ironically it has probably made an early general election less likely. The Prime Minister, Theresa May, is known for her caution, and at the moment the government’s working majority of 13 seats is enough to carry on, at least for a year or two anyway.

It is also unlikely that the government will change its strategy, if we can call it that, for negotiating a settlement with the EU for life after Brexit. Richmond Park is not a normal constituency. A wealthy, leafy suburb in west London, where a majority of residents have a university degree, and where over 70% of the electorate voted to Remain in the EU in June’s referendum. Many people living there are employed in the City of London.

Goldsmith also did himself no favours with his Islamophobic campaign to become Mayor of London this year. Like most of London, the constituency is ethically mixed, and quite happy about this. Once reasonably popular locally, he was tarnished by his disgraceful campaigning tactics, in the London elections.

One thing that this result does seem to confirm, is that the Lib Dems have been forgiven for their part in propping up a minority Tory government in the last Parliament, by Labour voters. Labour humiliatingly lost their deposit in Richmond Park, polling barely above 3.5%. It looks as though, so called ‘tactical voting' is back with a vengeance, which tends to benefit the Lib Dems most. Whether we end up with a formal progressive alliance or not at the next general election, it looks as though the voters, or Remain voters anyway, have voted with their feet, and have formed into an anti-Brexit alliance.

I have written here on this blog before, that the Green Party should have stood a candidate in Richmond Park, and made the case for no airport expansion (anywhere), but it looks as though Green votes may have just swung this election in favour of the Lib Dems.


I can’t say I’m unhappy though, that Goldsmith’s arrogance has been punished, and trust we have seen the last of him as an MP for good. Don’t worry, he won’t starve.
Posted by Mike Shaughnessy at 11:01