Do the Local Elections Results Show the Greens Have Finally Shaken Off Corbynism? 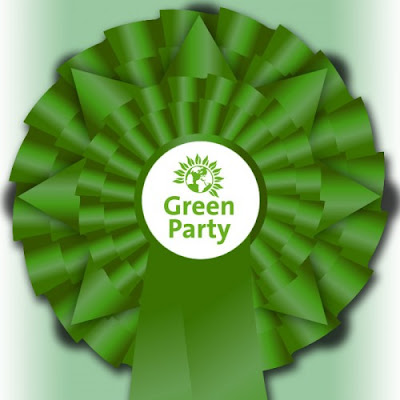 The spectacular performance of the Green Party in last week’s English local elections, where almost 200 local authority seats were gained, more than doubling its representation, is the best ever local election results for the party. Seats were won north and south, east and west in England. The Greens also gained in Northern Ireland's local elections.

The Lib Dems did even better, gaining 700 seats, but they do perhaps have a better, more long established party machine for elections. The results have been painted in the media, somewhat accurately, as a slap in the face for the two main parties, Tory and Labour.


The Tories really did take a pasting, losing over 1300 council seats, while Labour had a small net loss of about 80 seats. But this has to be compared to the last time that these elections were held in 2015. Labour did badly then, so were expected to make net gains this time, but it didn’t happen.

Once Jeremy Corbyn became Labour leader in 2015, first a trickle, then a torrent of members left the Greens to join Labour, including some of the party’s top activists, especially those from the left of the party. Something like 40,000 members went over to Labour until numbers started to recover again in the latter part of last year. Some of these people were coming back from Labour, most often citing the Labour Party’s position on Brexit for doing so.

I think there was a combination of reasons why the Greens did so well last week, and Brexit is sure to have been a factor, but not the only one. Greens took votes off the Tories as well as Labour, and I think there was a general protest vote, where pro-Leave voters voted Green, despite the pro-Remain stance of the party.

The recent eruption of climate change and ecological protests, such as the school students strikes and the Extinction Rebellion protests have raised the environment up the media agenda, and I’m sure the Greens benefited from this in these elections. Not everyone wants to get arrested over the issue, but you can at least cast a vote for a party that champions the same causes, and many did I think.

It is always dangerous to draw too many conclusions from local elections, and especially when we have a very unusual combination of political circumstances. Brexit, austerity, deadlock in Parliament, a ruling party in disarray and a hapless prime minister who has lost all authority, and who will likely be replaced shortly by her party. I'm going to give it a try though.

The upcoming European Parliament elections, it was confirmed today that they are going ahead, are going to be just as bad as the local ones for the Tories, if not worse. Labour too, I expect will not do very well in these elections, but again not so badly as the Tories.

But have the Greens now got over the Corbyn phenomena, or has the bubble just burst on Corbynism more generally? I think a bit of both. I know Labour members who have previously supported Corbyn’s leadership, and you can see it on social media too, who now think it is time Corbyn moved on, with thanks, and a new leader takes the party forward. They still like the policies, but not so much the salesman anymore.

And yes that has brought members back to the Green Party and increased votes from the public. I am as sure as I can be that the Greens will retain their European Pariamentary seat in London later this month, and will probably hold the other two seats in the South East and South West of England, and may make a gain or two elsewhere. The Greens seem to have re-established themselves as the alternative party of the left and more.

But politics is very volatile at the moment, almost anything could happen, but it seems as though the 2017 general election when the two big parties got almost 85% of the votes, was a blip, and we are back to a more multi-party system for the future.
Posted by Mike Shaughnessy at 09:50