Discussion: For Saving the Earth We Need to Tell the Whole Truth: An Ecosocialist's Response to Richard Smith 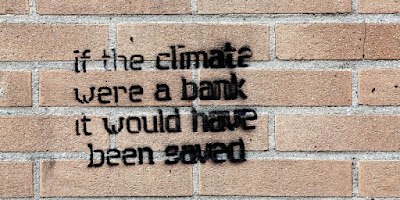 Below is a response to an article by Richard Smith. Whilst I don't always agree with Saral Sarkar’s interpretation of ecosocialism in some ways, especially his views on population, this piece is a contribution to the ongoing development of ecosocialist thinking.

In his article,(1) Richard calls upon his readers to "change the conversation". He asks, "What are your thoughts?" He says, if we don't "come up with a viable alternative, our goose is cooked." I fully agree. So I join the conversation, in order to improve it.

Let me first say I appreciate Richard's article very much. It is very useful, indeed necessary, to also present one's cause in a short article – for those who are interested but, for whatever reason, cannot read a whole book. Richard has ably presented the eco-socialist case against both capitalism and "green" capitalism.

But the alternative Richard has come up with is deficient in one very important respect, namely in respect of viability. Allow me to present here my comradely criticisms. It will be short.

Is only Capitalism the Problem?

(1) Richard writes, "Capitalism, not population is the main driver of planetary ecological collapse … .". It sounds like an echo of statements from old-Marxist-socialism. It is not serious. Is Richard telling us that, while we are fighting a long-drawn-out battle against capitalism in order to overcome it, we can allow population to continuously grow without risking any further destruction of the environment? Should we then think that a world population of ten billion by 2050 would not be any problem?

I would agree if Richard would say that capitalism is, because of its growth compulsion, one of the main drivers of ecological collapse. But anybody who has learnt even a little about ecology knows that in any particular eco-region, exponential growth of any one species leads to collapse of its ecological balance. If we now think of the planet Earth as one whole eco-region and consider all the scientific reports on rapid bio-diversity loss and rapid dwindling of the numbers of larger animals, then we cannot but correlate these facts with the exponential growth of our own species, homo sapiens sapiens, the latter being the cause of the former two.

No doubt, capitalism – together with the development of technologies, especially agricultural and medical technologies – has largely enabled the huge growth of human numbers in the last two hundred years. But human population growth has been occurring even in pre-capitalist and pre-medieval eras, albeit at a slower rate. Parallel to this, also environmental destruction has been occurring and growing in these eras.

It is not good to tell our readers only half the truth. The whole truth is succinctly stated in the equation:

Where I stands for ecological impact (we can also call it ecological destruction), P for population, T for Technology and A for affluence. All these three factors are highly variable. Let me here also quote Paul Ehrlich, one of my teachers in political ecology. Addressing leftists, he once wrote, "Whatever [be] your cause, it is a lost cause unless we control population [growth]". Note the phrase "whatever your cause".

Ehrlich meant to say, and I too think so, the cause may be environmental protection, saving the earth, protecting biodiversity, overcoming poverty and unemployment, women's liberation, preventing racist and ethnic conflicts and cleansings, preventing huge unwelcome migration flows, preventing crime, fighting modern-day slavery, bringing peace in the world, creating a socialist world order etc. etc. etc., in all cases stopping population growth is a very important factor. Sure, that will in no case be enough. But that is an essential part of the solutions.

Note that in the equation cited above, there is no mention of capitalism. Instead, we find there the two factors technology and affluence. We can call (and we generally do call) the product of T x A (production of affluence by means of industrial technologies) industrialism, of which there has until now been two main varieties: the capitalist one and the planned socialist one (of the soviet type).

Nothing will be gained for saving the ecological balance of the Earth if only capitalism is replaced with socialism, and ruling socialists then try to increase production at a higher rate, which they must do under the pressure of a growing population which, moreover, develops higher ambitions and aspirations, and demands all the good things that middle class Americans enjoy.

(2) Modern-day old-socialists do not deny the existence of an ecological problem. They have also developed several pseudo-solutions such as "clean" and "renewable" energies and materials, efficiency revolution, decoupling of GDP growth from resource use etc.

Good that Richard rejects the idea that green capitalism can save us. But why can't it?

"Because", he writes, "companies can’t commit economic suicide to save the humans. There’s just no solution to our crisis within the framework of any conceivable capitalism."

This is good, but not enough. Because there are old-socialists (I know many in Germany) who believe that it is only individual capitalists/companies and the system capitalism that are preventing a rapid transition to 100 percent clean renewable energies and 100 percent recycling of all materials.

Thanks to these possibilities, they believe, old-socialist type of industrialism, and even economic and population growth, can be reconciled with the requirements of sustainability. I don't think that is possible, and I have also earlier elaborately explained why.(2) Said briefly, "renewable energies" are neither clean nor renewable, and 100 percent recycling is impossible because the Entropy Law also applies to matter. What Richard thinks is not clear from this article of his. It is necessary to make his thoughts on this point clear.

Is Bottom-up Democracy of Any Use in the Transition Period?

(3) Richard writes, "Rational planning requires bottom-up democracy." I do not understand the connection between the two, planning and democracy. At the most, one could say that for better planning for the villages, the planning commission should also listen to the villagers. But at the national level?

Should, e.g., the inhabitants of each and every 500 souls village in the Ganges basin codetermine in a bottom up democratic planning process how the waters of the said river and its tributaries should be distributed among ca. 500 million inhabitants of the basin? If that were ever to be attempted, the result would be chaos, not planning. Moreover, how do you ensure that the villagers are capable of understanding the national interest and overcoming their particular interests? Such phrases are only illusions.

In his 6th thesis, Richard sketches a rosy, idealistic picture of a future eco-socialist society and its citizens. That may be attractive for him, me and other eco-socialists. But this future lies in distant future. First we would need a long transition period of contracting economies, and that would cause a lot of pain to millions of people spoilt by consumerism or promises of a consumerist future.

We shall have to convince such people, and that would be an altogether difficult job. We should tell them the truth, namely that austerity is necessary for saving the earth. We can promise them only one thing, namely that all the pains and burdens as well as the benefits of austerity will be equitably distributed among all.

What to Do About Jobs?

(4) Richard writes: "Needless to say, retrenching and closing down such industries would mean job losses, millions of jobs from here to China. Yet if we don’t shut down those unsustainable industries, we’re doomed." And then he puts the question "What to do?" We can be sure that all people who wholly depend on a paid job for their livelihood, whom we must also win over, will confront us with this jobs question. Let me finish my contribution to this conversation with an answer to this question.

There is not much use talking to ourselves, the already converted. We need to start work, immediately and all over the world, especially in those countries where poverty and unemployment is very high. We know that, generally, these countries are also those where population growth is very high. People from the rich countries cannot simply tell their people, sorry, we have to close down many factories and we cannot further invest in industrializing your countries.

But the former can tell the latter that they can help them in controlling population growth. The latter will understand easily that it is an immediately effective way to reduce poverty and unemployment. A massive educative campaign will of course be necessary in addition to concrete monetary and technical help.

In the rich countries, contrary to what Richard perhaps thinks, it will not be possible to provide new equivalent jobs to replace those jobs we need to abolish. For such countries, reducing working hours and job-sharing in the short term, and, in the long term, ostracizing automation and labour-saving technologies, and using labour-intensive methods of production instead, are together the only solution.

That is already known. Another thing that would be needed is to negate free trade and international competition. However, it must also be said openly that high wages and salaries cannot be earned under such circumstances.

We eco-socialist activists must begin the work with a massive world-wide political campaign in favour of such ideas and policies.

2. My views expressed in this article have been elaborately presented in my book:
Eco-Socialism or Eco-Capitalism? – A Critical Analysis of Humanity's Fundamental Choices (1999). London: Zed Books,and in various articles published in my blog-site