After the Phase 1 Hype it’s back to Brexit Delusions 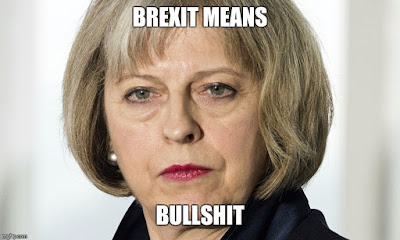 Tory ministers and MPs were falling over themselves to congratulate the prime minister, Theresa May, on getting past the first phase of Brexit negotiations with the European Union (EU). The prime minister herself was quick to claim the moment as a triumph for her negotiating skills too.

In reality, the agreement on the preliminary issues of EU/UK nationals status after Brexit and payment of the UK’s financial commitments, was basically a cave in to the EU demands. Why it took a year and a half to concede on these issues is hard to fathom, they could have been dealt with much earlier, especially as we ended up doing exactly what the EU wanted us to do.

It has been a complete waste of precious negotiating time for the British government to hold out for so long, not to mention the opportunity spurned to get off to a start on the negotiations with a measure goodwill between the EU and UK intact.

It also has to be said, that the third preliminary issue in phase 1 of the negotiations, the land border in Ireland between north and south, has not been fully resolved, more like fudged. This particular can has been kicked down the road.

But this issue can’t be fudged forever, there will either be a hard border between north and south or there will not be. Drawing the border in the Irish Sea has been ruled out by the Democratic Unionist Party who the government relies on for a working Parliamentary majority, might have worked. So unless something changes, with the British government saying that it will leave the EU customs union and single market, finding a solution to the Irish border looks to be mission impossible.

It does fit into a general pattern though, played out in the week or so since the phase 1 agreement was agreed, of a return to the delusional thinking that has characterised the British government's approach to Brexit so far. It looked last week as though reality had finally dawned that Britain wasn’t going to get everything they wanted from the EU, but things soon returned to normal.

David Davis, the minister in charge of Brexit, who by his own admission is not very clever, was on the Sunday TV politics shows to describe phase 1 deal as only a ‘statement of intent,’ and Britain might not honour it, which drew a swift riposte from the EU that they would indeed hold Britain to the agreement, and any offer of a potential future trade deal could be withdrawn.

The ‘Brexit Cabinet’ at long last met today to talk about what the UK actually wants out of any trade deal. The upshot apparently, is that Britain wants an ambitious ‘bespoke’ agreement. This has effectively been ruled out by Michel Barnier, the EU’s chief Brexit negotiator. He argued that it is important not to set a precedent of “cherry-picking” sectors.

He said leaving the EU would mean City firms automatically losing the financial passports allowing them to trade freely in Europe.

What Britain seems to think it can get, is a deal similar the CETA agreement between Canada and the EU, but with add ons for trade in services (a financial passport for British financial institutions) and fisheries, farming and aviation. It is likely that some agreement on aviation can be achieved and possibly fisheries and farming, although far from certain. But financial passports will be off limits if we leave the single market, as Barnier says.

So, we are pretty much back to square one, with realistically only about six months left to negotiate this seemingly impossible deal.

What the British government doesn’t appear to get, is that the EU will not allow us to have a better deal than we have at moment, not especially for economic reasons, as the EU have accepted that they will take a hit from Brexit, but for political reasons. Britain of course will take a much bigger hit to its economy than the EU if no deal can be made.

The EU has always been a political construction first and foremost, and the calculation will be that if Britain gets something better than what we have by being a full member of the EU, other countries will be encouraged to try get something similar, and whole union will start to unravel. That is the calculation the EU has made, and they will stick to it, whatever the economic costs to the EU are.


The sooner the British government wakes up to this state of affairs the better. Delusions are easier to sell to the Tory party of course, but the cold chill of reality can’t be put off indefinitely.
Posted by Mike Shaughnessy at 12:13