The Labour Right Coup - Smears, Ballot Rigging and if this Fails, Sulk and try again Next Year 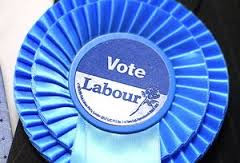 I use the term ‘Labour Right,’ not in the traditional sense, but also to include what is often called Labour’s ‘soft left’ too. Owen Smith, for example, is said to be from the ‘soft left’ of the Labour Party and line goes back at least as far as Neil Kinnock, in his pre-leadership days, but probably further. Anyway, the whole of anti-Corbyn Labour now has united in its determination to rid the party of Corbyn’s leadership, and since Corbyn is on the left (fairly soft in my book), then we can I think, refer to the rest as the Labour Right.

The coup strategy which began with 172 Labour MPs voting for a non- constitutional, no confidence vote in Corbyn’s leadership, and failed to force the leader from office, has now taken the constitutional route of standing a candidate (Smith) against Corbyn in a member’s ballot. But at the same time the Labour Right have launched a clearly orchestrated series of media smears, mainly in The Guardian newspaper, where a day doesn’t go by without one, and usually two news stories or comment pieces, by members of this faction.

We’ve had the anti-Semitism smears, the homophobic smears and the continual smears around bullying by Corbyn or his supporters, in a drip, drip daily feed, eagerly lapped up by The Guardian and trotted out faithfully. There is never any real evidence of these things happening, but if you keep saying these things, eventually people start to believe them. Mud sticks, kind of thing. All of this, in an effort to reduce support for Corbyn, in the leadership ballot. It is standard smear tactics that have been used against the Labour left before.

Then we also have the ballot rigging. Thousands of new members, affiliates and supporters are being denied a vote, for the crime of being suspected Corbyn supporters, quite unfairly, but unashamedly, non the less. Rigging elections is another well-worn tactic of the Labour Right. I saw it close up when I was a union branch secretary, from New Labour types in my union.

Local Labour constituency parties that support Corbyn are also being closed down or forbidden to even meet, in a further display of contempt for democracy.

All the old levers are being pulled, and anyone who remembers the carry on in the Labour Party of the early and mid1980s, will be unsurprised, but they don’t appear to be working this time around, and the Labour Right are plain out of any other strategy.

If Corbyn wins the leadership election again, which seems likely, what will the Labour Right do then? Form another party, perhaps stealing the Labour brand if they can get away with it?

No, not a bit of it. According to George Eaton in the New Statesman, they plan to keep pulling the same levers, after sulking and not cooperating with the Labour leader for another year, and presumably if it fails again, try again the year after that.

They are also hoping that a general election will be called early, at which they expect Labour to lose badly, and to blame Corbyn for the loss. Of course, the behaviour of the Labour Right MPs, pretty much guarantees that Labour will lose badly, people don’t vote for split parties, but they don’t care a hoot about that. They want to lose, if it helps them get rid of Corbyn as leader.

So, what way out of this seemingly grim situation for Labour is there?


The obvious solution is to de-select all of the disloyal MPs and replace them with candidates more in tune with the Labour members thinking. It would be a drastic and risky route to take, but I can’t see any other way around it, except, to give up, and let the Labour Right have the party, and maybe join the Greens?  If Corbyn wins the leadership again, surely push will have come to shove?

Posted by Mike Shaughnessy at 12:50