Of course there are ‘Trotskyists’ in the Labour Party 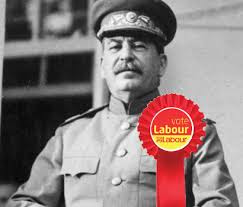 The highly entertaining Labour leadership contest has taken a bizarre turn, with the Party’s Deputy Leader Tom Watson claiming to have evidence of “Trostkyist” infiltration into the Labour Party and Leader Jeremy Corbyn accusing Watson of talking “nonsense”. The reality is that they are both talking nonsense: of course there are “Trotskyists” in the Labour Party (and former Communists, anarchists, Liberals, Greens and even Tories – both signed-up members and ideological sympathisers, such as Tony Blair). Just as the Conservative Party contains various closet UKIPers, Bullingdonists and even the Monday Club which was founded in 1961, in the belief that the Macmillan government had taken the party too far to the left. That’s just the nature of politics.

But it’s also nonsense for Watson to claim that among the thousands of new Labour Party members who joined to support Corbyn are caucuses and factions that will “end up destroying the institutions that are vulnerable, unless you deal with it.” Apart from demonstrating a long-held and probably irrelevant fixation on one particular anti-Stalinist Russian (a young politically active friend asked, in all innocence: “who is Trotsky and why is he such a problem?”), Watson appears to be ignoring the history of the Labour Party.

Labour was created (rather than destroyed) when several left-wing groups, including the Independent Labour Party, the intellectual and largely middle-class FabianSociety, the Social Democratic Federation and the Scottish Labour Party, came together in the late nineteenth century. Their aim was to provide political representation to the growing urban proletariat and working class males, who had recently been given the right to vote.

Even in those early days the more radical elements gave the leadership grief. During the First World War, mainstream Labour supported Herbert Asquith’s Liberal-led war-time coalition government, whereas the Independent Labour Party was instrumental in opposing conscription through organisations such as the Non-Conscription Fellowship, while a Labour Party affiliate, the British Socialist Party, organised a number of unofficial strikes.

Tensions between the Labour leadership and the party’s various tendencies and philosophies are the norm. Those of us not suffering short-term memory loss might well remember the 1980s and 1990s, when Labour Leader Neil Kinnock confronted the Militant tendency, a left-wing group, based around the Militant newspaper. Militant attempted to defy the leadership’s position by organising rebellions against a number of Conservative government initiatives, such as restrictions on local authority spending and the Poll Tax. Its leaders and most of its membership were expelled via a series of purges. Militant dissolved in 1991 and reconstituted itself as Militant Labour, which became the Socialist Party in 1997.

A notable exception to inner-Labour Party agitation was the New Labour years, which were the culmination of a project in the 1990s by the right of the party, gathered around Tony Blair and influencers such as Peter Mandelson and Gordon Brown, to rid themselves of turbulent elements through changes to the constitution and imposition of leadership-approved right-leaning and/or compliant Parliamentary candidates – hence the conflict between Corbyn and much of the Parliamentary Labour Party. Corbyn and supporting MPs, such as John McDonell and Diane Abbott, are largely survivors from pre-Blair times.

The uncharacteristically less unruly New Labour brought electoral success between 1997 and 2005. But following defeats in 2010 and 2015, the benefits of New Labour’s rightwards drift were questioned, resulting in Corbyn’s election as Leader and (to the horror of the “modernisers”) a potential return to Labour’s broad church of numerous philosophies and groups.

Even the most hard-hearted impartial observer can understand the frustration of Watson and his sympathisers in the Parliamentary leadership and National Executive that the radicals they thought they had eradicated are now re-emerging via the Socialist Party and other left-wing groups such as the Trade Unionist and Socialist Coalition, Left Unity, the Socialist Workers Party and the Alliance for Workers' Liberty. Members of many of these groups are active in Momentum, the grassroots organisation founded in 2015 shortly after Corbyn’s original election to the Labour leadership, which is campaigning vigorously for his re-election.

The Labour leadership’s response has been to return to some good old tried-and-tested banishing, for example via the (so far) successful bid by the Labour Party’s National Executive to bar some 130,000 new members, who joined less than six months ago, from voting in the forthcoming poll between Corbyn and challenger Owen Smith for the Labour leadership. The imposition of a freeze date was ostensibly to reduce the administrative burden of verifying thousands of new members. However, Labour General Secretary Iain McNicol admitted at the Court of Appeal hearing that Labour was concerned about members joining with the sole purpose of voting in the election rather than participating in the party more widely. Both Corbyn and Smith’s camps are firmly of the view that the majority of new members joined to support Corbyn.

It’s ironic that while Tom Watson and his allies attack the idea of left groups organising within the party, Labour organisers consistently call on members of other parties nationally and locally to vote for or join Labour to “kick out the Tories”. They seem to miss the logic that when a party tries to claim hegemony over left-leaning voters, members of left-wing groups might want to join and influence the party that purports to represent their interests.

They have also so far dismissed the more honest and fool-proof, if longer-term, solution to entryism: proportional representation (PR) for general elections, which would enable different political strands to openly present their platforms to voters rather than trying to influence the one apparently left-of-centre party. It’s not such an unthinkable concept. PR, in a variety of guises, is used to elect Parliaments in 21 out of 28 Western European countries. Each produces a parliament that more closely reflects the democratic preferences of the electorate than Britain’s archaic first-past-the-post (FPTP) system and, arguably, results in richer political debate in and outside parliament.

Labour did not support the alternative vote PR system proposed in the 2011 referendum. Some prominent Labour Party figures, such as John McDonnell, have since called on the party to support PR but most leading party figures still oppose it, despite the Conservatives winning the 2015 General Election based on support from just 24 per cent of those eligible to vote. Of particular dismay to Labour was the result in Scotland, where the Scottish National Party won 56 of the 59 seats based on 50 per cent of the vote.

The official reasons given by Labour for opposing PR include the possible loss of MPs’ local accountability if the constituencies are too large, the impact of boundary changes and the likely increase in Parliamentary representation for far-right parties such as UKIP. An unofficial (but probably more relevant) reason is that the party’s organisation and political positioning in recent decades has been based on playing the FPTP system for all its worth by winning over floating voters in key marginal constituencies. Hence the suppression of left-wing debate and focus on middle-ground, middle-England politics. It would be a major shake-up for Labour to develop genuinely progressive, innovative policies to try to win over hearts and minds in PR-based elections. Even worse, PR might mean having to share power and forge alliances with the wide range of Socialist, Communist and Green parties typical of many European parliaments.

Yet, Labour’s leadership might have to overcome its distaste of PR if it is to stand a chance of forming a government in the foreseeable future. The substantial pro-Brexit vote among Labour supporters in the EU referendum and the rise of UKIP indicates that the party may no longer be able to count on victory in formerly safe Labour seats outside of London and the South-East. Similarly, support for the SNP in former Scottish safe Labour seats remains strong.

And, possibly most importantly for this most navel-gazing of parties, it might be the best way of reducing the numbers of turbulent priests in the party’s supposedly multi-denominational broad church.

Dee Searle is a member of the Green Party Executive Committee and founding editor of Red Pepper magazine and a Green Left Supporter
Posted by Mike Shaughnessy at 10:29