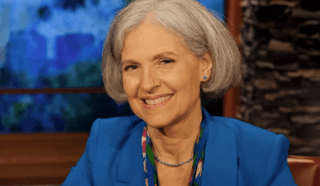 Soured by the Democratic Party's documented bias for presidential nominee Hillary Clinton over rival Bernie Sanders, the Vermont senator's supporters are considering the Green Party, which is holding its national convention this week in Houston.

The 2016 Green Party Presidential Nominating Convention in Houston, Texas, opened Thursday, August 4, and will run through the weekend. The party is expected to choose Massachusetts physician Jill Stein as its presidential nominee, along with her running mate, vice-presidential candidate Ajamu Baraka, a human rights activist. Stein was the party's presidential nominee in 2012.

The Green Party is poised for what could be an historic national election, as Greens are running in hundreds of campaigns across the US for offices as high as US senator. Stein has officially qualified to appear on the ballot in 23 states and the District of Columbia, and is expected to qualify in as many as 25 more states by the early-September filing deadline, according to Mark P. Jones, of the James A. Baker III Institute for Public Policy at Rice University in Houston.

The Greens said they chose Houston, famous for being the epicenter of the American oil and gas industries, in part because of the party's advocation for alternative fuels and its broader concern over global climate change.

"We're putting out the message that we've got to break the addiction to fossil fuels," Scott McLarty, media director of the Green Party, told KPRC. "That it's really an emergency this century. The great crisis of the 20th century is climate change."

Activists Dr. Cornel West and YahNé Ndgo, both Bernie Sanders supporters, are the keynote speakers during the convention. West was appointed to the Democratic Party's platform drafting committee by Sanders. The activist raised concerns over the party's stance on Palestinian rights, and later endorsed the Green Party, saying "there’s no way, based on moral grounds, those based on my own moral conscience, that I could support [the Democratic Party] platform."

He added about Sanders' ultimate support for Clinton's nomination at the Democratic National Convention: "And once my dear brother moved into his endorsement, his strong endorsement of the neoliberal disaster that Sister Hillary represents, there was no way that I could stay with Bernie Sanders any longer, had to break with the two-party system."

West's discontent with the Democratic Party's platform is emblematic of many of Sanders' progressive supporters who are now considering a vote for the Green Party and Jill Stein in November's presidential election. In addition, revelations that surfaced just before the Democratic National Convention in late July showed that Democratic officials were working behind the scenes to ensure Clinton succeeded over Sanders in the party's presidential nomination race.

"I am still a Democrat, but I guess you could say we are a flight risk," Angelica Duenas, a former California delegate for Bernie Sanders, told RT in an interview from the convention hall at the University of Houston.

Duenas added that she and fellow Sanders supporters are attracted to Stein's presidential platform because it reflects Sanders' positions.

Responding to claims that voting Green is a wasted vote, or a vote that supports Trump, Duenas said the Democratic National Committee, the party's leadership arm, "had an opportunity to choose a stronger candidate that would definitely beat Donald Trump come November and they did not. At this point, we are not going to be influenced by fear tactics and the boogeyman narrative that they're painting."

Arn Menconi, a Green Party delegate and candidate for US Senate in Colorado, said the high voter dissatisfaction with both Clinton and Trump is an opportunity for a third party like the Greens to make inroads with disaffected Americans fed up with the two major parties. In fact, the party's theme for its 2016 convention is 'Houston, we have a solution. Vote Green 2016.'

"People are looking for someone, who's somebody I can trust, who is someone authentic, who's not taking special interest money," he told KPRC.

The Green Party's rising profile in 2016 will help the party's recognition and stature in the future. The Greens, like any third party that struggles for ballot access, must win a certain amount of support to maintain its ballot status in a state like Texas. For instance, one of the eight statewide Green Party candidates in Texas must win at least 5 percent of the vote in November for the state Green Party to avoid a laborious ballot access campaign in 2018.

"To qualify for ballot access in two years, the Green Party of Texas would have to obtain 47,183 valid signatures in less than three months from registered voters who did not vote in the 2018 Democratic or Republican primaries,"explained Mark P. Jones.

"Since many signatures end up being invalidated, the Greens would need to gather close to a 100,000 signatures to safely cross this threshold and qualify for ballot access, a Herculean task for a party with very limited resources."

Posted by Mike Shaughnessy at 07:16