Will Cannabis use be Legalised in the UK? 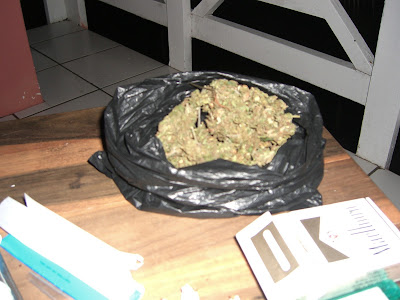 I’m not known for heaping praise on the Liberal  Democrat Party, but hats off to them on this issue. As The Independent reports today, the Lib Dems set up an independent panel of experts to look into legalising cannabis in this country, comprising of, scientists, academics and police chiefs, which has recommended making the currently outlawed drug legal.

This follows in the wake of a shift in thinking around the world, with the realisation that the ‘war on drugs’ has been an abject failure in preventing the use of drugs, including cannabis, and costs a huge amount in public resources, and all for what? What is the point of criminalising people in possession of small amounts weed?

In the US, Colorado and Washington have legalised cannabis use, whilst Uruguay has followed suit. Jamaica has legalised the possession of up two ounces of the drug and Canada looks set to regulate cannabis use in the near future too.

The panel recommends the UK taking a similar approach to that of Uruguay, which is a less commercial model than in Colorado, where cannabis can be bought over the counter at licensed outlets, quite possibly chemist shops here and small scale cultivation for self use is allowed. Cannabis clubs could also be allowed to sell the drug to their members.

There would be a state regulator, similar to Ofcom or Ofwat, and perhaps it will be called Ofhead?

At present, in the UK, cannabis is an illegal class B drug, with a maximum penalty for possession of relatively small amounts, of five years in jail. Cultivation and supplying the drug has a maximum custodial sentence of 14 years. In practice, many police forces around the country will issue only police cautions to those caught in possession of small amounts.

One of the few benefits of the government’s slashing of public spending in London, has seen the police abandon the practice of descending on underground station forecourts with cannabis sniffer dogs, to catch people carrying a bit of weed. As I say, often this only results in a police caution, but it is harassment all the same. The police have rightly identified this activity as a waste of money and resources, for no real benefit to policing the city.

Allowing home cultivation and legal suppliers is actually likely to reduce crime generally, as the criminal gangs that make a lot of money supplying cannabis will become redundant, with all the savings for police resources that will entail. Prohibition just doesn’t work. On top of which, the panel believes legal sales could raise up to £1 billion in tax revenues.

So, the case is over whelming, and frankly obvious to anyone who thinks about it for five minutes. Will it happen in the UK? I have to say, I very much doubt it. The Daily Mail would be outraged, as they peddle a kind of Victorian morality where no one is allowed to enjoy themselves.

Indeed, all illegal drug policy needs to be rethought through, with it being treated as a health and education issue, not one for the criminal justice system.

This is what a Home Office spokesperson said on the matter, as reported at the UK Huffington Post:

"clear scientific and medical evidence that cannabis is a harmful drug which can damage people's mental and physical health, and harms individuals and communities". The government has no plans for any changes to the law.

As if alcohol is any different, in fact it is much more injurious to physical and mental health, not to mention the problems caused by drink related violent crime.


Our politicians have a blind spot on this, or probably more likely they know the facts but are too scared of upsetting some of the reactionary elements in the mainstream media, to allow sound logic to dictate drug policy.

Posted by Mike Shaughnessy at 10:40