Why Labour Lost the General Election 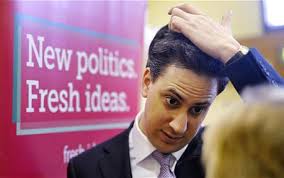 The New Statesman this week publishes findings from a leaked Labour Party report into why voters shunned the party at last year’s general election. The report is based on findings from the BritainThinks consultancy’s study of focus groups last summer, and explores the reasons why Labour did so poorly.

The results will hardly be a surprise to anyone, but this does back up the feelings that I had at the time, when I did expect a poor performance from Labour, albeit, that I thought the Tories would be short of an overall majority. The main reasons that people say put them off voting for Labour are summarised below:

Voters felt that Labour when in government wasted money and spent it on the wrong things, particularly welfare benefits and bailing out the banks. Whilst it is true that Private Finance Initiatives (PFI) and Public Private Partnership (PPP) under Labour were very poor value for money, this was something started by John Major’s Tory administration in the 1990s. Typically, huge amounts are charged by private firms over 25 years or so, for new hospital buildings etc, when a refurbishment would have been much cheaper, but businesses were not interested in that.

Many hospital trusts are struggling financially today because of these huge payments they have to make. The bank bail outs were probably a necessity when the crisis unfolded, but they were left in the hands of the private sector, and continued to pay huge bonuses to senior managers. They should have been nationalised.

But, the Tories would no doubt have done the same thing, and they would probably have deregulated the banks even more than Labour. What seems to have happened is that Labour failed to challenge the Tory narrative, of Labour being wasteful spenders, with barely a peep out of Labour on the matter. Once this took hold, they were never going to win. Why were they so silent in their own defence?

The same with welfare benefits, the Tories put it about that all those on benefits are work shy scroungers, when half of the welfare bill is spent on pensioners. Again, why no rebuttal from Labour?

Labour was seen as uninspiring, defensive and unimaginative, and the leader Ed Miliband was the personification of this. One voter described Miliband as having ‘the appeal of a potato,’ and many were motivated to keep him from being Prime Minister. At first I saw Miliband as a thoughtful type, who would build up his profile as he went along, but for some reason this just didn’t happen, and he looked like a rather hapless character. This was summed up with him falling off the stage at the end of the first televised debate.

I suspect some of his more radical ideas were stymied by the shadow cabinet, but he would have been better to have  gone down being his own man, rather lose so meekly, just to keep his colleagues happy. Perhaps his only achievement was keeping the party together, as we see now, it is riven with division, since Corbyn became leader.

Scottish voters saw Labour under Miliband as pretty much a continuation of the Blair/Brown new Labour approach, which the Scots felt had been a huge let down. Labour was seen as a less competent version of the Tories. Miliband standing shoulder to shoulder with Cameron in the independence referendum did not help either. The Scots now pin their hopes on the SNP, who they see as competent and more socialist. Scotland looks to be beyond Labour for a generation at least.

For English voters, the prospect of a Labour SNP coalition was feared as favouring the Scots over the English and with a respected leader in Nicola Sturgeon, who it is perceived, would wipe the floor with Miliband.


Not many crumbs of comfort for Labour in these findings, but the Tories are still not particularly liked, and if Labour did get its act together with a popular leader and clear definition of what it is about, they could be reconsidered. Whether Corbyn’s Labour can do that, is still a very open question. The in fighting in the party will not help that cause, and Labour looks to be staying in the wilderness for the foreseeable future.

Posted by Mike Shaughnessy at 13:24