Ecosocialism is the Struggle for the Commons 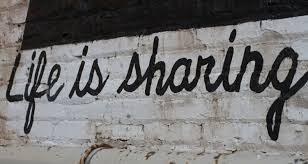 The term ‘commons’ has some different meanings, for example, the UK Parliament House of Commons, this though refers to ‘commoners’ in England, not people of nobility. In practice these commoners were not ordinary common people but the emerging middle class of traders, merchants and factory owners. It served to separate the powers of state with the House of Lords (the nobility).

The most widely accepted meaning of the ‘commons’ is always mentioned in connection with ‘enclosure’, i.e. what was once common land is appropriated by private interests. In the pre-capitalist era, by the crown and nobility in Europe, whereby they forced people off this land, and then charged them a rent to come back and farm it.

By the time of the industrial revolution, with the capitalists (commoners) replacing the nobility in terms of wealth and power, the little people were needed in the factories in the cities, not in the countryside. People were forced from their common lands with violence, and with no other means of survival, headed to the cities to work in the factories, where their labour was commodified and life was tough and alienating.

This means that the primary producers of society are separated from their means of production and the rulers are made richer by the enclosing, and the creation of private property is the precondition of capitalism. The history of capital is of a remorseless take-over of collective and organic relationships, to create private property by destroying the commons and embedding this in the accumulation of capital. A productive system that worked perfectly well for the people and for our ecology for thousands of years is destroyed, and replaced by one which works for neither.

If we think about the ‘global commons’, in the sense of things like the Firefox browser, Wikileaks, Wikipedia, Anonymous, the Linux operating system, peer to peer sharing, commons publishing licences and indeed this blog, then this is a sort of commons. I think we all welcome this type of sharing model and would resist it being completely enclosed, but this is hardly on a level with the above enclosures. It does though have the potential for living outside of the capitalist system, and so is a real example of a different way of doing things.

What we saw in the real enclosures was a battle of capital against land owners, with the prize of the third and absolutely vital factor of production, labour. This was also the beginning of the destruction of our ecology, with factories spewing out all kinds of toxic waste, and began the process of ‘climate change’ that we are seeing today. But there was a struggle against the enclosures, and there still is today in many parts of the world, it is always a point of conflict; which has the potential to create a crack in the system, and should be supported by ecosocialists.

But today, in England, with hardly any common land left, how can ecosocialists fight against commons enclosures?

The commons doesn’t need to be rooted to a strip of land, it is an idea about struggle against property and commodification, and the battle between the commons and those who would enclose it manifests itself in many ways.

Local issues like pollution and fracking are fighting for a commons cause against those who would exploit nature for capital gain, at the expense of public health. Campaigns to save parks and open spaces, and for public rights of way are all defending what is left of the commons. On a wider level, campaigns against globalisation and war are for a better commonality for the people.

In London, housing that people can afford is a huge issue, it is becoming too expensive for even average wage earners to buy a property and private rents are astronomical, and council housing is being sold off under the Right to Buy. And whilst all this going on, many London Councils are doing property deals with developers that knock down old estates and replace them with new, mainly for sale flats, with a few available at an ‘affordable rent’, which is 80% of the market rent, and not affordable for most people.

The housing action groups that have sprung up to defend their estates, not always successfully, have the spirit of the commons alive within them, fighting against private property and to defend the commonly held housing stock.

I’ll leave the final word to ecosocialist writer Joel Kovel, commenting on these type of struggles, from his book The Enemy of Nature:


‘Each in its way is a battle for a kind of commons, a piece of human ecosystem, more integral, more formed, more realised. Each points towards ecosocialism.’

Posted by Mike Shaughnessy at 12:02