Is the Labour Right Limbering Up for Leadership Coup? 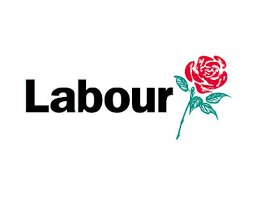 Much of the media are reporting today’s speech by Labour MP, Dan Jarvis, to the think-tank Demos, in terms of a thinly veiled bid for the leadership of the Labour Party. The Guardian reports, ‘Dan Jarvis distances himself from New Labour as leadership talk grows’, which is typical of the coverage. For those interested in the finer details, Labour List has reproduced the speech in full.

It has been clear ever since Jeremy Corbyn was elected Labour leader last year, that the right of the party, especially Labour MPs, have been mobilising to launch a coup, when they think they have a chance of toppling the incumbent. It has also been clear that the Scottish Parliament, London Assembly and English council elections in May would be the earliest opportunity available to mount a challenge to Corbyn, if Labour does badly in these elections.

Jarvis has been rumoured as a possible candidate to stand for the leadership for a while now, and another MP on the right, Rachel Reeves, is being talked about as a possible shadow Chancellor, in a Jarvis lead Labour, and she did nothing to dispel this notion in her own speech on Monday about economic matters.

The soundbite Jarvis leaked to media ahead of his speech was the shameless reworking of Tony Blair’s ‘tough on crime, tough on the causes of crime’ slogan when he was shadow Home Secretary in the 1990s. Crime was replaced by ‘inequality’ in the Jarvis version of the phrase but he also made supportive noises about trade unions, in a pitch for the soft left Labour vote.

Meanwhile, Momentum, the Labour party grass roots organisation, formed by Corbyn supporters in the wake of his victory in the leadership election, has vowed to fight off any attempt at a coup.

First things first though. Will Labour do badly in the May elections? Jarvis has been talking up the idea that Labour should do well in these elections, but I think it is bound to be a mixed bag for them.

Labour is not making any impression in Scotland, but that is hardly Corbyn’s fault, since it has been Labour's steady march to the political right over 30 years that has eroded their support north of the Border. I suspect the Scots are sceptical that Corbyn will last the course as leader, or in any event will not win a general election, and are showing no signs of breaking with their new party political home, the SNP. A Jarvis leadership would do nothing to change this anyway.

In the council elections, Labour did pretty well the last time these elections came around, something of an electoral high point in former leader Ed Miliband’s regime. Labour will be lucky to repeat this feat though, and they are likely to lose some councillors and control of a few councils. Given the vitriol poured on Corbyn and his supporters by the mainstream media since he became leader, I will be surprised if Labour don’t do worse than last time.

London may be a different story though. Labour is strong in the capital and opinion polls show Labour’s mayoral candidate, Sadiq Khan, in the lead. This, despite a right wing campaign to try and paint Khan, as some sort of terrorist sympathiser. One caveat on this though, if the Tories can mobilise the outer London vote, and Labour fail to get the inner London vote out, the Tories could win London.

Even if Labour do badly in these elections, it is hard to see anyone defeating Corbyn in a ballot of members, so soon after his overwhelming win last summer. But the Labour right seem to have a plan. Mindful of the fact that not many Labour MPs support Corbyn, if they do force another leadership vote, they might be able to bar Corbyn from standing, as he would not get enough MP nominations next time. Under the current Labour Party rules, they may have a case. No one ever thought that an incumbent leader would not be able to muster the support of 15% of Labour MPs and MEPs.

Corbyn’s supporters are trying to change these rules, and they may succeed, but even if they don’t, I can’t really see a leader elected so convincingly by the membership, being barred from standing in a future election, not now anyway, after less than a year as leader. Labour MPs would look vindictive and anti-democratic.


My bet is, that no challenge will come this year, but I certainly wouldn’t rule it out at some stage in this Parliament. I think the right will need much more evidence of likely election failure to make a credible case for ditching Corbyn.

Posted by Mike Shaughnessy at 12:30