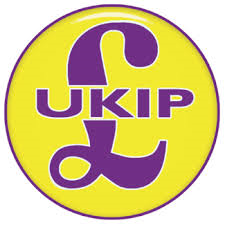 I left off the minor parties and independents who got less than 100 votes. I only include the Loonies to give context to the Lib Dem vote.

So, UKIP won its second seat in Parliament with a majority of 2,920 on a turnout of 50.67%. Of course by-election results can be deceptive, and voters behave differently at general elections, but this result will do nothing to settle the nerves of Conservative, Labour and Lib Dem supporters.

The Conservatives put a great deal of effort into defending the seat after the defection to UKIP of Mark Reckless MP, and they have been managing expectations down all week, to such an extent that they now claim the result is better than predicted. There is some truth in this, but I suspect that Labour and Lib Dem voters backed the Tories to some extent, as the best placed anti UKIP party. Such is the perversity of our First Past The Post electoral system.

But behind the spin this is a terrible result for the Tories just six months before a general election. It is also a personal humiliation for the Prime Minister, who made five visits to the constituency during the election campaign. If they want to win the general election next year, then this is just the sort seat they need to retain, and a seven point deficit to UKIP is nothing short of a disaster.

The only thing that will have cheered the Tories, is that once again Labour stole the show and deflected attention onto Emily Thornberry’s ill-judged tweet mocking white man van and his flag draped house. This was a Labour seat up until 2010, so to finish such a poor third doesn’t suggest Labour will do better at the general election either.

But for complete and total humiliation, we once again must look to the Lib Dems. To gain only 349 votes and 0.87% of the total cast, is risible really.  This is the eleventh time this Parliament that they have lost their deposit in a by-election and represents the worst result in their history (including when they the Liberals) and worst for any party of government in a by-election. Oblivion beckons, and over on the LibDem Voice site, some are calling for Nick Clegg’s head.


As for the Green candidate, 4.2% is not spectacular, but this is a pretty no hope seat for us, and normally I expect only about 1 or 2%, but we are of course not in normal times. If this continues, we should at least save many deposits in the general election, and where we are stronger, deliver some MPs too.

Posted by Mike Shaughnessy at 10:56