No More Deaths From Fuel Poverty 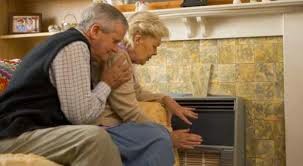 Why? Because this is the day that the Office of National Statistics will also be releasing the numbers of ‘Excess Winter Deaths’ in winter 2013/2014- and it’s estimated that at least 30% of these deaths caused by the impacts of living in a cold home. Shockingly, in winter 2012/2013 there were more than 10,000 deaths in the UK from cold homes (with 31,100 Excess Winter Deaths recorded in total) whilst in the same year the Big Six energy companies- British Gas, E.On, EDF Energy, npower, Scottish Power and SSE- made £3.7billion in pure profit.

Fuel Poverty Action, the Greater London Pensioners’ Association and Reclaim the Power are inviting everyone angry about fuel poverty, deaths from cold homes, Big Six polluting and profiteering, lack of government action on badly needed home insulation , home break-ins by energy companies, benefit cuts and more to come and join the march and ‘powerful and creative’ action outside Energy UK.

We are also inviting you to attend the end of the protest where there will be n ‘Energy Rights teach-in’ – where we will learn, collectively, how to negotiate if you’re in debt to your energy supplier or steps that you can take if you can’t afford your bill. We will also read out Fuel Poverty Action’s ‘Energy Bill of Rights’ which recently had a rowdy launch in Parliament- a Bill of Rights that asserts our right to access affordable, sustainable and democratic energy as well as decent housing that doesn’t waste heat. We think that until we make real demands about our Energy Rights we will continue to be at the whim of the profiteering companies and couldn’t-care-less government.

Join us to express sadness, anger, solidarity and to point fingers at some of those responsible for outrageous cold home deaths. Take action with us this Friday 28th November.
Facebook event: https://www.facebook.com/events/1486809398267145/?ref=ts&fref=ts

From Fuel Poverty Action published at UK Uncut
Posted by Mike Shaughnessy at 11:26