Tories Set Out Their Manifesto – Even More Fleecing of the Poor 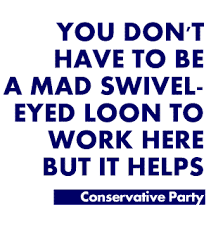 Should we be surprised that the Tories strategy for next year’s general election is to further crack down and demonise those of our citizens on welfare benefits? No of course not, it has been the central plank of their policies over the life of this Parliament. Indeed, it is probably their most popular (perhaps only popular) policy, whereby the financial crash of 2008 and all of our economic woes thereafter, have been laid firmly at the door of those least able to shoulder it, and the least to blame for the catastrophic collapse of the whole neo liberal edifice.

A flag ship policy of further screwing down the benefit cap (from £26,000 pa to £23,000 pa) and a freeze on all ‘working age’ benefits until 2017 was unveiled at this week’s Tory party conference. These benefits have been subjected to well below inflation increases of 1% for the past five years and this doesn’t include cuts to Council Tax Support in many areas (local authorities now administer this with a 10% cut in their block grant). Also, the CPI measure of inflation now favoured by the government does not include housing costs, with rents rising rapidly, particularly in London and the bedroom tax to pay too. As many as 7 million of these claimants are actually in work, on poverty wages, whilst tax is cut for the wealthiest people. 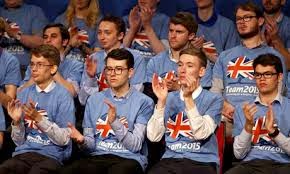 In a further humiliation for benefit claimants, Ian Duncan Smith, the Work and Pensions Secretary, announced plans to introduce ‘pre-paid cards’ for benefits payments rather than cash, which would prevent the money being used to fund alcohol, tobacco, gambling and illegal drug addictions. Given that many of the long term unemployed have problems with addictions, I would expect this to lead to a rise in crime, apart from being a thoroughly authoritarian action.

Duncan Smith is the most incompetent member of the cabinet, having already wasted hundreds of millions of pounds on his Universal Credit shambles and routinely puts out at best inaccurate information on benefit claims, at worst downright lies. That he remains in post at all is down to the popularity of welfare claimant bashing and his support from right wing Eurosceptic Tory MPs, those who haven’t joined UKIP, anyway. George Osborne has got one thing right, Duncan Smith just isn’t really that clever.

But even by the Tories own measure, that of reducing the budget deficit, the government’s policies are failing. The deficit actually rose last month and is forecast to continue to rise until the end of the year at best, leaving it not far short of what they inherited, after all of the pain inflicted by the austerity economics of this administration.

If ever we needed a reminder of just how nasty the Tories are, we have seen it this week. Next May, I hope the decent people of Britain will see through all the smoke screens and deceptions, and kick these malicious bastards out of government.

Posted by Mike Shaughnessy at 10:37