Antifascist demo in Cricklewood sees off squad of racists 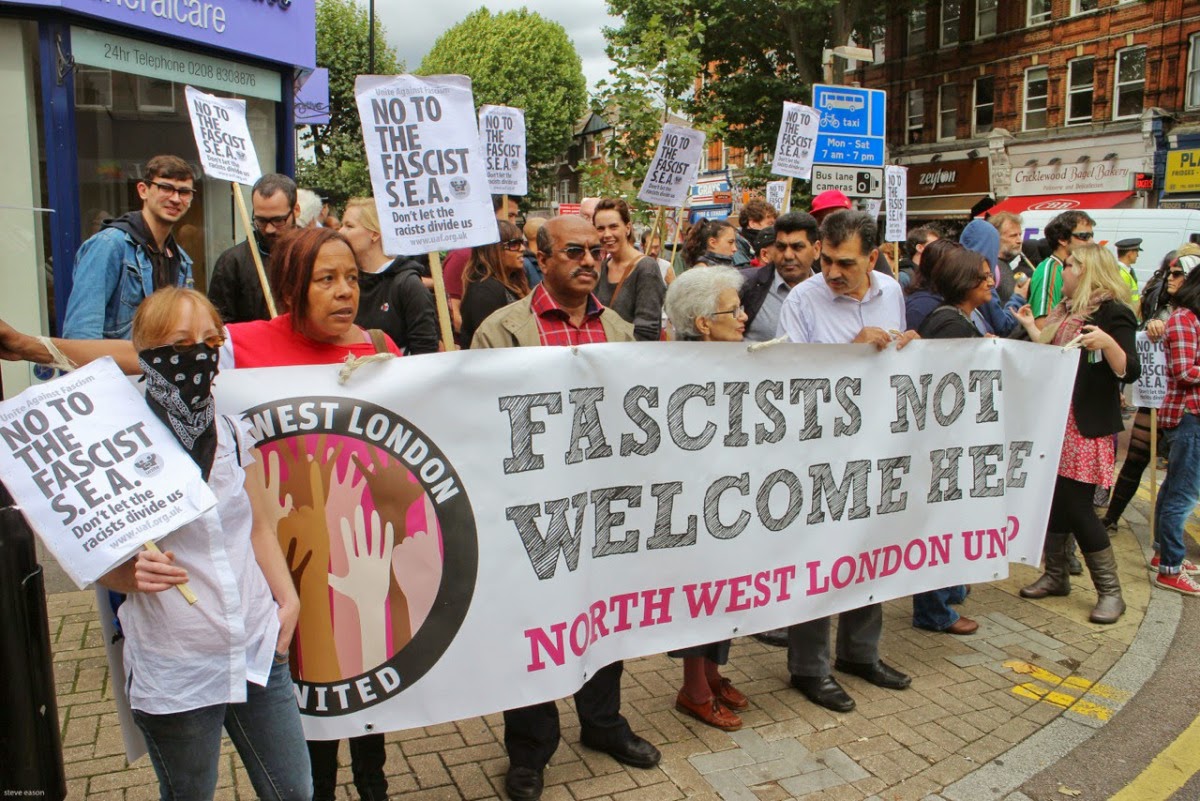 Some 130 protesters from North West London United and the Anti-Fascist Network easily outnumbered a crew of 18 fascists who called themselves the South East Alliance. The only repeatable comment from the fascists was: “We’ve only been in Cricklewood five minutes and we don’t like it.”

The crowd on our side included local UAF activists,  workers in the RMT transport union, plus Palestine solidarity campaigners, Greens and Polish antifascists.

The fascists, fittingly, assembled outside a funeral directors. They claimed they were in Cricklewood to protest against the Muslim Brotherhood.

Report from rs21
Posted by Mike Shaughnessy at 13:14