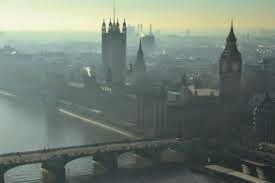 On 10 September 2014 the Environmental Audit Committee will be taking oral evidence from Boris Johnson, Mayor of London; and Matthew Pencharz, the Mayor’s environmental and energy advisor, in connection with the Committee’s air quality Inquiry.  The meeting will take place at 2.15pm, Thatcher Room, Portcullis House.

The session will cover the role of local authorities in tackling air pollution including the Mayor of London’s air quality manifesto launched on 29th July 2014. If you follow that link you will find a highly spun version of Boris Johnson’s achievements on air quality in London. The facts point in a rather different direction than the rosy picture painted by the Mayor.

The "environmental lawyers" ClientEarth have revealed that the UK Government tried to suppress information on its pollution target compliance using rules on legal privilege, seemingly unaware that it was to be published on Defra’s website.

The figures published by Defra (Department for Environment, Food and Rural Affairs) show that the UK Government does not expect London to meet its Nitrogen Dioxide (NO2) legal limits until after 2030, according to revised projections released today. Previously projections from DEFRA and City Hall had put the date at 2025. The original legal compliance date was 2010. DEFRA estimates that around 4000 Londoners a year die prematurely due to air pollution.

ClientEarth has brought the case against the UK Government on behalf of its citizens for its failure to adhere to legal pollution limits set by the EU to protect the public's health. The case was referred to the Court of Justice of EU by the UK Supreme Court where it is currently being heard. Commission lawyers described the case as “perhaps the longest running infringement of EU law in history”.

Alan Andrews, a lawyer for Client Earth said: “It’s bad enough that the government has no intention of complying with these limits in the foreseeable future. It’s even worse that they’re trying to hide behind legal procedural rules to keep this quiet. We have a right to breathe clean air and the right to know when the government is failing to protect us."


So, what is the truth about London’s air quality? I think anyone who walks around central London particularly, could not fail to notice that it is poor, to say the very least. Let’s hope that the Environment Audit Committee get to the bottom of this seemingly contradictory tale of two cities.

Posted by Mike Shaughnessy at 07:28