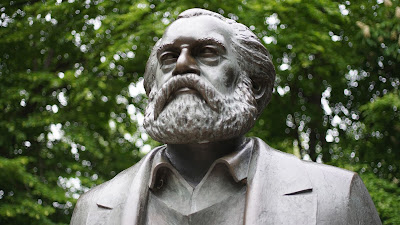 Written by Sukanya Maity and first published at Sociology Group

Synopsis: Nature and Capitalism are in an enduring conflict as we witness the exploitation of labour and natural resources simultaneously – clearing of forests because of large scale corporatisation and destructiveness disguised as development. Ecological Marxism is a subfield of Sociology which seeks to study the dialectics of nature from a Marxian perspective and challenges the concepts of conservation and sustainable development. This article will focus on the brief history of its development and the possible reasons triggering its academic growth and importance in recent times.

According to Clark and Foster, “the problem of nature is a problem of capital”. Ecological Marxism is the application of Karl Marx’s theories to the study and analysis of the environment and its related impacts and processes. The term ‘ecology’ was first coined in 1856 by Ernst Haeckel, a German.

The term, when initially coined, was used synonymously with Darwin’s loose concept of the “economy of nature”. This would later stimulate further developments in botanical studies and their complex plant components in the early twentieth century. Advances in ecosocialist theories speak volumes of the growing importance of Marx’s metabolic and materialist approach in studying the interchange between humans and nature and the relation they share. Marx’s ecology serves as the best foreground for studying environmental degradation, through his analysis of capitalism and how it favours the accumulation of private property and prioritises profit over the protection of the environment.

In 1935, Botanist Arthur George Tansley, a Fabian-type socialist and the founder of British Ecological Society, introduced the concept of the ecosystem in a theoretical polemic against the racist ecological “holism” of General Smuts and his followers in South Africa. Tansley developed a materialist approach to ecology which incorporated both organic and inorganic processes. Related developments took place in the Soviet Union. Vernadsky, in his 1926 work The Biosphere argued that life existing on the superficial realm of a planetary sphere itself acted as a geological force affecting the earth and had an effect on the planet which grew extensive with time.

Ecosocialist theories focused on Marx’s works on Capitalism to understand the “ecological concept of his materialism” as well as to understand his critique of political economy that emphasised on the capitalist society’s transformation of material conditions on which all life depends. Inspired by the ancient Greek Philosopher Epicurus, Marx established a materialist conception of history and nature, which were interrelated in their own ways.

Marx’s value analysis (concepts of use-value and exchange-value) provided strong backing to his development of a concept of sustainable human development. His ecological materialism serves both as a philosophical orientation as well as a critical standpoint to assess the internal contradictions of a particular mode of production. In his ecological method, “human society is embedded in the physical world”.

Metabolic Rift between Nature and Humans

The aim of the Marxists was not to ‘Marxise’ ecology but to ‘ecologise’ Marxism. The concept of metabolism, on the other hand, was originally introduced by physiologists around 1815 to describe the physical exchange processes within the human body. German chemist Justus Von Liebig used the concept to refer to a series of natural cycles, which is also central to his critique of British agriculture. He analysed how irrational farming methods in the 19th century led to the depletion of the soil.

According to Foster, Marx “developed a theory of ecological crisis, now known as the theory of metabolic rift”. Marx perceived history and nature as one. Marx and Engels wrote in The German Ideology: “We know only one science, the science of history. History can be viewed from two sides: it can be divided into the history of nature and that of man. The two sides, however, are not to be seen as independent entities. As long as man has existed, nature and man have affected each other.” Hence, his historical materialism in itself embodies ecological materialism. Marx claimed that there was a “necessary metabolic interaction” between humans and the earth.

Natural processes like carbon cycle, soil nutrient cycle, production of fruits and so on makes it possible for humans to survive. Hence, he referred to the earth as a “universal instrument” since it not only provides the worker with the ground beneath their feet but also with sources of employment. It provides “the natural conditions of labour, such as fertility of the soil, mines, and so forth.” Labour, here, forms the basic component of metabolic interchange through which humans transform the earth. The development of Thermodynamics in 19th-century Physics conceptually integrated Marx and Engel’s analysis of metabolism.

With the advent of the capitalist economy which promoted the privatisation and centralization of capital, natural resources were heavily depleted and exploited to provide raw materials that would further fuel the growth of industries. This increase in social metabolism increased the demands placed on nature. As new technologies are used to curtail labour costs and expand production, capitalism and nature are caught in an “enduring conflict”. This drastically impacts the natural cycles, aids in climate change, and the regeneration of ecosystems.

The social metabolic order of capital also gives rise to ecological imperialism coupled with the expansion of the economic system. In the 19th century, intensive agricultural production in England contributed to a global metabolic rift. Millions of tonnes of nitrates and guano were transferred from Chile and Peru to the North, to enrich the exhausted soil. This involved the exploitation of not only nature but also labour as over 90,000 Chinese workers were forcefully transported to Peru to work on railroads and plantations. Marx claimed that this Chinese coolie labour system was worse than slavery.

The workers in the guano Islands were physically beaten, malnourished and not allowed to leave. The fertilizers that enriched the soils of North resulted in the exploitation and shortened life span of Chinese workers, exhaustion of natural resource and debt-burden of Peru. Marx also pointed out that artificial solutions like chemical fertilisers and their excessive use without addressing the problems in the social causes of metabolic rift eventually shifts the problem elsewhere which further augments the process of environmental degradation.

Capitalist growth also stimulates the continuous burning of fossil fuels and deforestation. Consequently, this increases the amount of carbon dioxide and the carbon metabolism of capitalism drives global climate change. Marx’s metabolic rift has also been used to study the marine environment which has been monopolised by humans leading to a transformation in the marine ecosystem through overfishing which has drastically impacted the population of aquatic species. Hence, socio-natural dislocations are by-products of capitalistic growth.

According to Clark and Frost, Marx is a scientist who seeks to trace the capitalist virus and is all the time searching for a remedy. Marx was highly inspired by James Maitland’s ‘Lauderdale Paradox’. Lauderdale informs the transformation of a fertile period through Dutch colonialists’ burning of spiceries and employment of native people to pluck young blossoms and green leaves from the nutmeg trees to kill them off and how the planters in Virginia were required to burn a certain amount of tobacco for every slave working on their fields.

Marx’s analysis of the destruction of natural wealth to augment capitalist production is evident in his rent theory which emphasises on the monopolisation of land and natural resources for the sake of private gain. Here, the analysis of metabolic rift and the destruction of natural resources through the valorization of capital that treats nature as a free gift, giving rise to Lauderdale Paradox are brought together. Hence, an elementary triangle of ecology emerges from Marx’s thought, which comprises of (1) social use and not ownership of nature, (2) rational regulation by the producers of metabolic relations between nature and humans and (3) satisfaction of communal needs, both of present and the future.

Herman Daly, an ecological economist pointed out that the return of Lauderdale’s Paradox has become more serious. He says that with the increase in the population, the free foods become scarce and get a price tag hence we notice an increase in private riches which are celebrated, but we fail to notice the decline in public wealth. In the 19th century, Lauderdale spoke about water as a potentially scarce resource. Today, drinkable water has become scarce and as a solution, the system is imposing on us private resources (through packaged drinking water) which furthers the problem of ecological scarcity.

Expropriation of the Commons

Lievens opines that capitalism attempts to turn away from human dependence on nature by turning nature into private property. However, the link between capitalism and ecological degradation doesn’t mean that pre-capitalist society was devoid of environmental crises, but, the crises remained limited to the local area but with the advent of capitalism globally, the environmental crisis has become global. Both labour and nature are exhausted by capitalist accumulation.

The property-owning class privately appropriated the traditional, community-based productions of the commons and hence, they had to face widespread popular resistance. Mass resistance movements arose as more and more forests were privatised. The German Peasants’ War of the 16th century which Engels referred to as the rock basis of modern class struggle, demanded an elected committee to protect common goods and prevent privatization or despoliation.

Lievens says that today, people are searching for a cure for the climate crisis which is compatible with private ownership but the privatisation of the commons has increased tenfold as the air (or oxygen) becomes a commodity which is privately owned in the context Kyoto Protocol.

The ecosocialist movement has adopted the slogan “System Change, Not Climate Change” to signify how a globalised capitalist system influences the current reality. Marxist ecological thinkers opine that in the not-too-distant future, there will emerge an environment proletariat through the combination of ecological degradation and economic hardships stemming from the lowest rungs of the societal ladder.

This will inevitably lead these proletariats or the working population to revolt against the existing system. The middle class often referred to as the petty bourgeoisie will be drawn to this struggle, the youth will be radicalized as they become disenchanted and women, who have been historically marginalised as well as majorly dependent on natural resources, will be at the forefront of this struggle.

Sukanya Maity is pursuing a Bachelor’s degree in Sociology from Jadavpur University, Kolkata. She is a feminist, anti-fascist and anti-capitalist and hopes to document the lives of remarkable women so that their stories don’t vanish into anonymity

Posted by Mike Shaughnessy at 06:31