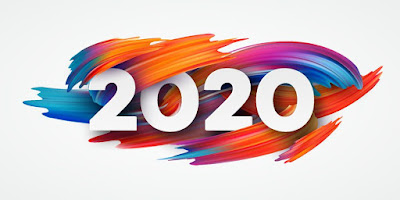 Below are the most popular posts on this blog, as judged by unique page views, by month, for 2020. A difficult year, for sure. The blog is closing now until January.

Green Left was formed in 2006 by members of the Green Party of England and Wales, as a grouping for ecosocialist and other anti-capitalist radicals and to raise Green party politics to meet the demands of its radical policies. As well as acting as an outreach body that communicates the party’s radical policies to socialists and other anti-capitalists outside of the party. More

I have recently been reading ‘The Emergence of Ecosocialism,’ a collection of essays written by the now sadly departed Joel Kovel. Edited by Quincy Saul, and published in 2018, the essays have all been published previously, albeit in subscription journals, mainly Capitalism Nature Socialism, which Kovel edited. One of the main themes that runs through much of the collection is for the need for green politics to fully embrace ecosocialism as its central philosophy, if it is to be effective in tackling the ecological crisis. More

The Ecosocialist Solution to Ecological Catastrophe

The ecological crisis is already the most important social and political question of the 21st century, and will become even more so in the coming months and years.The future of the planet, and thus of humanity, will be determined in the coming decades. Calculations by certain scientists as to scenarios for the year 2100 aren’t very useful for two reasons: A) scientific: considering all the retroactive effects impossible to calculate, it is very risky to make projections over a century. B) political: at the end of the century, all of us, our children and grandchildren will be gone, so who cares? More

Open Letter to Communists of The Whole World: Total Class War Is Coming

We are urgently calling for a shift in the strategy of all communists that takes into account the new reality created by the emergency measures imposed by the state on the capitalist accumulation process. Because of this pandemic, the state has been forced to shut down the capitalist accumulation process. Workers are off the job not because of a general strike, but because the state has closed all non-essential businesses. More

After the Pandemic – No Going Back to Normal?

It might seem a little early to be talking about after the Covid 19 pandemic, since it is still very much with us, but many nations now, including the UK, are starting to lift the mass lock-downs of their people. It varies considerably between nations, with the UK in the slowest lane, but it is happening all the same and thoughts are turning to what the recovery will be like. More

The affluent are consuming the planet to death – study

A new study published this month in the academic journal Nature Communications argues that, despite all of the talk about using green technology to address man-made environmental problems, the only way for human consumption to become sustainable is if we rein in the affluent. More

The party claims to do politics differently but in practice acts pretty much the same as other political parties. It is riven with internal tribalism; allows key decisions to be taken by small groups of well-connected members; prioritises electoral success over radical environmental campaigning; has a dysfunctional, partisan disciplinary system; engages in some questionable employment practices; and has become a platform for those with political or professional career ambitions and/or who want to advance a particular strand of identity politics. More

In Kovel’s essay which goes by the same title as this post, first published at Capitalism Nature Socialism in 2008, he looks into the possibilities that ecosocialism can bring in an age of climate crisis, wrought by a rampant, planet destroying, capitalism. More

The popular usage of “Anthropocene” to denote our current geological epoch is intended to highlight the negative impact of human activity on the climate, but in suggesting that all of humanity is equally culpable, it obscures the real cause of environmental devastation: the capitalist-imperialist destruction of nature. More

Ecosocialism and the Potential for Cultural Change

Ecosocialism is a wide ranging philosophy covering how we interact with our planet and how we interact with each other. The basic premise is that the capitalist system is inherently ruinous to the well-being of our planet’s ecology and all those who live on it, both human and non-human. If we are to solve the ecological crisis then ecosocialism demands an end to the capitalist system. In conventional terms, this is unthinkable, so how can ecosocialists make this proposition be an accepted reality amongst the majority of people around the world? I suggest that it means making a profound shift in cultural values, to bring about this change of thinking. More

New Year’s Eve 2019: 5,000 people on the beach at Mallacoota, Victoria, watch pitch-black skies turn a deep red as the bushfire approaches. They huddle, powerless against the fury of this climate change-fuelled nightmare. By March 2020, 33 people, one billion animals, 3,094 houses and over 17 million hectares of land had been destroyed in fires across Australia. More

Nature and Capitalism are in an enduring conflict as we witness the exploitation of labour and natural resources simultaneously – clearing of forests because of large scale corporatisation and destructiveness disguised as development. Ecological Marxism is a subfield of Sociology which seeks to study the dialectics of nature from a Marxian perspective and challenges the concepts of conservation and sustainable development. This article will focus on the brief history of its development and the possible reasons triggering its academic growth and importance in recent times. More

Posted by Mike Shaughnessy at 07:57