The Tories are now an Exclusively English Nationalist Party 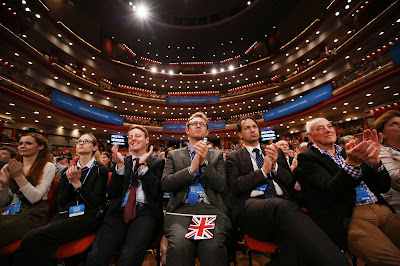 If any further evidence were needed of the direction of the contemporary Tory party, a YouGov survey of party members published last week has provided it. Sixty-three per cent of members said they would be prepared to accept Scottish independence to get Brexit, while 59 per cent said the same about a united Ireland. Just 29 and 28 per cent were opposed, respectively.


The drift towards this has been apparent for some time, with until the 2017 general election, the Tories being an endangered species in Scotland. The 2017 general election saw a recovery for the party, winning thirteen seats in Scotland. But that election was unusual in breaking the trend of the last forty years which had seen the both Labour and the Tories losing their share vote all across the UK. It looks increasing as though that election was a blip, in the trend though, rather than a sea change.

The figures quoted above are truly astonishing in many ways. The full name of the party is the Conservative and Unionist party, which refers to the union of England and Scotland, and should not to be confused with the Unionists of Northern Ireland, although these Unionists can usually be relied to support Tories, should they be needed. The union is now expendable, it seems, disregarded for their greater passion of Tory members, for Brexit.

Theresa May, the outgoing Tory prime minister, made a point of principle of not taking risks with the union with Scotland and Northern Ireland, but she is clearly in a minority in her party these days. Her stance almost certainly contributed to her downfall. The Tory party is a very different animal in 2019, to the one which May joined in the 1970s.

Which brings us to the current bore-fest, that is the contest to replace May as leader of the party and prime minister. I have yet to hear any of the contenders express the kind of view indicated by the YouGov survey. The future of the union with Scotland and Northern Ireland has not been a topic discussed very much at all as far I can remember, especially by the most hardline Brexiteer candidates. It would be contentious of course, but the possible break-up of the union is surely a relevant issue, in contest to become the prime minister of the United Kingdom?

The contenders were trying to win support from MPs from across the party in the first stage of the election, and Tory MPs maybe not be so gung-ho about ditching the union, but this issue will not go away when a successor is chosen. Scotland and Northern Ireland voted to remain in the European Union in 2016 referendum, and that sentiment seems if anything to have strengthened. A border between Northern Ireland and the Republic of Ireland, is very unpopular with both Irish neighbours, and a hardline, no deal Brexit is very unpopular in Scotland.

Looming over the Tory leadership contest is Nigel Farage and his Brexit electoral vehicle, which is not really a party in the traditional sense, with no members and no internal democracy. I doubt Farage will shy away from splitting the union in pursuit of a pure Brexit, because he has little support in Scotland or Northern Ireland. The Brexit ‘party’ is largely an English party, with even the support it has in Wales, coming from people who live in Wales, but self-identify as English.

So, the next Tory leader will, if they want to win a future general election, either have to run the risk of splitting the union or see their party replaced (as the English national party) by Farage’s Brexit party. It would likely lead to Labour winning the next election as the right would be divided, in the winner takes all electoral system in the UK. It wouldn’t entirely surprise me if there was some kind of electoral alliance between the Tories and the Brexit party at the next election, even a merger.

Who would have thought that the English Tory party would be the catalyst to an end of over 300 years of union between England and Scotland and the admittedly overdue uniting of the island of Ireland into one independent country? The arrogant English vote is all that is left for the Tories, and they only have themselves to blame.

Posted by Mike Shaughnessy at 05:17