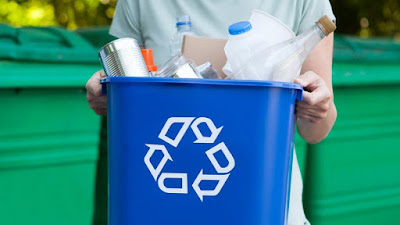 Written by Mary Annaïse Heglar and first published at Vox


I’m at my friend’s birthday dinner when an all-too-familiar conversation unfolds. I introduce myself to the man to my left, tell him that I work in the environmental field, and his face freezes in terror. Our handshake goes limp.

“You’re gonna hate me …” he mutters sheepishly, his voice barely audible over the clanging silverware.

I knew what was coming. He regaled me with a laundry list of environmental mistakes from just that day: He’d ordered lunch and it came in plastic containers; he’d eaten meat and he was about to order it again; he’d even taken a cab to this very party.

I could hear the shame in his voice. I assured him that I didn’t hate him, but that I hated the industries that placed him — and all of us — in the same trick bag. Then his shoulders lifted from their slump and his eyes met mine. “Yeah, ’cause there’s really no point trying to save the planet anymore, right?”

Sadly, I get this reaction a lot. One word about my five years at the Natural Resources Defense Council, or my work in the climate justice movement broadly, and I’m bombarded with pious admissions of environmental transgressions or nihilistic throwing up of hands. One extreme or the other.

And I understand why. Scientists have been warning us for decades that humans are causing severe and potentially irreversible changes to the climate, essentially baking our planet and ourselves with carbon dioxide. A 2018 report from the Intergovernmental Panel on Climate Change warned that we had roughly 12 (now 11) years to make massive changes that could stop the worst impacts of climate change.

Once upon a time, perhaps, we needed a strong grasp of science to understand climate change, but now all we have to do is look at the daily headlines — or out our windows. From the Camp Fire, a devastating California wildfire that was exacerbated by dry, hot weather, to Hurricane Michael, a storm that rapidly intensified due to increased sea temperatures, climate change is here.

I don’t blame anyone for wanting absolution. I can even understand abdication, which is its own form of absolution. But underneath all that is a far more insidious force. It’s the narrative that has both driven and obstructed the climate change conversation for the past several decades.

It tells us climate change could have been fixed if we had all just ordered less takeout, used fewer plastic bags, turned off some more lights, planted a few trees, or driven an electric car. It says that if those adjustments can’t do the trick, what’s the point?

The belief that this enormous, existential problem could have been fixed if all of us had just tweaked our consumptive habits is not only preposterous; it’s dangerous. It turns environmentalism into an individual choice defined as sin or virtue, convicting those who don’t or can’t uphold these ethics.

When you consider that the same IPCC report outlined that the vast majority of global greenhouse gas emissions come from just a handful of corporations — aided and abetted by the world’s most powerful governments, including the US — it’s victim blaming, plain and simple.

When people come to me and confess their green sins, as if I were some sort of eco-nun, I want to tell them they are carrying the guilt of the oil and gas industry’s crimes. That the weight of our sickly planet is too much for any one person to shoulder. And that that blame paves the road to apathy, which can really seal our doom.

But that doesn’t mean we do nothing. Climate change is a vast and complicated problem, and that means the answer is complicated too. We need to let go of the idea that it’s all of our individual faults, then take on the collective responsibility of holding the true culprits accountable. In other words, we need to become many Davids against one big, bad Goliath.

When we think about climate change, we’re almost never looking at the whole picture. Generally, we talk about the impacts at a scale so macro, it’s almost impossible to fathom: rising sea levels, melting ice caps, acidifying oceans. In some perverse magic trick, it becomes both atmospheric and far, far away. Everywhere and nowhere.

But when we talk about the causes, the conversation suddenly narrows to our navels. In the aftermath of the 2018 IPCC report, the internet was awash in story after story after story about “what you can do about climate change.” Change your lightbulbs. Bring reusable bags. Cut back on meat.

If the answers are all in our hands, then the blame can’t be anywhere but at our feet. And where does that all lead?

A population beset with shame so heavy they can barely think about climate change — let alone fight it.

This is where the victim blaming takes hold. All too often, our culture broadly equates “environmentalism” with personal consumerism. To be “good,” we must convert to 100 percent solar energy, ride an upcycled bike everywhere, stop flying, eat vegan. We have to live a zero-waste lifestyle, never use Amazon Prime, etc., etc.

I hear this message everywhere: the left- and right-wing media and within the environmental movement. It’s even been used by the courts and the fossil fuel industry itself as a defense against litigation. In fact, industries have redirected the environmentalist narrative to blame consumers since the ever-so-problematic “Crying Indian” ad campaign of the 1970s. I hear it from my friends and family, strangers on the street, random people in yoga class.

And all this raises the price of admission to the climate movement to an exorbitant level, often pricing out people of color and other marginalized groups.

While we’re busy testing each other’s purity, we let the government and industries — the authors of said devastation — off the hook completely. This overemphasis on individual action shames people for their everyday activities, things they can barely avoid doing because of the fossil fuel-dependent system they were born into. In fact, fossil fuels supply more than 75 percent of the US energy system.

If we want to function in society, we have no choice but to participate in that system. To blame us for that is to shame us for our very existence.

Renowned shame researcher Brené Brown describes shame as the “intensely painful feeling or experience of believing that we are flawed and therefore unworthy of love or belonging.” This is not to be confused with guilt, which can actually be useful because it holds our behavior against our values and forces us to feel psychological discomfort. Shame, on the other hand, tells us that we are bad people, that we are beyond redemption. It paralyzes us.

As Yessenia Funes, a reporter at Earther, wrote, “I refuse to believe people should be shamed for living in the world we’ve built.”

Given our enormous footprints, Americans’ personal consumption choices are some of the most powerful in the world. So for us as Americans to say that our personal actions are too frivolous to matter when people died in Cyclone Idai in Mozambique, a country whose carbon footprint is barely visible next to ours, is moral bankruptcy of the highest order.

At the same time, though, the more we focus on individual action and neglect systemic change, the more we’re just sweeping leaves on a windy day. So while personal actions can be meaningful starting points, they can also be dangerous stopping points.

Voting is a personal action. When choosing your candidate, investigate their environmental policies. If they aren’t strong enough, demand better. Once that person is in office, hold them accountable. And if that doesn’t work, run for office yourself — that’s another personal action.

Take your personal action and magnify it into something bigger than what kind of bag totes your groceries.

Here’s my confession: I don’t care how green you are. I want you in the movement for climate justice.

I don’t even care if you work on an oil rig. In some parts of the country, those are the only jobs that pay enough for you to feed your family. And I don’t blame workers for that. I blame their employers. I blame the industry that is choking us all, and the government that is letting them do it.

We have 11 years — not to start but to finish saving the planet.

Mary Annaïse Heglar is a climate justice essayist and the director of publications at the Natural Resources Defense Council in New York. Find her on Twitter or Medium.

Posted by Mike Shaughnessy at 04:26