Everything is political. Can we please stop f**king pretending that it isn’t! 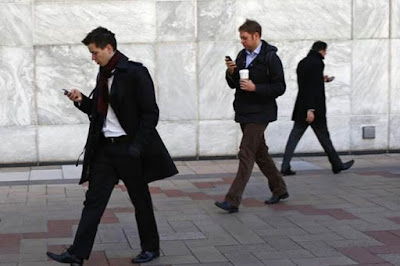 Absolutely every single aspect of our lives’ is political; from the big issues like Climate Breakdown, Hospitals and Food-banks to the precious metals in our smart phones, the chemicals in our toothpaste and the socks on our feet. The second we wake up each day to the moment we go to sleep, everything is political, even while or where we sleep!

We often hear people make comments like; “Oh, I’m not political” or; “I can’t stand politics & politicians”. While it is perfectly understandable that many people feel contempt or apathy towards an arguably corrupt and detached political class, are we not negating our own responsibilities to creating the kind of world we want to see by taking this disconnected & non-committal approach?

David Attenborough gave a very powerful speech to the COP24 conference recently, highlighting climate breakdown and the mass extinctions that we face on global scale if the ‘decision makers’ do not act immediately to reverse global emissions. For once, the BBC ran this topic as a headline story and ran it for an entire day. Yet, with their backdrop of the Polish coal mining industry, the media coverage was ‘in hock’ to say the least to the fossil fuel industry by the very way in which they framed the story.

I don’t doubt Attenborough’s commitment to this issue for one minute but he is not coming at this from a ‘political’ or ‘politically aware’ standpoint, if he was then he would have known exactly how to respond when the BBC tried to torpedo his arguments by asking him what his solutions were for the Polish Coal miners & their families and the effect that losing the Polish coal industry would have on their livelihoods. His answer was along the lines of; “things change”, “workers will have to adapt”, yet if he was politically aware he would have known all the arguments straight ‘off the bat’ and could have reeled off all the positive alternatives to coal.

He could have talked about Green jobs, disruptive technologies, disinvestment, and the HUGE opportunities the Green economy will offer Coal miners, in terms of high skilled, well paid & secure jobs. Everything is political, impending Climate breakdown is the most pressing political issue of our time, it is simply ludicrous to not recognise that and not to campaign directly on those terms.

A similar example can be seen with the many Tory MP’s now ‘gas-lighting’ at Foodbanks all over Britain, posing for publicity photos at the very foodbanks their own policies have created the need for, this isn’t new either. I wrote this letter back in 2014 to our local papers when our Tory MP, Stephen Crabb shamelessly posed for photos at our local foodbank just three days before he voted in Westminster; ‘Against the publication of an investigation into food bank use & UK hunger, and against the motion which called on the government to implement measures to reduce dependency on food banks.’

Crabb has also consistently voted for cuts to welfare spending, benefits and to reduce support for disabled people despite knowing exactly the effects these cuts are having. Allowing these carpet-bagging Tory MP’s to steal publicity at the very foodbanks they have created isn’t just ‘a little bit unseemly’ it’s outright immoral, it’s completely disgusting on every level!

Yet Foodbank charities allow this Tory gas-lighting because they have to stay ‘politically neutral’ and need the publicity themselves, the whole thing is like some kind of monstrous, dystopian farce! It would actually be funny if it wasn’t so obscene! The publicity and votes that these MP’s gain from being seen as ‘caring individuals’ or as philanthropists is nothing but ‘political’ to them!

Stephen Crabb even attended our local foodbank’s AGM this year! Yet a local Labour member who collects for the foodbank and who’d brought toys for the Christmas toy appeal in a bag with the Labour logo on it was told to; “put it in another bag” for fear of it looking like ‘political’ opportunism. No doubt Crabb got some nice photos for his Facebook page and the local papers though!

Our local Hospital, Withybush Hospital in Pembrokeshire, is under threat of closure, the official campaign team says that our campaign has to remain completely ‘non-political’, yet surely it couldn’t get any more political! After 40 years of neoliberalism, what the campaign is failing to recognise is that it’s right a wing ideology itself that we are fighting here. Yes, the hospital was already under threat while under Labour control from both Westminster and the Welsh Assembly governments’, but eight years of politically motivated Tory austerity now signals the death knell for our hospital.

The founding principles of the NHS have been laid waste to by 40 years of successive right wing governments’, it’s the political ideology that we need to be fighting here. So this means fighting the neoliberal consensus, whether we hear it from the Clinical Directors, the Health Board, the (slowly moving back to the left) Welsh Labour Government, the Tories or their cohorts inside the British media establishment. Our hospital will close due to the cumulative, political shift to the right which we have witnessed over the last 40 years by our Governments, our media and our national consciousness.

It really couldn’t be any more political. The fight to save our hospital will never be won until the campaign itself, both identifies and targets the neoliberal ideologies that are driving the closures in the first place.

So it’s all very well for people to say; “I’m not political”, or them saying; “I’m an anarchist, f**k politics etc..”. I also personally hold strong anarchist principles too and would embrace the chance to be off in the hills right now growing food instead of fighting politically driven injustices. Indeed, it’s often quoted that; “growing your own food is one of the greatest forms of resistance”. I agree with that sentiment wholeheartedly, however, that in itself is a massively political choice to make and we all need to start making these choices at every level of our lives but we need to recognise what these choices mean & why we’re making them.

If we are apathetic and take no part in the political agendas which influence every aspect of our surroundings, then we ignore the for instance, that the metals and minerals found in our Smart phones have largely been torn from the ground in north Africa. Where corporations with scant regard for environmental protections or their employee’s safety, exploit the workers who they force into terrible working conditions and where they fund and arm militias armies to murder & put-down any uprisings that emerge from the indigenous people.

To ignore politics, is to ignore the chemicals that ‘are’ or ‘are not’ allowed in our toothpaste and in our food, it is to ignore the child worker who worked in the factory that made our socks and clothes. We will face catastrophic climate breakdown if we fail to halt the fossil fuel industry in its tracks, and to stop the one hundred companies who are responsible for 71% of global emissions in the next 5-12 years.

These are giant, powerful, dirty, irresponsible & exploitative companies and the only way we can stop them is via political means. Governments around the world including our own are locked in to a toxic three-way embrace with the corporations and liberal capitalism itself, they prop each other up and sustain each other’s agendas’.

The arms industry and constant exploitative wars, are all facilitated by this toxic interdependency. If we fail to recognise it for what it is how can we ever stop it? There is not one item in our homes’ that doesn’t carry a political footprint or hold political meaning, not one aspect of our lives’ that is not tainted one way or the other by the political agendas’ of others or by past political choices. The sugar and fat levels in our food, the amount of money in our pay packet, the number of hours we work each week –all political.

The better we begin to understand how all the pieces of this vast political jigsaw fit together the better equipped we are as a global race to begin to create our own pieces of the jigsaw in order to build the type of world that we all want to see, namely; a world that won’t be destroyed by the inherent & hardwired greed of capitalism but we need to analyse everything in the world around us and every aspect of our lives in order to do that.

Jim Scott is a rural activist, Eco-Socialist campaigner and writer, a member of Pembrokeshire Green Party and a Green Left supporter
Posted by Mike Shaughnessy at 06:48