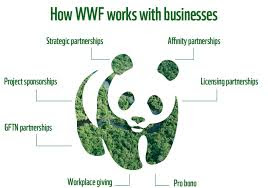 Written by Colin Todhunter and first published at Counterpunch


In the 1970s, the agrochemicals industry was able to evade effective regulation in the UK. Robert van den Bosch, wrote in 1978 in The Pesticide Conspiracy:


“If one considers how dangerous these chemicals are, one would suppose that it would be government policy to minimize their use by every possible means. However, the Royal Commission on Environmental Pollution notes, ‘there is… no such policy in the UK, nor does the possible need for it appear to have been considered, notwithstanding the great increases in the use of these chemicals.’”

He went on to condemn the UK for aerial spraying:


“What is particularly shameful in this country is the prevalence of aerial spraying. One million acres of agricultural land are sprayed each year, which involves 34,000 flights. Controls on this practice are practically non-existent.”

Four decades on and we are now able to see the consequences in terms of the rising prevalence of various diseases and illnesses linked to the use of these chemicals as well as a continuing loss of biodiversity, so vital for ensuring sustainable agriculture. The State of Nature Report 2016 includes a Biodiversity Intactness Index, which analyses the loss of species over time. One of the report’s authors, Mark Eaton of the Royal Society for the Protection of Birds, says that the UK has lost significantly more biodiversity over the long term than the global average, with the UK ranking the 29th lowest out of 218 countries.
Eaton says:


“It is quite shocking where we stand compared to the rest of the world, even compared to other western European countries.”

In a recent open letter (containing all references to the following reports/sources) to Acting Chief Executive of the World Wild Fund for Nature-UK (WWF-UK) Glyn Davies, campaigner Dr Rosemary Mason states that instead of curbing the use of such chemicals, the agrochemicals industry seems to be under the impression it is the government’s role to maximise their use. She adds that the UK still uses aerial spraying as an exemption from EU recommendations.

Mason argues that around 75% of the UK is managed for food production, and how that land is managed is key to the state of nature. As it stands, however, 165 species in the UK are considered critically endangered and likely to go extinct.

Despite this, most UK farmers are drowning their crops in pesticides and the National Farmers’ Union (NFU), the Crop Protection Association and the Agricultural Industries Confederation combine to lobby the EU not to restrict the 320-plus pesticides available to them.

Mason is astounded by the complete denial of the NFU and the Department for Food and Rural Affairs (Defra) of the impact of agrochemical use.

The EU directive on the ‘Sustainable Use of Pesticides 21 October 2009 (Directive 2009/128/EC of the European Parliament) notes that aerial spraying of pesticides has the potential to cause significant adverse impacts on human health and the environment. Therefore, aerial spraying should generally be prohibited with derogations possible where it represents clear advantages in terms of reduced impacts on human health and the environment in comparison with other spraying methods, or where there are no viable alternatives, provided that the best available technology to reduce drift is used.

Mason notes that, however, the UK government response argues that it does not consider that responsible application of pesticides by aerial spraying poses an unacceptable risk to human health and the environment.

Citing a range of sources to show the harmful impact of pesticides, including the fact that the amount and range of pesticide residues on British food are increasing annually, Mason notes that a massive increase in glyphosate between 2012 and 2014 alone.

Although WWF-UK did at one stage appear to be committed to addressing the impact of agrochemicals on health and the environment, Mason asserts that such a commitment has gone by the wayside. 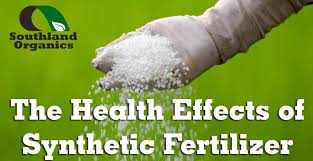 Whatever happened to WWF-UK’s stance on synthetic chemicals?

Mason commends WWF-UK for its previous forthright condemnation of what is essentially an uncontrolled global experiment where humans and wildlife are being exposed to man-made synthetic chemicals. Based on its research, in 2003 WWF-UK concluded that every person it tested across the nation was contaminated by a cocktail of known highly toxic chemicals, which were banned from use in the UK during the 1970s.

But since around 2004, Mason notes a change in attitude within WWF-UK occurred. In 2016, according to Mason, the European Commission no longer cares where chemicals end up, and the EC, EFSA and the UK government are colluding with the pesticides industry. She implies WWF-UK is complicit in this and asks Davies when did WWF-UK finally bow to the pressure of the industry.

She regards the appointment of Robert Napier who took over the running the UK arm of WWF as being pivotal. Since then, the WWF has gradually changed its approach towards big business, having established links with private corporations. WWF says it works directly with companies, especially via industry-specific roundtables and platforms, to reduce the ecological footprint of doing business and to help the private sector be better stewards of shared natural assets.

Despite fine-sounding rhetoric that includes talk about sustainability, biodiversity, protecting the planet and working in partnership with business, Mason argues that the WWF cannot refute the facts gathered by the esteemed journalist and filmmaker Wilfried Huismann, which unearthed the grim secrets behind the façade of WWF.

Huismann argues that WWF greenwashes the ecological crimes of corporations currently destroying the last remaining rain forests and natural habitats on Earth and it accepts their money. Huismann also found several skeletons in the WWF closet, not least it associations with a military unit deployed in Africa against big game poachers – and against black African liberation movements. In the name of environmental protection. Huismann states the WWF has participated in the displacement and cultural extinction of indigenous peoples the world over.

Lurking beneath the talk of corporate social responsibility, roundtable partnerships and positive engagement with big business, Mason cites sources that indicate WWF does deals with the rich and powerful, oil companies and the GMO cartel and has lost its core identity in the process.

Mason also highlights complaints by Survival International which accuses WWF of facilitating human rights abuse in Cameroon. It is the first time a conservation organisation has been the subject of a complaint to the OECD (Organization for Economic Cooperation and Development), using a procedure more normally invoked against multinational corporations.

WWF: a willing servant of a corporate agenda?

In her ongoing series of ‘open letter’ to various institutions and officials, Rosemary Mason contends that the financial and political clout of a group of powerful agrochemical corporations ensure that its interests are privileged ahead of public health and the environment to the detriment of both. There appears to be a deeply embedded collusion between powerful corporations and public institutions that civil society should be challenging.

The implication of Mason’s letter to Glyn Davies is that the WWF now displays a mindset that is steeped in corporate culture. There seems to be an acceptance that profit-driven transnational corporations have a legitimate claim to be responsible and dedicated custodians of natural assets. And there seems to be an acceptance that they are genuinely committed to reducing their ‘ecological footprint’. WWF appears to have acquiesced to a corporate agenda, which dictates the terms of engagement with civil society and sets out an ‘acceptable’ framework of discourse.

A radical approach to reining in the power of the agrochemicals industry and calling it to account is required. Natural ‘assets’ or biodiversity, whether habitat, living creatures, seeds or soil, belong to everyone. And any stewardship should be carried out in the public interest by local people assisted by public institutions and governments acting on their behalf – and not by private transnational interests that are committed to one thing: the maximization of profit.

In capitalism, a private corporation is compelled to secure control of assets (natural or other) and exploit them for a cash profit, while removing obstacles that might hinder this goal. Concerns about what is in the public interest or what is best for the environment lies beyond the scope of hard-headed business interests and is the remit of governments and civil organisations. However, the best case scenario for private corporations is to have toothless, supine agencies or governments. In other words, managed ‘opposition’ to their policies and practices is exactly what these corporations require.

Behind the public relations spin is the roll-out of an unsustainable model of agriculture based on highly profitable (GM) corporate seeds and health- and environment-damaging proprietary chemical inputs. Transnational agrichemicals/agribusiness companies have sought to displace genuine ecologically sustainable models of agriculture that have seen farmers acting as responsible custodians of seeds and natural resources for hundreds if not thousands of years.

Traditional methods of food production have given way to policies and actions which have resulted in the destruction of habitat and livelihoods and the imposition of corporate-controlled, chemical-intensive (monocrop) agriculture that weds farmers and regions to a wholly exploitative system of neoliberal globalization. Whether it involves the undermining or destruction of what were once largely self-sufficient agrarian economies in Africa or the devastating impacts of soy cultivation in Argentina or palm oil production in Indonesia, capitalism cannot be greenwashed.

It is one thing to challenge such policies and it is another thing to gain acceptance from corporations.

Colin Todhunter is an extensively published independent writer and former social policy researcher based in the UK and India.
Posted by Mike Shaughnessy at 10:13