Marxism and the Dialectics of Ecology 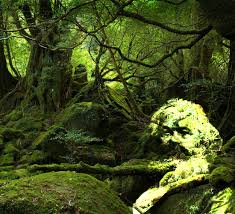 In Marx’s explanation of the commodity value system under capitalism (and in classical political economy in general), wealth consists of use values, which have a natural-material basis tied to production in general. In contrast, value (based on abstract social labour) under capitalism is derived solely from the exploitation of labour power, and is devoid of any natural-material content. Nature is thus deemed by the system as a “free gift…to capital.”

This contradiction gives rise to what is known as the Lauderdale Paradox, named after James Maitland, eighth Earl of Lauderdale, an early nineteenth-century classical political economist. Lauderdale pointed out that the accumulation of private riches (exchange value) under capitalism generally depends on the destruction of public wealth (use values), so as to generate the scarcity and monopoly essential to the accumulation process. Under these conditions, accelerated environmental degradation destroying the commons is an inherent consequence of capital accumulation, and even serves as a basis for further accumulation, as new industries, such as waste management, are created to cope with the effects.

Capitalism is therefore an extreme form of dissipative system; one that is rapacious in its exploitation of natural powers (including what Marx liked to call the “vital forces” of humanity itself). In its constant drive for more surplus value it maximizes the throughput of energy and resources, which are then dumped back into the environment. “Après moi le déluge! is the watchword of every capitalist and every capitalist nation.”What distinguished Marx’s ecological value-form analysis in this respect was the recognition that the degradation and disruption of nature under capitalism were intensified by a system of commodity production that based its value calculations entirely on labour, while treating nature as a realm of non-value.

Marx drew his concept of the universal metabolism of nature, and its relation to social and ecological reproduction, initially from the work of his friend and revolutionary comrade, the socialist physician Roland Daniels. In his 1851 work Mikrokosmos, Daniels applied the concept of metabolism in a systems-theory fashion to explain the interconnected relations between plants and animals. Marx built on Daniels’s conception, as well as the work of the German chemist Justus von Liebig, to develop his own notion of social-metabolic reproduction and the metabolic rift. In writing Capital and in the period that followed, he became more and more concerned with ecological crises.

After reading the botanist Carl Fraas’s studies of the destruction of the soil and desertification over the long history of class-based civilizations, Marx argued that this process had in many ways only intensified and expanded under capitalism—and had consequently become “irreparable” under the modern system of alienated labour-production. From this he concluded that ecological destruction under capitalism represented an “unconscious socialist tendency”—in the sense that it pointed to the need for a revolutionary break with the system.

In Marx’s analysis, therefore, the concept of metabolism becomes the basis of a theory of the ecological aspects of human historical development, pointing to a metabolic rift under capitalism, requiring the “restoration” of a non-alienated social metabolism in the face of capitalist degradation, and the development of a society of substantive equality and ecological sustainability, namely socialism. None of this took away from Marx’s political-economic critique of capitalism as a system of exploitation of labour power. Rather, in Marx’s conception, capitalism undermined “the original sources of all wealth—the soil and the worker.”

A sustainable, co-evolutionary ecology requires that the associated producers rationally regulate the social metabolism of nature and society, in the service of advancing human potential. It is this that constitutes Marx’s most developed, most revolutionary definition of socialism.

Posted by Mike Shaughnessy at 07:43