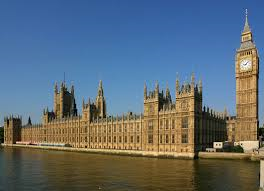 (not satire – it’s the Cameron government!)

Here are some of the strong words that were used in parliament today – by both Tory and Labour MPs – to describe David Cameron, Michael Gove and William Hague’s failed efforts to unseat the speaker John Bercow:

But has it really taken all this time for MPs in the House of Commons to notice?

Because for some of us, all of those words sum up perfectly not just the last day, but the entire last 5 years of the Cameron/Clegg government.

Actually, two other words spring to my mind to describe Cameron’s actions today, which also happen to describe his government perfectly:

For a full explanation of the complicated constitutional “jiggery pokery” that went on today, here’s the Guardian’s political editor Patrick Wintour on the whole sorry spectacle:

Written By Tom Pride and first published at Pride's Purge

Posted by Mike Shaughnessy at 11:27