Green New Deal agendas in tension: what decarbonisation, for what societal future? 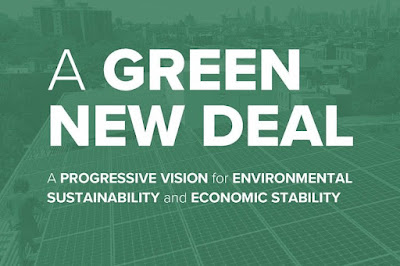 Green Parties have elaborated a Green New Deal as an ideal wish-list of such measures, variously called truly green, greener or green-socialist.  Green Parties initially have done so with little regard to significant allies, which hopefully would be attracted.

By contrast, multi-stakeholder alliances became a difficult matter in 2019, when GND agendas were promoted within major political parties such as the US Democratic Party and UK Labour Party. They have undergone internal conflicts over decarbonisation pathways, partly expressing conflicts within the labour movement.

By contrast,  some public-sector trade unions and environmentalist allies have sought a socio-economic transformation.  This would go beyond the fossil fuel industry and GDP-driven growth, towards an economy of sufficiency.  Such alliances have been coordinated internationally by Trade Unions for Energy Democracy.

Those divergent agendas have conflicted over decarbonisation technofixes. Their false promises have provided an investment imperative for dubious low-carbon remedies, or an alibi to await their feasibility before abandoning fossil fuels, or both at once.  This dominant agenda imagines the nation as a unitary economic space needing technoscientific advance for a global competitive advantage. 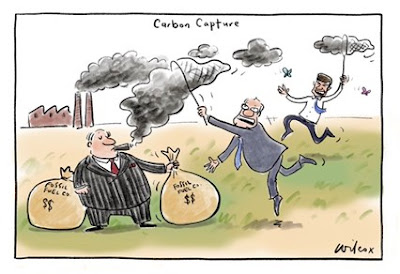 Disputes over such technofixes express rival societal visions of a low-carbon future. This conflictual process has shaped what counts as Green and Deal, with somewhat different outcomes for a GND in the US and UK.  In its 2019 election manifesto, the UK Labour Party’s GND accommodated the technofix agenda of the natural gas industry.

Similar tensions will arise around any decarbonisation process, regardless of whether it is called a Just Transition or Green New Deal.  To go beyond false promises will depend on political struggles to disrupt the hegemonic cross-class alliance, to create different alliances and to gain state support for their agendas.

What  practical implications for Green Parties?  To be politically effective, their GND agendas need an early engagement with activists seeking to undermine false techno-solutions for high-carbon sectors.  At the same time, this effort needs to develop and test alternatives bases for livelihoods.

Les Levidow is a Senior Research Fellow at the Open University.  He is a supporter of the Green Left.  Contentious fixes and practical alternatives will be analysed in his forthcoming book, Beyond Climate Fixes: From Public Controversy to System Change.

Posted by Mike Shaughnessy at 07:44