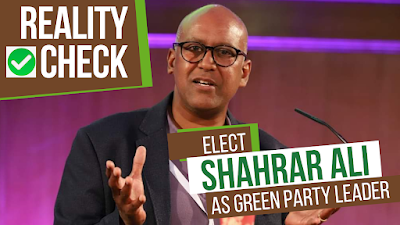 Candidate for Leadership of the Green Party of England and Wales, Shahrar Ali talks to London Green Left Blog’s editor Mike Shaughnessy about why he is running for the leadership of the party.

Tell me a little about your background and why you are standing for the leadership of the Green Party?

I became active in Green politics at the turn of the century around the threat from GM crops. I was part of the successful campaign to stop GM entering the agricultural system in the UK and my work took me to the heart of the European Parliament as a researcher on environmental risk assessment. It was gratifying to be part of the unit which provided parliamentarians with briefing documents which helped inform the votes for successive moratoria on GM crop regulation across the UK. That’s when I got my first taste of Green parliamentarians shaping our future for the collective good.

I trained as a biochemical engineer before turning to philosophy and taught widely across the educational sector, with a particular interest in offering lifelong education at affordable rates. My educational background is perhaps significant to what I think I can bring to the Party at this time. Both biotechnology and philosophy have at their heart a commitment to scientific truth and rational persuasion. We need more of this in politics right now, and in the Green Party, too. I see my role as leader both to demonstrate rational argument in political debate and to do us proud on broadcast media on big, live platforms and on social media. Here’s an example of my debating with Sadiq Khan and Priti Patel on the BBC [https://www.youtube.com/watch?v=NOHe_LsR5Pg] during the 2015 general election, where we polled over a million votes.

As former deputy leader 2014-16 I was the first BME leader of a UK parliamentary party and this added real credibility to our presentation. That’s not the best reason to vote for me, but it is a significant one, as we are sadly lacking in visible ethnic representation at all levels of the party. I helped launch Greens of Colour and whilst it has been great to see people from more diverse ethnic backgrounds coming into the party we still have much, much more to do.

If you are elected as leader of the party, what will be your priorities?

I will boldly make that case for immediate action on the climate and ecological emergency. It’s hard for us to get our heads round the scale of transformation required to overcome the worst of climate degradation, much of which has already been set in train. The prize for humanity is great: our continued existence. The threat of species extinction is too grave to contemplate. The emergency response to Covid-19 has shown that, with political will, much adaptation is possible. We need to harness more of that spirit in pursuit of massive reduction in our carbon consumption. We need to get on a war footing for the sake of the climate emergency. Greens have long advocated a Green new deal, which would require overhaul of the economic system and investment in renewable energy, with Green jobs to match. I say more about what this transformation might look like in my final answer.

Secondly, we must reach out to new constituencies of voters, especially those who are feeling politically homeless due to leaders promoting, or facilitating, a hostile environment for them. I’m thinking especially of women and ex-Labour members and voters.

Many women I have spoken to, including in our own party, have felt prevented from organising around campaigns to preserve or protect their sex-based rights. Many brilliant campaigners have in fact resigned. In any arena of equalities, if you’ve got a group of people who feel that they are affected by the claims of another group of people, that requires negotiation not imposition. In addition, in order to negotiate you need to debate, and uncover people’s assumptions, if only to work out that there’s no misunderstanding. That kind of debate and negotiating culture is in increasingly short supply, in society and in political parties.

A further example is the conflation of legitimate criticism of Israel’s heinous policies with fake allegations of antisemitism – often fuelled by the bogus, politicised IHRA definition. It is monstrous that a lifelong antiracist of the pedigree of Corbyn was hounded out in the way he was. I, too, have had to face down antisemitism smear campaigns and recently won an IPSO ruling against the Jewish Chronicle on five counts. I am now pushing not just for rejection of the IHRA definition by our Party but adoption of the Jerusalem Declaration instead – a well-crafted statement that would help identify and tackle genuine antisemitic incidents. Greens fight racism in all its forms, including anti-Jewish racism, and this is all the more reason to advocate for definitions which are fit for purpose, not counterproductive on their own terms.

The common thread running through these conflicts, which often become internalised in parties, is the failure to insist on mature, rational debate. Groupthink and cancel culture thrive in such conditions, often reinforced by social media bubbles. Leaders must collaborate to overcome the threat to free speech – by demonstrating it themselves and confronting Orwellian abuse of language. 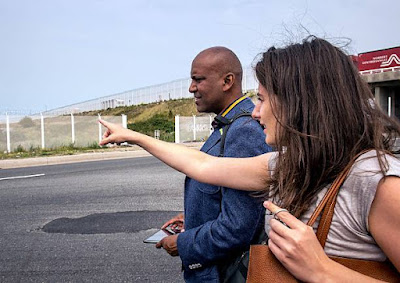 The COP26 conference is taking place in November, in Glasgow, what are your expectations of anything significant being agreed by participant governments?

I have low expectations for yet another conference on the international circuit. The climate and ecological emergency is my priority: I was a founding signatory of Extinction Rebellion in 2018 and a founder member of GreensCAN. We can be absolutely clear about the twin aims of getting Greens elected and campaigning beyond the ballot box to galvanise the scale of social and political transformation required. As Greens we will continue to push for results at COP26 and also to raise awareness outside and beyond COP.

A review of the party’s Instruments of Governance was called for and approved by Conference some 6 years ago. The "Holistic Review Commission" was set up in 2018 which aimed to deliver radical constitutional reforms. In your opinion, what are the reasons why after all this time and effort, it seems almost impossible for the party to adopt a new constitution?

A Governance Review, which was set 8 years ago in 2013, failed to deliver a new constitution by the Autumn of 2018, the end of its remit. The Holistic Review Commission which followed failed to deliver on its promises of “radical reforms” and the Spring 2021 online Special Constitutional conference ended in chaos.

In my opinion, all attempts to modernise our constitution since 2013 have failed because they lacked any bottom-up approach in the first instance. Our members have simply not felt concerned about such internal matters nor been involved in any of those processes. Yes, conference participants approved all those initiatives, but conference is made up of self-appointed members who may not have read the conference agenda before taking part and are under no obligation to represent their local party or designated group members. Normally, that member right is an asset but sometimes it can land us in a false sense of security about genuine engagement and I think that’s what happened here. I don't think it should come as any surprise really that it has indeed proved almost impossible to draft and implement a new constitution. 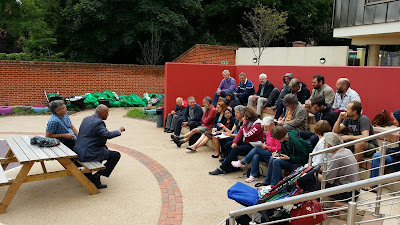 Identity issues, especially around gender recognition, has been hugely controversial in the party recently. What will be your approach to healing the division which has opened up in the party?

In basing my campaign on the three crucial issues of climate emergency, women's rights, and free speech, I am confident that all of us in the Green Party are united in caring about these issues. In expressing my support for women's rights, I am in no way intending to minimise the importance of LGBTQI+ rights. I am convinced that the way forward within the Green Party – and indeed in wider society – lies in mutually respectful dialogue to ensure that everyone's concerns are heard and taken into account.

It's unfortunately the case that there have been communication problems within the Green Party that have resulted in many people feeling that their concerns are not being taken seriously. I want to encourage a culture of openness and mutual respect so that these matters, which naturally elicit strong feelings in people, can be debated in a compassionate manner. Kindness is sometimes overlooked in the heat of the moment, especially in the heat of exchanges on social media.  I hope that, if I am elected, I can help to facilitate our all working together in the Green Party to find our way forward with these complex issues.

By tackling these communication problems we can move forward together in our united determination to face the environmental crisis that threatens us all.  The Green Party has a great contribution to make: we have to find the way to resolve our differences and pull together. 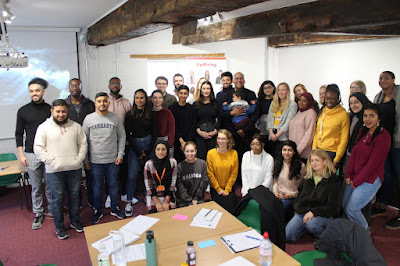 What is your vision for Green party over the next few years?

We must overcome political cowardice. Outside the global Green parties few politicians have been willing to shout, “Fire!” But as Greta says, the building is on fire. Of course, shouting fire isn't enough. To avoid catastrophe we have to transform our energy, transport and farming systems. That's going to be hard and even with a just transition to a more sustainable way of life it will be uncomfortable for some. But we have to do it.

The first climate priority for a Green government would be 'stop digging'. We have to stop making the climate problem worse so:

·       All meetings between government and industry or Trade Unions (other than security matters) to be announced and minuted.

Second - begin to build the low-carbon alternative - this is at least a ten-year programme:

·       In parallel, supplement taxation with Personal Carbon Allowances (the latter is a policy proposal coming from me to Autumn conference)

·       Expand wind power and energy development and the grid

The bottom line is that every sector will have to change.  There are 50 – maybe 500 – actions needed in a comprehensive, co-ordinated systemic approach.  This is just a sketch for a vast change across government, politics, economics and society.  I would be advocating for and asking Greens to set up citizens' assemblies to help to support the sea-change in thinking and behaviour required.  We need to change what is politically possible if we are do what is scientifically necessary. We need a reality check.

Posted by Mike Shaughnessy at 06:32