The Three Tribes of Political Ecology 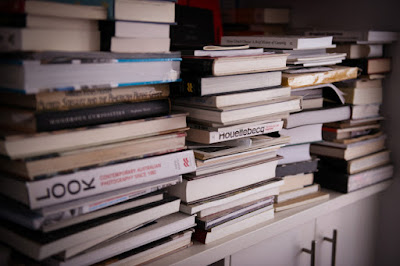 The decade that ended in 2020 was the decade of global climate inaction. Without a doubt, our inability to transform our economic systems into models compatible with planetary boundaries will define the beginning of the 21st century.

This failure can be explained by the chasm that has opened between existing political structures, geared to competitiveness and productivity in the name of jobs, and the environmental and climate imperatives determined by Earth system science. Overlooking the negative externalities of the cheap energy that allows global supply chains to function is nowadays impossible.

More radically, the economic effort that seeks to answer our demands for social justice and material wellbeing threatens these same objectives. Our era is marked by the disconnect between what we have inherited and what we see, somewhat stunned, on the horizon.

Today, we find ourselves prisoners of technical and ideological systems passed down from a largely destroyed world characterised by a stable climate and the cornucopian ideal. The world we are going to live in, which we already are living in, has different physical characteristics to that of previous generations, yet much of the thinking informing politics still stems from that lost world.

In particular, the current system of property rights and the quest for productivity gains are relics of an already distant past. Contemporary subjectivities, encapsulated in the domestic sphere and driven by technologies of individual mobility, appear strangely distant from the imperatives and possibilities of the present. The world born of this modern project has also made large parts of that very project obsolete.

Part of the problem is that we overestimate how much we depend on these ways of thinking and acting. History teaches that growth-based societies are not built without conflict, that they are the product of a fragile accommodation between science, technology, and politics and that these always contain elements of a counter-movement. The inertia of large technical systems and ideals of progress should not be confused with inevitability: our relationship with the future and the tools at hand can be re-examined.

One of the difficulties, both politically and intellectually, is determining exactly what we have inherited, what we should keep, and what we should discard or reject. The answer depends on your starting point. For that reason, political ecology is closely associated with thinking about time, because the climate crisis completely turns our political time horizon on its head.

At least three timescales are relevant to thinking about the political task at hand. Over the long term, the greening of societies can be understood as a subversion of the structures that shape our collective relationship with nature. According to that time frame, the goal is to return to the roots of the modern project and renegotiate our relationship with the living and our place in the world.

Over the medium term, the timescale defined by industrial capitalism and its critiques, political ecology can be seen as a renewed call for social justice based on the disciplining of capital. And, finally, over the short term, the timescale of the post-war Great Acceleration, or even Asia’s economic catch-up, a more technocratic view essentially sees it as a question of ending global superpowers’ escalating use of fossil fuels by financing a decarbonised productive sector.

Depending on the scale used, different political imaginaries, different levers for change, and different movements emerge. The success of the great green transformation depends on an alliance between these three projects and their ability not to hold each other in contempt.

The intermediate phase probably holds centre stage today. The main ideological thrust for building political ecology now comes from the traditional left, with its roots in the labour movement and its need for a new rallying call after the failure of left-populism. Various versions of the Green New Deal form the common foundation for a coordinated welfare state response to the environmental imperative.

Behind the Green New Deal lies the idea that the power of capital can only be limited by the intervention of a government attentive to demands for equality, and that these demands are inseparable from curbing the fossil fuel economy. Just as the ills of industrial development were met with labour law and social protection, today’s socialist programme must address environmental ills.

As recently outlined in the manifesto A Planet to Win [read our interview with the co-authors], the marriage of environmentalism and socialism relies on reactivating the traditional language of class struggle. Its central tenet is that growing economic insecurity goes hand in hand with growing environmental insecurity and that conflicts around social inequality will eventually become environmental conflicts too.

In a period when working­-class electorates have been won over by the conservative neo­liberalism of Trump and the Brexiteers, who successfully hacked the narrative of protection and community (now associated with identity), the challenge is to win back the political imaginary of that social class.

It is clear how this strategy is born of the industrial legacy of the 19th century: deeply constrained by its past faith in growth and technological development, social justice now depends on a system reset and, through a job guarantee, the end of the employment blackmail by economic elites.

Green socialism now appears to be the most credible platform in the US and is starting to gain traction in Europe. It has two main limitations. First, it is largely based on a form of statism. Once passed on to the state via the ballot box, demands for environmental justice are addressed by regulation and redirecting investment. Besides the fact that resistance within the state apparatus to such transformations should not be underestimated, nor should the flight of private capital, this political imaginary is one of total mobilisation, as usually used in wartime.

In other words, it implies a declaration of war against an enemy who we are not sure is domestic (fossil fuel capital) or foreign (petrostates, like Saudi Arabia) – a declaration of war that entails a foreign policy. The second drawback to green socialism is that, just as the post-war welfare state, it would rest on the privileged position of the Global North over the South, which lacks the means to finance such an energy transition but will be hit hardest by the climate crisis.

Statism and the (relative) lack of global thinking are two aspects of green socialism that arouse criticism and distrust from the second ecological project. This stems from thinking that purports to be more radical when it comes to the relationship between nature and society and intends to tear down the structures that reduced the environment to a productive partner.

The timescale here is not that of industrial society’s crises but scientific modernity, or the disenchantment of the world. It dates back to at least the 16th century, a period of scientific revolutions in astronomy and physics that established the centrality of human reason in the cosmos, and a period of great discoveries that became the basis for Western domination over the rest of the world.

This critique is shared by many, including strands of thought that are geographically and culturally peripheral, such as those of Amazonian, Arctic, and Native American communities whose social relationships with the living world cannot simply be reduced to appropriation and exploitation. But it also comes from movements born of modernity who want to break with dominant paradigms. Regional fightbacks against a state sovereignty generally subservient to the goal of growth echo this fundamental questioning of modern history.

In France, the ZAD (zone à défendre – zone to defend) in Notre-Dame-des-Landes, a longstanding but now dismantled protest camp against the building of a redundant airport, has come to symbolise a connection with the land based on the radical autonomy of its users and guardians. These movements are turning against sovereignty, property, and extraction, all different components of the modernist matrix.

The strength of these movements, their radicalism, is also their weakness. They reclaim islands of autonomy one after the other and bet on a slow cultural and legal paradigm shift. They are expensive in terms of personal investment and generally inaccessible to those who, out of necessity, must seek work in today’s overly competitive labour market and cannot risk leaving the structures of the welfare state behind.

Placing this fight on a metaphysical plane means placing it within the long time frame that brackets the structures of human and ecological co-existence. Each type of critique has its own speed and rhythm, and this particular critique appears extremely slow in light of the deadline set by climate science.

Finally, a third sphere of mobilisation is based on a seemingly less radical, but much faster, environmental praxis. It is possible to view the climate deadlock not as the consequence of a deep and long process going back to the founding of modern cosmology, nor even as the consequence of industrialisation in general, but as the result of the Great Acceleration.

That is to say, as a later phenomenon bringing together the energy abundance of oil, the construction of a technosphere based on individual mobility and mass consumption, and welfare-state institutions founded on GDP growth and its measurement.

The physical characteristics – the pipelines, airports, and real estate – of this acceleration mean that it is controlled by a technological and economic elite concentrated in a small number of companies, especially in the energy and agri-food industries, and in a handful of seats of power and knowledge, most notably the supranational regulatory bodies that shape the free market, as well as, of course, the main sovereign geopolitical players.

While the iron’s hot

What the climate movement has revealed is that these decision-making structures are extremely powerful, yet much more vulnerable than we think. Effective divestment campaigns targeting the most destructive sectors, particularly if taken up by central banks, could paralyse the structures of fossil capitalism, and with them the inefficient and unequal supply chains that govern our existence.

The empowerment of civil servants and civil engineers freed from budgetary pseudo-constraints to drive the environmental transition of cities, transport systems, and housing infrastructure would go in the same direction. Shaping a new art of government uncorrupted by the demands of growth and supported by expertise appears as a most reasonable goal. All this sounds less romantic than idealistic calls for civilisational shifts and unconditional generosity towards a revitalised natural world.

The test of power will be the obligatory next step, one that will probably be less exciting than the foundation of a renewed cultural paradigm, but surely quicker to implement.

This new green elite does not recruit the same type of people as the other two movements described above. Yet it is clear that there is animosity, real or imagined, between the post-colonial autonomist utopians, the eco-Jacobins of the Green New Deal, and these champions of the technocratic revolution.

From a theoretical perspective, we might insist that each problem be addressed on an appropriate timescale, be it that of the cosmological structures of modernity, the ills of industrialisation, or the Great Acceleration. But just as these three underlying historiographical assumptions are not necessarily mutually exclusive, neither are the three critical counter-movements and the forces driving them necessarily destined for rivalry. They must learn to win each other over and establish common ground on which to build.

In reality, their objective interests are aligned – what we call in France the “convergence of struggles” – despite different political identities, tactics, and practices of power. This alignment is without doubt partially momentary, but as Machiavelli said, politics is the art of seizing the right moment to act.

Posted by Mike Shaughnessy at 06:18