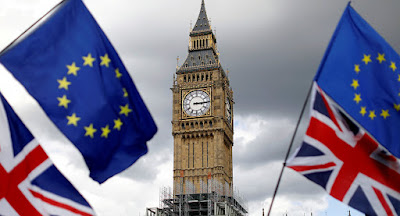 Conflicting signals have been coming out of Downing Street about whether the UK will or will not remain in some sort of customs union with the EU. With reports of the government’s resolve to leave the customs union and others saying that is exactly what the government is planning to do. In many ways this is not particularly surprising, as we have been on something of a rollercoaster journey with the Tories over Brexit, so far.

The EU has rejected the UK government’s proposals for ‘frictionless borders’ especially between Northern Ireland and the Republic of Ireland, like technological solutions and the UK collecting EU tariffs, so we have a dilemma. Being outside of a customs union is also likely to lead to delays to British exports and imports between the UK and EU.

After a big defeat in the House of Lords on remaining in a customs union with the EU, and other Brexit related amendments, the government is now under pressure to come up with some kind of compromise. The alternative, is to face down one wing of the Tory party in Parliament, either Remainers or Leavers, although that is a rough description, admittedly. Throw into the mix, the government’s reliance on the Democratic Unionist Party’s support to maintain a governing majority, and it has become a rubix cube kind of puzzle to solve.

Briefly, noises were coming out of Downing Street to the effect that the prime minister might make the issue of leaving the customs union one of confidence in the government. The implication being that, if a vote on the customs union is lost by the government it would lead to a general election. But this was just a bluff, and a pretty unconvincing one at that.

Under the Fixed Term Parliament Act, there are only two ways that an election can be called inside the five year fixed term. Either two thirds of MPs vote for one, like happened last year, or the government loses a specific vote of confidence. This can’t be tied to any particular issue, like customs unions or even budgets. So, it is possible that a vote could be lost on the customs union, but the government wins a subsequent vote of confidence. Downing Street surely knows this.

There will be a debate and non binding vote in the House of Commons on Thursday on remaining in the customs union, and a binding one next month, probably, at some stage. There are said to be enough Tory rebel MPs to defeat the government on this, hence the panic in government and hard line Brexiters threatening to force a leadership contest in the Tory party.

According to the Evening Standard, edited by ex Tory chancellor, George Osborne, who must have good contacts in the party, a customs union with the EU is likely to happen, in all but name. Dominic Grieve, one of the Tory rebel MPs, is said to be drafting a compromise which allows the government to stay in the customs union, but calls it something else. Brexiters in the cabinet like Michael Gove and David Davis are said to be content with this.

Only Liam Fox, the international trade minister, who wouldn’t really have much of job to do anyway if we do remain in the customs union, would probably resign over the matter, and perhaps the foreign secretary, Boris Johnson will do likewise.

Gove in particular, is said to worry about the UK not leaving the EU at all with all the complications in doing so, now laid so bare. He is willing to go along with some compromises to achieve the goal of actually leaving the EU, and will then look to make changes to our arrangements once we are outside of the organisation. He is playing a longer game here, and he is one of the cleverest Brexiters, so I think this is probably what is going happen.

Given that the EU has flatly rejected the UK’s proposals for keeping the border open in Ireland, staying in some form of customs union looks to be the only way to resolve this issue. The UK would still be able to make trade deals with countries outside of the EU, but would have to follow customs union rules. This is no bad thing in my opinion, because it will stop the UK reducing its food standards for one thing. It may be possible to negotiate some trade deals on things like some industrial products with countries outside of the EU.

This is the only sensible thing to do since the country and Parliament are so divided on the exact form Brexit will take.
Posted by Mike Shaughnessy at 10:07