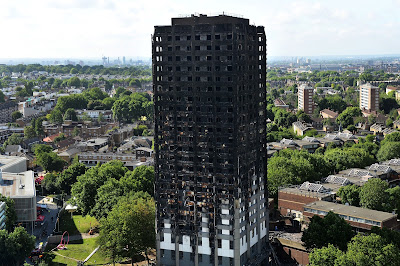 Javid used much of his speech at the conference in Birmingham to reflect “on what has gone wrong in local government and what we need to do together to fix it”.

He said that tackling inequalities in housing across the country would be one way to rebuild trust, criticising councils that have yet to publish a Local Plan.

He continued: ‘Others produced a plan when the policy was first introduced, but haven’t touched it since and are left with a dusty document that’s hopelessly out-of-date and irrelevant to the real needs of their communities.

‘And then there are those councils that have an up-to-date plan, but have failed to be honest about the level of housing they need in their area.’

Council leaders have reacted angrily to Mr Javid's speech, with senior figures describing it as a 'declaration of war', as reported in the Municipal Journal (subscription).

Leader of the Local Government Association's (LGA) Labour group, Cllr Nick Forbes, said: 'It was a deeply divisive and muddled speech - a shameful attempt to place the failings of one authority at the feet of the whole sector.'

He described the speech as “patronising and blame shifting” and said he had rarely “been so incensed” by a secretary of state’s speech. Others described it as “lecturing” and criticised Mr Javid for only taking three questions from delegates, according to Local Government Chronicle (subscription).

An unnamed conference delegate is quoted as saying ‘never felt so patronised as a councillor by a minister for local government (not even Eric Pickles). Well done Sajid Javed.'

Terms like “went down like a bucket of cold sick” (as LGA Labour group leader Nick Forbes put it), “buck-passing” and “patronising bastard” were also repeatedly used. Conservative councillors are no less enraged than their Labour counterparts, according to LGC.

Closing the conference, the Conservative chairman of the LGA, Lord Porter, revealed he gave Mr Javid an earful about his speech in a 'difficult' phone call.

He said: 'There was a lot of anger following Sajid's speech. I think his comments were ill-judged in part of his speech.’

There was no hint of questioning as to why the Department for Communities & Local Government had delayed a review of building regulations in relation to high-rise building fire safety, heeding the lessons of the 2009 Lakanal Tower blaze in Southwark, as reported on this blog.

And there was no openness about confusion about building regulations which means flammable cladding has been used in at least 181 high-rise buildings in 51 council areas. Either many, many councils have failed on fire safety, or central government has given out the wrong or misconstrued messages.

The Tory government is desperately looking for someone to blame for the Grenfell Tower disaster and the woeful response from Tory run Kensington and Chelsea Borough council. But the failings that led to the rapid spread of the fire rest with the Tory government who have been promising for four years to amend building regulation about flammable cladding, but never got around to it.

Cuts to local services funding such as council planning offices and the fire service also played a part in contributing to unsafe cladding being allowed to be installed at the tower block.

The government’s running down of social housing generally is from an ideological standpoint, they think building new council houses just creates Labour voters. But the chickens are coming home to roost for this government, you can’t have decent, affordable and safe public housing by leaving things to the market. Forty years of this approach has led to the housing crisis that we see today, and no amount of pointing fingers at others will remove the blame for the situation which led to the loss of so many lives at Grenfell Tower.

Posted by Mike Shaughnessy at 11:14