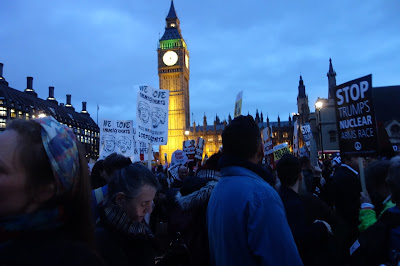 Thousands gathered in Parliament Square, London, in a protest organised by Stop Trump and One Day Without Us campaigns, as MPs debated the petition signed by almost two million Britons in Westminster Hall.

The Stop Trump Coalition aims to build a movement led by those most impacted by Trump's policies and rhetoric. There will be further protests leading up to Trump's state visit, if, as seems likely, it goes ahead in the summer. 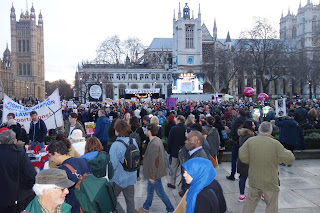 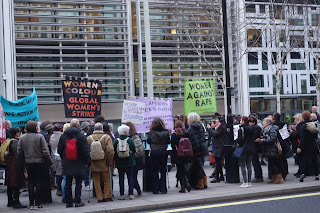 A separate protest out side the Home Office earlier in the day was held to demonstrate against the the deportation of Erioth Mwesigwa back to Uganda where she was gang raped by soldiers. She was imprisoned, raped and interrogated because her husband was suspected of opposing Uganda President Obote. She has been refused refugee status in the UK. 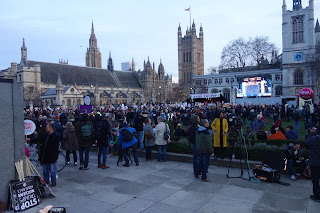 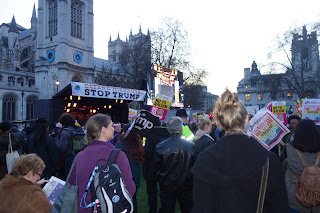 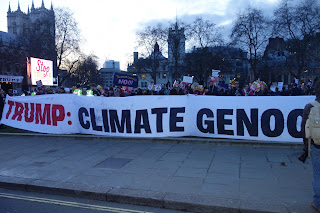 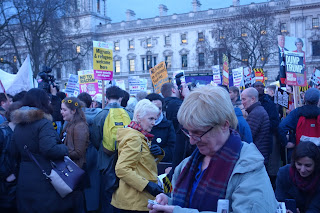 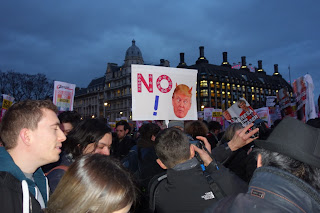 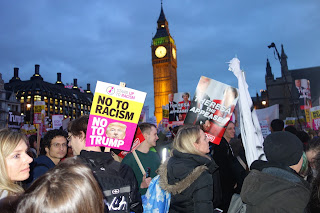 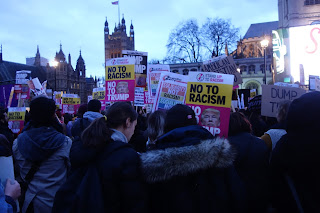 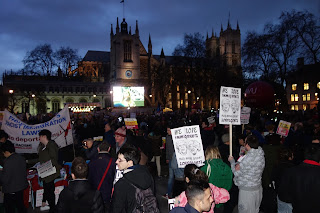 Writing ahead of the Parliamentary debate on the Left Foot Forward website, Amelia Womack, the Green Party deputy leader said:

"Post-Brexit Britain risks ending up just a sad echo of the US, where many poor Americans voted in their millions for Donald Trump in the futile belief he would bring back long gone manufacturing jobs and offer respite from poverty. Now they can only watch as he lines his cabinet with Wall Street elite and stages photo opps in front of his gold and diamond encrusted front door."

"And although the Brexit vote set off this whole chain of catastrophic events, it also proved the same point that One Day Without Us events are making today. A breakdown of voting patterns in the referendum revealed the areas most affected by immigration were the least concerned about it."

"People fear the unknown, but the truth is that migrants contribute hugely to our society. They’re our friends, families and colleagues. Let’s hope today really is only one day without them and not a frightening indicator of the dystopian, insular future we’re heading towards." 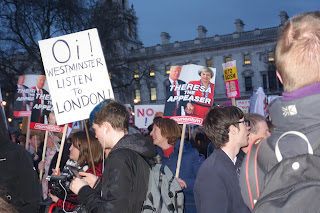 A message to those MPs inside Parliament debating Trump's state visit from Londoners. We don't want Trump in our city, which is a diverse and harmonious place, people like Trump threaten our multi-ethnic way of life. Stay away Trump, you are not welcome in London.
Posted by Mike Shaughnessy at 11:53