Whatever being English is, Labour’s Tristram Hunt has another Agenda 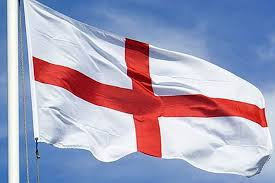 With the publication yesterday of a collection of essays by Labour Party MPs, edited by Tristram Hunt, the former Labour shadow Education spokesperson, entitled Labour’s Identity Crisis, the issue of English nationalism is in the news.

The essays give largely anecdotal examples of conversations with potential, and in many cases former Labour voters, in the general election campaign last year. They try to explain why Labour lost the election, and mostly blame Labour for being out of touch with the English working class culturally.

Whenever I hear politicians claim that the evidence ‘on the doorstep’ backs whatever their particular argument is in an interview or such like, I always think they are probably making it up. If the facts don’t back your argument, the final retreat is always, ‘but on the doorstep things are different’. The loathsome new Labour toady Hazel Blears was a past master of this approach, but even she couldn’t use this reasoning when the tyres of her car were slashed in her constituency, after news broke of her MP expenses claim behaviour. It didn't help when she arrogantly waved a cheque around on TV for several thousands of pounds, to pay back her ill-gotten gains.

So, I would treat this publication with caution, but I have to say, that some of it does ring true to me. I always used to say that I was British, rather than English, but have in more recent years started to think of myself, and refer to myself as being English. After all, I’ve Irish and Welsh blood in me as well as English, so I’m not quite sure where all of this came from, but it has been a steady progression over the years.

I was at one time pretty disinterested in the England football team, preferring the club game over the national game, and this is still true to some extent, but I do like watching England play now. I like to watch the big games in big tournaments in the pub where I feel a sense of community in the air. It could be that moving from Manchester to London has brought this on, but on the other hand there is no shortage of supporters for my club team, Manchester United in the capital.

I’m certainly opposed to nationalism generally, but I view a bit of flag waving during the big international football tournaments as pretty harmless, as long as it doesn’t cross the line into xenophobia and racism. I do think that with Scots increasingly defining themselves as Scottish as opposed to British, this has perhaps had some subliminal effect on me.

I did some work on electoral registration in my borough a couple of years back. The form asks for the person’s nationality, quite reasonably, and one woman on the doorstep, said ‘English….oh am I allowed to say that these days’. I told her that for electoral purposes she was British, but I did reflect on this. Where I live in north London, is a metropolitan lefty liberal area by and large, so for one of the residents to react in this way surprised me.

Opinion pollsters regularly ask those surveyed how they define themselves nationalistically. Over the past decade there has been a big shift, with the English-only group expanding as the British-only group shrinks. More people now feel English-only than British, with more than 70% choosing English either as their preferred or shared identity.

So there might be something in this generally, and Labour has perhaps become alienated from the English white working class, but to suggest that all Labour needs to do is a bit of St George’s flag waving, as most of contributors appear to do in this book, is hopelessly wide of the mark.

Labour has become detached from white working class English voters for much more complicated reasons. There was a time when many Labour MPs came through the trade unions, the people (men it has to be said, largely) who had worked down mines, in factories, in transport and so forth. There are hardly any now, and this started under Tony Blair’s leadership. It became very difficult for trade union people to get winnable seats, which were saved for the Oxbridge graduates who then became researchers for Labour MPs and Ministers. A bit like Tristram Hunt.

The trade union sponsored people of the past knew what it was like to be working class and it all fostered a solidarity of community spirit. Council housing also fostered the same kind of solidarity, which Labour to their credit in the 1960s and 1970s provided with a huge number of new homes.

Of course, the kind of industries mentioned above have now largely disappeared from Britain and the best council stock has been sold off, increasingly to private landlords. But people still need to live somewhere decent and affordable and millions work in the service industries, mainly on low pay.

Trade unions though find it hard to operate within this disparate a workforce and the Tory anti-union laws handicap them further. Something new Labour did little to change.

Surely Tristam Hunt’s collection of essays could have considered all this? A waste of a good opportunity really, but that wasn’t what he trying to get at here.

What he is doing in trying to propagate the idea that Labour is seen as a metropolitan lefty middle class party, is to attack the Labour leader, Jeremy Corbyn. Corbyn’s constituency, Islington North, is the archetypal lefty metropolitan seat and so what Hunt and his contributors are saying is Jeremy Corbyn is not the answer, he is the problem. Invoking Emily Thornberry’s infamous tweet (the Labour MP in the other Islington constituency) with a mocking photo of a house draped in England flags, he tries to prove his point.

I seem to remember reading a piece by Roy Hattersley, a former deputy leader of the Labour Party, written during the new Labour years in the early 2000s and I’ve always remembered it. Referring to the then new Labour government’s policies on asylum seekers, he said that Labour of old always played to the best instincts of the working class, the solidarity and community of cooperation and self help, but new Labour played to their worst. It seems all Hunt is suggesting is a return by Labour to those type of policies.


He has nothing new to say, and the thinly veiled attack on Corbyn is pathetic.

Posted by Mike Shaughnessy at 13:50