There could be a General Election this Year 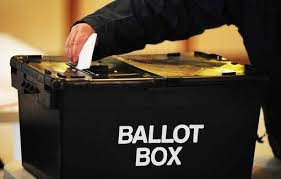 The Guardian reports that the Labour Party leader, Jeremy Corbyn, has ordered an internal party review to make sure that Labour is ready for a snap general election this year. Corbyn has asked a former head of the civil service, Sir Bob Kerslake, to look at the party’s machinery to make sure it operates as smoothly possible. A report is expected to be written in the next few weeks.

This is the back drop to the European Union (EU) referendum campaign, the result of which could trigger a political crisis in the UK, and lead to a general election in the autumn. This is because of the affect the campaign is having on the ruling Conservative government, which is pretty much split down the middle on the issue of whether we leave or remain in the EU.

If the UK votes to leave, then the Prime Minister, David Cameron, will be forced to resign by his party’s MPs, and he would have lost all authority since he is so closely associated with remain campaign. I think he would be gone within a matter a days, whatever he is saying in public now.

If the referendum result is to remain in the EU, by a smallish margin, I still think he will be forced out by his MPs, perhaps half of whom support leaving the EU, because they dislike the way Cameron has campaigned to remain and are increasingly unhappy with his premiership. It only takes 50 Tory MPs to write letters to trigger a vote of no confidence in the party leader, which I think he will struggle to win.

In the event that the remain campaign wins big, he will be on safer ground, but all of the emotions that this issue has stirred up can’t be easily contained now, in a party that has a history of division on matters European. I think a challenge could still come in these circumstances, and Cameron may not survive it.

If Cameron is forced out, that in itself doesn’t mean that we will have a general election, whoever takes over as Prime minister could just serve until 2020. We have seen this happen before, John Major after Margaret Thatcher and Gordon Brown after Tony Blair, where if the opinion polls are poor for the governing party, the urge is to hang on, hoping things will improve. In these two examples they didn’t appear to, and the governing party carried for as long as possible. Brown of course lost in 2010, but Major did win in 1992.

The Brown example, after his infamous ‘bottling’ of calling an election when Blair stood down in 2007, has made an impression on the next leadership hopefuls in the Tory party, and they don’t want to make the same mistake. Brown would have probably won narrowly in 2007 and this would have given him his own mandate, and the likes of Boris Johnson may decide that this is best course of action.

We do now have the Fixed Term Parliament Act, which only allows general elections every five years, unless a two thirds majority of MPs vote for it. This is possible I think in the scenarios outlined above, but will need the backing of over a hundred Tory MPs, and all of the opposition parties. The other option might be to abolish the Fixed Term Act, but that is a tricky route to take with the Tories only having a small majority, it could be blocked by a handful of Tory MPs, if the opposition parties didn't support it.

It is certainly hard to see the Tories re-uniting after this referendum, whatever the result is. A vote to leave the EU will cause a constitutional crisis as well as political one. The Scots will certainly demand another independence referendum, as they will argue, quite rightly in my view, that the UK they voted to stay in, has changed fundamentally, so a huge upheaval is pretty much guaranteed, and a general election could be part of that.

But I wouldn’t bet against a general election even if we vote to remain. Boris Johnson’s decision to join the leave campaign is a naked grab for the Prime Minister’s job, more than anything to do with the EU itself. Perhaps the Green Party should be thinking about readying ourselves for the fall out from this referendum too?

Posted by Mike Shaughnessy at 11:33