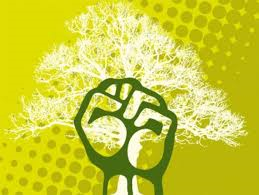 Written by Cy Gonick and first published in Canadian Dimension

The ecosocialist mode of production

More than anyone else, Joel Kovel has given us an outline of the ecosocialist society and how to get there. I regard his book The Enemy of Nature as the most important work yet published in this century.

According to Kovel, ecosocialism is a society whose mode of production is one where production is carried out by “freely associated labor” with consciously ecocentric means and ends.

“Freely associated labor” is the single most important requirement of Marx’s concept of socialism since the sine qua non of capital, its defining feature, is the commodification of labor power, its purchase and sale for the purpose of expanding profit.

“Freely associated labor” is, of course, not the same thing as public ownership — the customary definition of socialism. It involves workers directly involved in on-the-job production making decisions together with other workers in a democratically functioning public sphere.

This is one of the features of ecocentric production. Another is a movement towards craftsmanship, i.e. more labor intensive production methods, where possible, as one way of reducing dependency on fossil fuels. Other ways include replacing fossil fuels by renewable sources of energy — water, wind and sun. New technology would no longer be regulated by considerations of profit, but to the needs of ecocentric production and the human ecosystem.

“Limits to growth” in an ecocentric society is predicated on a reorientation of human need towards needs not dependent on destabilizing inputs of energy. “What is perceived as necessary” will evolve in a society freed from forcible indoctrination and consumerist addictions. Another dimension of the ecosocialist mode of production is the importance of supply security, of self-reliance wherever feasible and therefore of decentralized energy generation — the opposite of economies of scale, so much part of the capitalist mode of production.

In a sparkling essay in Socialist Register’s superb 2007 volume Coming to Terms with Nature, Michael Lowy adds that to meet the requirement of social justice and to assure essential working class support for this project, the ecosocialist society must provide full and equitable employment. And this, he argues, “is impossible without public control over the means of production and planning.”

While Kovel’s ecosocialism is clearly socialist, he wants to clearly say that most socialists, even today, in the midst of a global crisis of nature, still position nature as an afterthought.

In the sense that nature does not come immediately to the socialist mind, caring for nature is something added onto existing socialist doctrine rather than integral to it. An integral appreciation of nature’s intrinsic value is not at the existential heart of socialism, nor does nature command a passion comparable to that reserved for the emancipation of labor. This is accompanied by a somewhat naive faith in the ecocentric capacities of a working class defined by generations of capitalist production.

To the characteristically socialist way of thinking, labor, once freed from the prison house of capital, will unproblematically proceed to rearrange production in an ecologically sane way.

Overcoming the limits of actually existing socialism, writes Kovel, requires a synthesis in which the wounds of nature “must be felt with the same passion for justice as those of the other [labor].”

Kovel acknowledges that revolutions become a feasible possibility only when people decide that their present social arrangements are intolerable: when they clearly identify the forces that are making it so, believe that they can achieve a better alternative, and when the balance of forces begins to be tipped in their favor. And he recognizes that none of these conditions is close to being met at the present time. Yet he insists, and I agree with him, that the ecosocialist revolution could well be on the agenda in the near future.

For as he says “global warming puts the entire history of industrial capitalism into the dock,” and “the leading culprits are in full view: the whole petro-apparatus, from the pushers of ‘automobilia’ to the imperial apparatus that wages endless war to keep the carbon flowing from the ground, where it belongs, to the atmosphere, where it will destroy us.”

And it has been clear for a while now that these interests and the states that exist to protect them will not take the measures necessary to bring down carbon emissions by the 90% by 2030 that best opinion holds is necessary to evade the fatal scenario of runaway global warming. As it becomes clear that industrial capitalism is the source of the problem and cannot solve it, the moment for the ecosocialist project will have arrived.

But capitalism has its solution to ecocatastrophe. It’s called fascism, and Kovel talks about how it could emerge, for example, over the issue of immigration as millions of people are forced to flee the disastrous conditions wrought by flooding, drought, forest fires and other consequences of runaway global warming. While the ecofascist movement today is, like our own, very small, it has the potential to grow very rapidly, especially in combination with religious fundamentalism.

This only adds to the urgency of building the ecosocialist project. Kovel notes that there are many signs of this project. They include political struggles to build public works like public transit that reduce dependence on petroleum; getting rid of subsidies for fossil fuel extraction; demanding a moratorium on ecologically destructive energy sources like extraction from tar sands; stopping airport expansion and superhighway construction; campaigns to stop the privatization of water and to preserve old growth forests; resisting the intrusion of industries that destroy the capacity of indigenous peoples to subsist on the land and lakes and rivers; promoting conservation, re-newable energy and high efficiency automobiles, heating systems and appliances; and constructing autonomous zones of ecocentric production (community gardens, worker and community cooperatives, indymedia projects, etc.).

As he says, these and similar measures are reforms, but essential ones that slow the accumulation of carbon in the atmosphere and gain time for more radical measures to take hold.

Each of these struggles and projects points us towards ecosocialism says Kovel, but “only a party-like formation which postulates a goal common to all [these] struggles without constraining them from above can organize this into ‘solidarity solidified’ and press towards power.”

Kovel has some suggestions for the ecosocialist party.

• “Though open to individuals, the ecosocialist party should be grounded in communities of resistance/ production. Delegations from such communities will supply the cadre of party activists as such, and the assembly that is its strategic and deliberative body.”

• To ensure that its participants are not merely lily-white, the party needs to be “as firmly rooted in overcoming racism as it is in environmental mending. The two themes intersect directly in the environmental justice movement, grounded in the defense against capitalist penetration and pollution by communities of color, and often led by women, hence ecofeminist as well as ecosocialist and drawn into the campaign against petro-capital.”

• Though targeting national and regional/local states as the ultimate protectors of capital, the ecosocialist party will participate in the building of a global movement towards a new carbon economy.

I conclude this survey with Joel Kovel’s opening words in a July 2010 letter to members of the Ecosocialist International Network:

There is nothing that has happened over the last decade that has disabused me of the conviction that ecosocialism is the most important idea before humanity and will remain so whether it succeeds or fails in being realized. However, if it fails, so do we as a species. There is no need to elaborate here the dire circumstances of the ecological crisis spawned by the capitalist system, which generates the need for the response of ecosocialism.

Posted by Mike Shaughnessy at 07:43