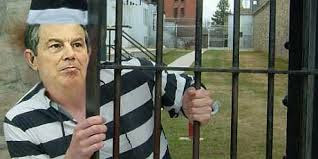 As reports in the media suggest that Sir John Chilcot will decline to set a timetable for publishing his report after almost six years, reports also say that the blame for the whole sorry saga will be spread around ministers at the time and members of the security services, as well as former prime minister Tony Blair.

The undue delay in publishing the report appears to be due to those people who have been criticised in it, being allowed to see drafts of the report and issue rebuttals which are then considered for inclusion in the final version of the report. These negotiations will not be made public.

Chilcot is a Whitehall mandarin, and so will couch the language of the report, and any criticism of individuals in mandarin speak. That is, it will say very little in plain English about who was at fault and by thinly spreading around the blame amongst numerous individuals, will water down any censure of, in particular, Blair himself.

There were of course many who aided and abetted Blair in his (successful) attempts to railroad through justification for the invasion of Iraq, with exaggerated and at times completely made up intelligence on Iraq’s chemical weapons capability. Who can forget the infamous ‘dodgy dossier’ that Alistair Campbell, Blair’s chief spin merchant, copied from a student dissertation on the internet?

We have already had investigations and reports into the Iraq war. Lord Hutton, ostensively investigating the death of government chemical weapons scientist David Kelly, also opened the lid on events leading up to the Iraq war. Hutton’s report was a whitewash, but the open inquiry itself displayed the evidence for all to see, and the public made their own minds up, despite Hutton’s perverse verdict. I knew the game was up for Blair’s spin operation when, listening to a football radio phone in show, a caller accused the referee of ‘doing a Hutton’ when the official missed a clear cut penalty in the match.

Then there was Lord Butler’s review of the use of British intelligence in the decision to invade Iraq. Butler is another Whitehall mandarin and even though his review concluded that key intelligence used to justify the war with Iraq had been shown to be unreliable, his careful language did not blame any specific individuals.

Just by reading the newspapers at the time I could tell that it was highly unlikely Iraq possessed chemical weapons (overlooking the fact that we had sold some to them in the 1980s), and even if they did, they wouldn’t be effective as they were too old. And Iraq would be crazy to even try to use such weapons against the might of the US military.

We also had the shifting justification for war as the claims of WMD started to unravel. We were doing it because Iraq was harbouring terrorists, had a bad human rights record, to help the women of Iraq, to bring democracy to the middle east and so it went on. It finally settled on that Saddam Hussein was removed from power, even though regime change had been fiercely denied all along.

The whole episode was a complete disaster for Iraq, and indeed the rest of the region, as we see today with ISIS rampant in Iraq and Syria and the whole region in turmoil with militias fighting for control of different countries, and terrorism there and in the west far worse than it was before this foolish and mendacious affair. Hundreds of thousands of people killed, for what?


Although Blair and US President Bush had their accomplices in prosecuting this illegal war, the buck should stop with them. Perhaps Bush was too stupid to realise, but Blair must have known that the ‘intelligence and facts were being fixed around the policy of removing Saddam’ as the Downing Street memo stated, but continued to lie to justify the invasion. The blame should be laid where it belongs, with Bush and Blair, anything else is a distortion of the truth.