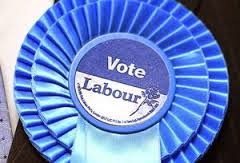 Take a look at this piece from Luke Akehurst on Labour List to see just how worried Labour is by the Green surge in opinion polls and our party membership that has emerged recently. Every possible smear, real and imagined, is marshalled here in an attempt to dissuade former Labour (and Lib Dem) voters from supporting a party which offers policies that these people actually find attractive.

Labour do have form on this of course. They put a great deal of effort into defending Bethnal Green constituency in London in 2005, ultimately unsuccessfully, as George Galloway took the seat for RESPECT. Labour regained the seat in 2010 when Galloway didn’t stand, again with a massive effort on the ground from Labour supporters. And Brighton and Hove, where Caroline Lucas won the seat for the Greens in 2010 is now close to the top of Labour’s target constituencies at next year’s general election, when you might have thought they would be concentrating on fighting the Tories?

But no, this is Labour who take any threat from its left much more seriously than the challenge from the Tories. The tactics are all too familiar as well. I remember in the early 1990s musing to a friend of mine who was a Labour party member, that I might vote Green (this after the Greens got 15% in the 1989 European Elections). She was quickly on the attack, telling me that the Greens had a fascistic policy on population control. That was enough to bring me back into the Labour fold.

When I eventually joined the Green Party (in 2006), the first policy I checked out was indeed population. I don’t know if the policy changed in the interim, but I was relieved to find that the policy is quite sensible now despite what Labour people were still telling me in 2006. I have since discovered that there is a tiny grouping in the Green party which still ‘bangs on population’, but they are truly a tiny minority in the party.

Anyway, back to the piece on the Labour List. The writer just doesn’t get it. The reason Labour are losing support to the Greens is because the Greens have proper left wing policies and if Labour were to adopt these, the left leaning voters would not be veering away from Labour in the direction of the Greens.


I was heartened to read the comments section of this post though, where this point is made by many of the contributors. Slagging off the Greens will not help Labour and may even make matters worse. Labour abandoned the progressive left of British politics a long time ago, and just as we saw in Labour’s Scottish heartlands in the indy referendum, these voters now go elsewhere, SNP and Green in Scotland, and increasingly PC in Wales and Green in England.

Bring it on, let the truth shine through.

Posted by Mike Shaughnessy at 11:50