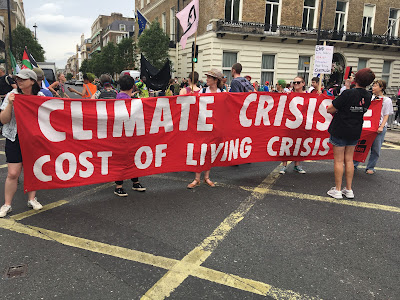 Thousands of people turned out for the Trade Union Congress (TUC) demonstration today in central London. The protesters assembled at Portland Place and marched to Parliament Square, where many trade union leaders spoke to the rally. I estimate about 25,000 to 30,000 attended. 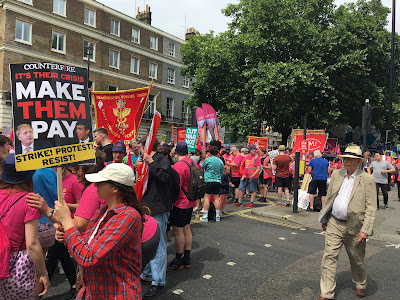 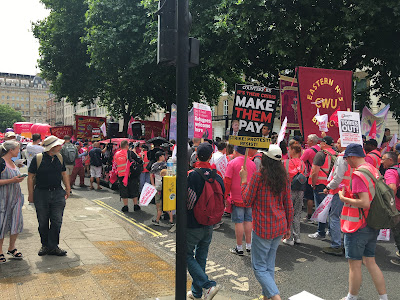 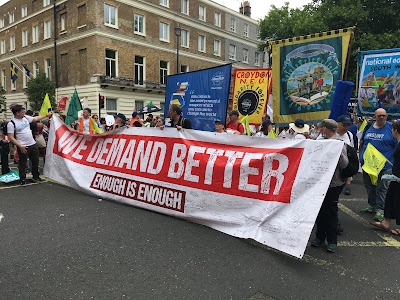 All of the unions were well represented, with each union forming colourful blocs of inflatables, flags and banners.  Music featured too, with sound systems, brass bands and drummers. 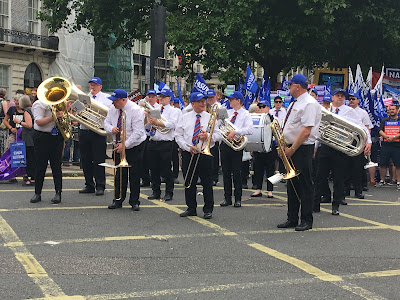 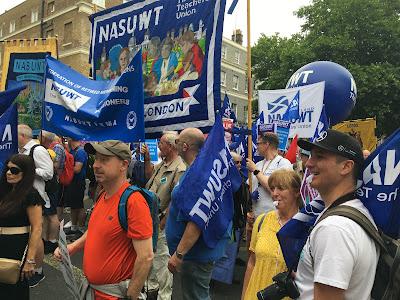 Union leaders gave speeches in Parliament Square to a crowd of thousands, calling for higher wages, increased taxes for the rich, better working conditions and in support of the Rail, Maritime and Transport (RMT) union strikes next week.

Frances O’Grady, general secretary of the TUC was met with applause and cheers as she gave a speech criticising the Transport Secretary and the Prime Minister.

She said: “I have seen the Transport Secretary Grant Shapps has threatened rail workers that they will strike themselves out of a job.

“Well you are wrong Mr Shapps: if you keep stirring, come the next election, you will be out of a job.”

“Don’t you dare, not after a decade of austerity, privatisation and pay cuts. Don’t you dare tell working families we have to put up with more pain.

“It is time to raise taxes on wealth not workers.” 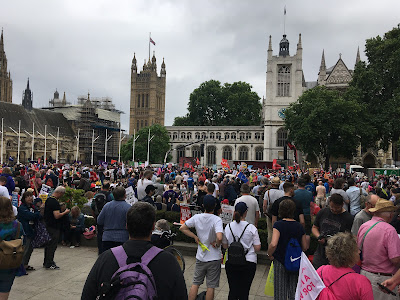 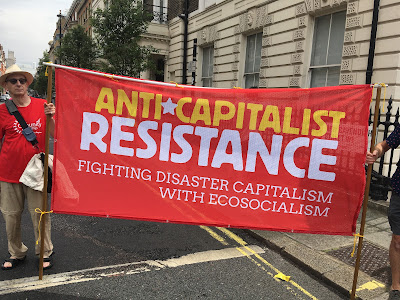 Posted by Mike Shaughnessy at 11:41