William Morris and the Art of Dissent 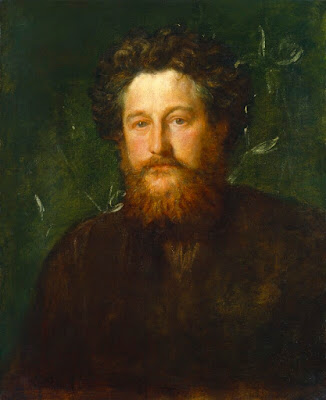 Written by Clare Conway and first published at Writers Rebel

It was a windswept Saturday afternoon in early February this year, as I huddled by the doorway of the Coach House at Kelmscott House, Hammersmith waiting to meet the writer Zakia Carpenter-Hall. “… the wallpaper man.” A snippet from a breeze-snatched conversation interrupted my thoughts. William Morris: Wallpaper Man. Somewhat irrationally the words irked me. Yet, I had to be honest and admit to once sharing a similar viewpoint of Morris’s legacy as supreme craftsman of decorative patterns inspired by a lifelong affinity to nature.

Fast forward to the confines of lockdown when the rumbling roar of traffic and buzz of city life was replaced by the soaring sound of birdsong. People became more aware of the natural world. Across the globe air pollution dropped in major cities. Within the fear and personal tragedies there was a glimmer of hope that life continued, and that perhaps this was our chance to change things—a moment of reflection on how we live, how we work and what matters.

A June article published in Nature—the leading international weekly journal of science—termed this cataclysmic time of grief, separation and ‘unusually reduced human mobility’ as the ‘anthropause’, a period during which we might find that slight adaptations to our lifestyles could potentially produce major advantages for mankind and our ecosystems. Hope in uncertain times? Opportunities for change? Alas, perhaps not.

The World Economic Forum (WEF) identifies the link between the pandemic, our fast-moving, interconnected world and increasingly ‘dysfunctional’ relationship with nature. The easing of lockdown spurred an unprecedented rise in littering. Throughout the UK, from beaches to national parks and areas of outstanding natural beauty, respect for nature was suddenly and brutally forgotten. Rubbish threatened our wildlife.

Nature reserves were trashed. I witnessed first-hand Turner’s iconic view of the meandering Thames desecrated by spewing bins and the detritus from alcohol-fuelled, ‘socially-distanced’ balmy weekends. In the words of Jason Alexander, founder of Rubbish Walks “… the country has gone a little bit feral.” What would William Morris, described by the late cultural historian Fiona MacCarthy as “the high priest of the countryside” make of this blatant disrespect and indifference?

Forget six counties overhung with smoke,
Forget the snorting steam and piston stroke,
Forget the spreading of the hideous town;
Think, rather, of the pack-horse on the down,
And dream of London, small, and white, and clean,
The clear Thames bordered by its gardens green.

You may wonder why it would matter what a Victorian polymath would think. What is the relevance? Where is the link? For those who recognise the threat and ongoing impact of the climate emergency the answer to this focus on Morris can be found, as I did, in the simplest exploration of the prolific output of his life’s work and collaborations, and in particular his political writings.

For Morris, beauty and plenitude was rooted in nature. “The earth and the growth of it and the life of it! If I could but say or show how I love it!” There’s a childlike exuberance in the simplicity of this sentiment. Although proclaimed by the character Ellen in Morris’s utopian, time-travelling novel News From Nowhere (1890), they are expressive of Morris’s views, and visually reflected in the vibrancy and exquisite detail of his decorative work. Morris despaired of man’s wilful destruction of nature.

Our ongoing indifference to the significance of the natural environment: our native plants, our noble trees, our dwindling birds and wildlife was, and still is, symptomatic of a materialistic society where we work to live and fill our homes with “useless goods, whether harmful luxuries for the rich or disgraceful makeshifts for the poor.” In a lecture entitled: Useful Work Versus Useless Toil from 1884 Morris expounded:

Wealth is what Nature gives us and what a reasonable man can make out
of the gifts of Nature for his reasonable use. The sunlight, the fresh air, the unspoiled face of the earth, food, raiment and housing necessary and decent…. This is wealth.

In her seminal biography William Morris: A Life for Our Time Fiona MacCarthy defines Morris’s sense of place as “… almost a disability. Places clung to him. When one of his places was endangered, in the sense of being demolished or crassly redeveloped, he felt it as a sense of human grief.” The depth of Morris’s despair at man’s wanton destruction of nature and indifference to art is rousingly expressed in the following extract from the talk Hopes and Fears for Art: the Prospects of Architecture in Civilisation delivered in March, 1880 at the London Institution:

No one of you can fail to know what neglect of art has done to this great treasure of mankind: the earth which was beautiful before man lived on it, which for many ages grew in beauty as men grew in numbers and power, is now growing uglier day by day, and there the swiftest where civilisation is the mightiest: this is quite certain; no one can deny it: are you contented that it should be so?

In a lecture to the William Morris Society in 1959, the historian E.P Thomson described Morris as a “great moralist, a great moral teacher”, a “revolutionary without a Revolution.” Within a contemporary context the central tenets and ‘pungency’ of Morris’s beliefs possess an undeniable relevance to today. If we examine the damage and destruction wreaked by HS2 on our irreplaceable ancient woodlands, meadows and native flora and fauna, and consider the content of this extract from The Prospects of Architecture in Civilisation we can see why he is considered to be an eco-socialist visionary:

There is one duty obvious to us all; it is that we should set ourselves, each one of us, to doing our best to guard the natural beauty of the earth: we ought to look upon it as a crime, an injury to our fellows, only excusable because of ignorance, to mar the natural beauty, which is the property of all men; and scarce less than a crime to look on and do nothing while others are marring it, if we can no longer plead this ignorance.

The words are an impassioned rally cry; an attempt to shake us from a passive acceptance of the travesties enacted against the natural world; to alert us to the danger of no longer noticing what’s missing until it’s too late. The UK red endangered lists of birds, crafts, and plants are a reminder of what we stand to lose. That the ‘rascally’ Mistle Thrush and Song Thrush, the speckled stars of ‘Strawberry Thief’ Morris’s most reproduced pattern––available now on face mask too––both feature on the RSPB red endangered list of British birds is a forewarning that the familiar can quietly become the forgotten.

The wild strawberry is also categorised as in ‘near threat’ due to our disappearing wildflower meadows. It comes as a shock to discover that since the 1930s, 97% of our meadows have disappeared. Dr Trevor Dines, botanical specialist at Plantlife, the British conservation charity describes these poetically as “petalled paradise”, a “natural tapestry”, and implores us to “love, cherish and protect” them for future generations.

Love is enough: though the World be a-waning,

And the woods have no voice but the voice of complaining,
Though the sky be too dark for dim eyes to discover
The gold-cups and daisies fair blooming thereunder

Our response and support is critical given the positive environmental impact of our ‘species-rich’ grasslands. The UK’s biodiverse meadows provide a myriad of benefits including: crop pollination, flood prevention and carbon storage, while enhancing our sense of well-being. That this could be lost to us seems unimaginable, but without the invaluable work and commitment of charities such as Plantlife it could sadly become a reality.

And so, we end where we began. I look back in gratitude at that windswept afternoon in February as I stood outside the Hammersmith house that was William Morris’s final home. Gratitude for the once familiar and carefree bustle of daily life; the families strolling through Furnival Gardens; the cyclists, joggers and dog walkers wending their way past the quaint Dove pub that nestles on the bank of the Thames. Gratitude for that overheard conversation that was to provide me with the title for a forthcoming exhibition of work made by a new generation of artists, designers, illustrators, poets and writers, each inspired by the cultural and political legacy of Morris.

From the printmaker and her 4-year-old daughter foraging for oak galls to make natural dyes, to the project using AI to generate new Morris patterns, the diversity of themes and range of responses reinforce the resonance of William Morris’s life’s work today. The essence of the exhibition is perhaps best expressed in the following quote from a letter written by Morris to Georgiana Burne-Jones that are stitched onto a handmade quilt by Graphic Design student Izi Thexton:

To do nothing but grumble and not to act – that is throwing away one’s life.

The words serve to remind us that “hope must be ever with us” for we are the makers of the future.

Clare Conway is a designer and educator. She is founder of Storybox Collective, a group of artists, designers and writers who apply a serendipitous approach to archival research through collaborative making. The Collective’s latest exhibition William Morris: Wallpaper Man, a collection of new work inspired by the legacy of William Morris, is scheduled to open in Autumn 2020 at the William Morris Society and online. You can follow its progress on https://www.instagram.com/thestoryboxcollective/

Posted by Mike Shaughnessy at 07:39