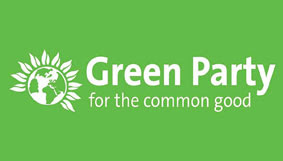 At a meeting of the London Green Party on Monday night this week, the Greens decided to break with recent tradition and not make a recommendation to supporters on who they should give their second preference vote to for Mayor of London, in the ballot to be held on 5 May.

Sensibly, the only two contenders for this recommendation were the Tory candidate, Zac Goldsmith and Sadiq Khan the Labour candidate. I say that because there is really no doubt that these two candidates will gain the most and second most first preference votes, and so second preferences for any of the other candidates will not count in the final run off.

The decision appears to have caused a fair amount of controversy. Owen Jones, Guardian columnists and Labour Party member tweeted:

“The Green Party refusing to back a second preference in London's Mayoral election - as though Labour and Tories are the same - is shocking.”

I think shocking is over egging it a bit, but some Labour people do seem to think that they are entitled to Green leaning voters second preferences, without really offering anything to them.

I didn’t attend the meeting, being reasonably confident that Goldsmith would not get the nod, from a largely left wing party, but I did think that Khan would probably get a reluctant endorsement.

Reluctant, because the London Greens set out four ‘red lines’ which Khan and Goldsmith would have to agree to, to gain our recommendation. Both candidates failed to even engage with these conditions, let alone compromise their stance on the issues, but the fact that Goldsmith is the Tory candidate, whatever his ecology friendly (questionable) image might be, rules him out.

For the record the red lines were policy positions on inequality, road building, airport expansion, and estate demolition.

Back in January I revealed my own personal intentions on second preference voting for London Mayor on this blog. This was prompted by outgoing Green Party Assembly Member, Jenny Jones’ musings in the London Evening Standard that Greens might second preference Goldsmith, because he was greenish, and I basically said ‘you can count me out, I’m not voting for a Tory.’ I am voting second preference for Khan (reluctantly).

This was before the election campaign proper began, and I must say that my resolve to keep Goldsmith out has strengthened since. The vile campaign by Goldsmith and the Tory party generally, to try and paint Khan as some sort of Islamic terrorist sympathiser, is utterly disgraceful. All of this on the flimsy pretext that Khan, ‘shared a platform’ with an Islamic imam, Suliman Gani. It was later revealed that Goldsmith had allowed himself to be photographed with Gani, and it doesn’t seem to have convinced many Londoners to back Goldsmith instead.

“I know my supporters will have their own thoughts about who will get their second preference vote. But Zac Goldsmith and Sadiq Khan have both failed to provide the guarantees that they will not make a bad situation worse in London either by increasing pollution with new roads and expanded airports or making the housing crisis even worse with the loss of thousands of council homes in estate demolitions.”

Deputy leader of the Green Party, Shahrar Ali, writing at Left Foot Forward today expanded on the reasons behind the party’s decision, he says:

“The failure of Sadiq Khan to engage with the red lines was in stark contrast to his predecessor, Ken Livingstone, who spoke at well attended meetings in order to persuade Greens to vote his way….In Sadiq Khan’s case, he wouldn’t meet with us. He wouldn’t pledge practical support to residents having estate demolition forced upon them by Labour councils. He supports the expansion of Gatwick airport. He clearly didn’t want our endorsement and didn’t merit it. So he didn’t get it.”

Livingstone actually sought to build bridges with the Green Party, where Khan obviously thinks he doesn’t need the backing of Greens, and he may well be right, since he has had a consistently healthy lead in the opinion polls.


My personal recommendation is that Greens should second preference Khan, but I can see why London Greens withheld an official endorsement for him, and I think it is perfectly reasonable. Khan will only have himself to blame if he loses out on second preferences, although I have no doubt Labour will try to blame the Greens for another election failure, should this come to pass.

Posted by Mike Shaughnessy at 11:32