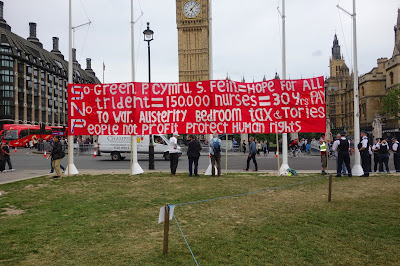 Around 3,000 people demonstrated outside Parliament today, against the Tory austerity policies as outlined in the Queen's speech to the opening of the new Parliament. The demo was organised by the People's Assembly. 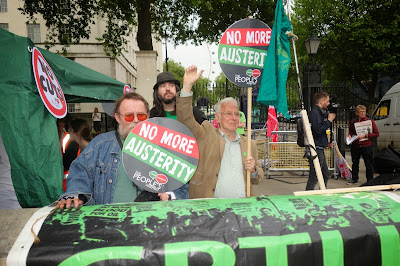 Pete Murry, Will Holyday and Martin Francis of Green Left 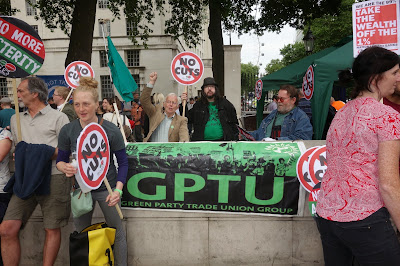 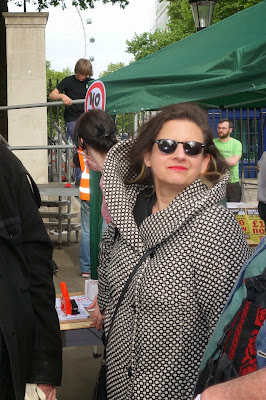 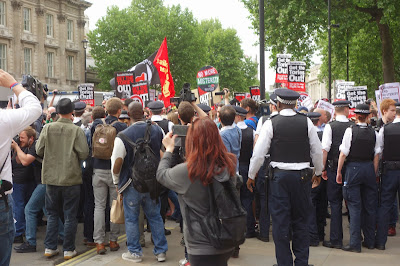 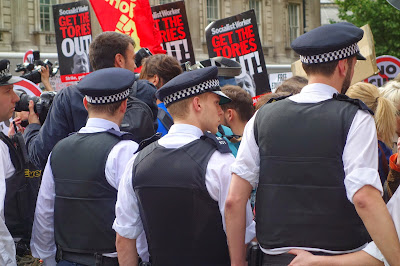 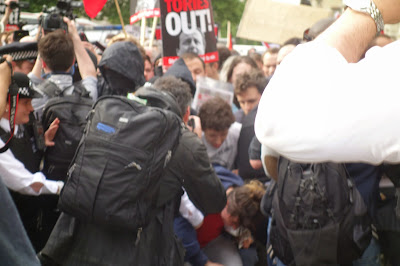 Scuffles with police break out on Whitehall 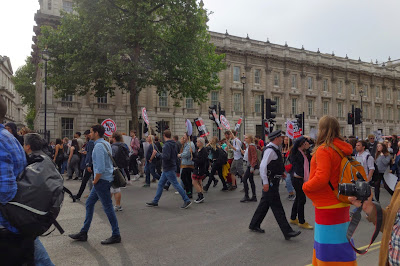 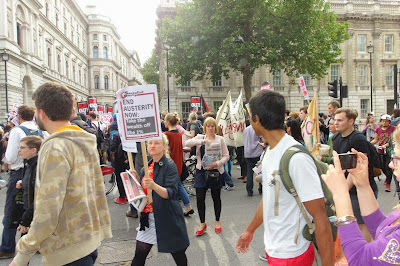 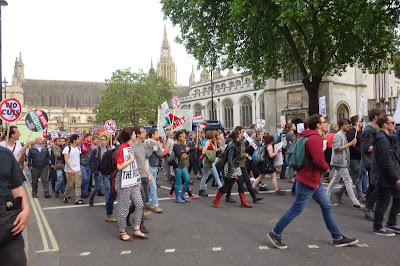 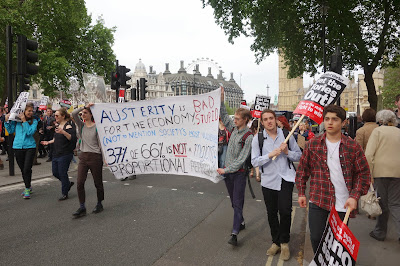 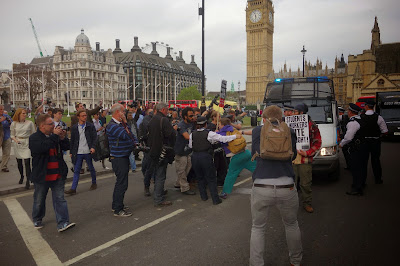 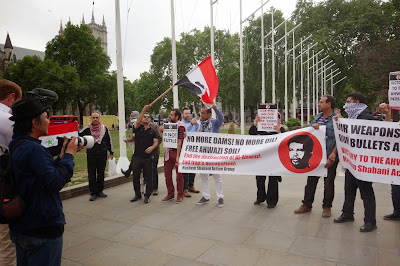 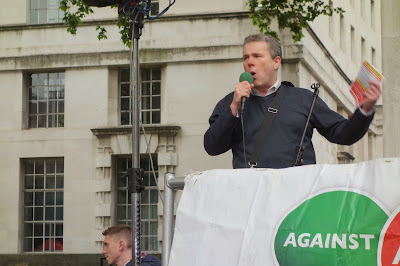 Mark Serwotka of the PCS union 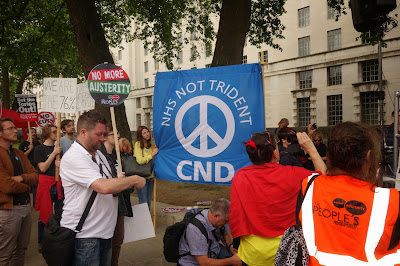 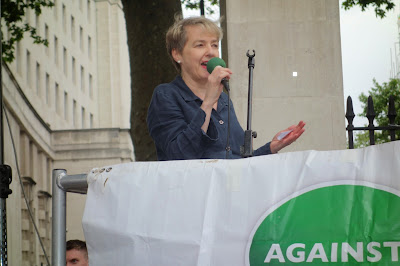 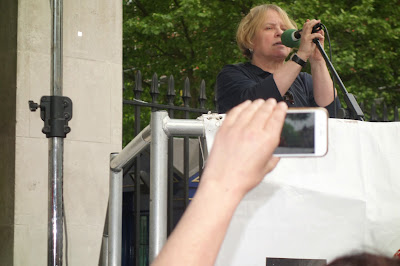 Lynsey German of Stop the War 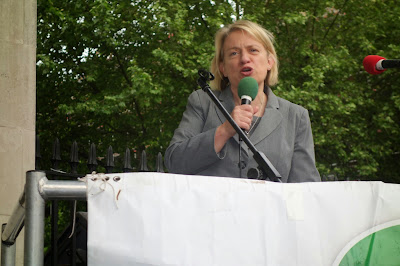 Natalie Bennett of the Green Party 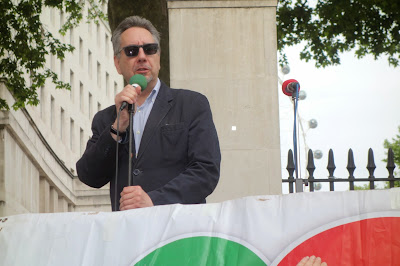 Posted by Mike Shaughnessy at 13:33