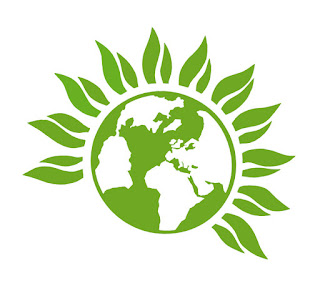 The decision by the local Green Party in Richmond and Kingston (in south west London), not to stand a candidate in the forthcoming byelection in the constituency, has been met with a wave of opposition from party members. If you are able to look at Green Party member's forums, Facebook groups and email lists, you will see the majority opinion of the contributors is against the non-standing decision taken locally.

The byelection was caused by the sitting Tory MP, Zac Goldsmith, resigning and standing as an independent, over the decision to build a third runway at Heathrow Airport.

Green Party rules and indeed principles are to leave decisions on standing and candidate selection to local parties, which I think is right, but I'm not too clear about the extent of consultation with members that has taken place. This is complicated by there being two separate local parties covering the Parliamentary constituency, (Richmond and Kingston) but it looks as though the decision was taken by a small group of activists. I may be wrong, but that is my impression.

Further to this, it also looks like pressure was applied to the local party by the Green Party co-leaders, Caroline Lucas and Jonathan Bartley, who stood on a 'progressive alliance' ticket to win this year's party leadership contest. The leadership putting pressure on local parties not to stand is not a new thing. I remember the local party being discouraged to stand when Tory MP David Davis resigned his seat as a protest against government policy. Labour and Lib Dems did not stand, but the Greens in the end did, and finished second.

Judging by the forums mentioned above, I'm not the only Green Party member who thinks the decision not to stand in Richmond Park is a bad one. I think it is wrong on many levels, and I'm broadly in favour of a 'progressive alliance' (anti-Tory is probably a better description), at the next general election, with a commitment to proportional voting for future elections.

But this is not a general election, nor is there any agreement on an alliance, and in this byelection the Labour Party look set to stand a candidate. A broadly left alliance is just not credible if the Labour Party doesn't take part in it, which looks to be situation we will have in Richmond Park. I hear they have selected Christian Wolmar as their candidate.

This byelection is also probably a unique opportunity for the Green Party to get heard, because the effective cause of it is a very green issue, airport expansion. The Lib Dems and probably Labour (as well as Zac Goldsmith, now Independent) are not against airport expansion per se, just at Heathrow Airport. They are quite happy for an expansion at Gatwick Airport, where less fuss has been caused by local residents, and it now looks as though the Green Party is in agreement with this line of policy, by the very inaction of not standing.

We could well have got a lot of media attention to put an alternative argument, which is our policy after all, and may have got a reasonable result. In this constituency we got 6% in last year's general election, and although politics has changed, with the airport issue, we could probably do better than that.

The other thing that jars here, is the Greens endorsing the Lib Dems, who are responsible for all of the austerity misery we have been put through for 5 of the last 6 years, and Green Party members know from experience how unprincipled Lib Dems can be. Say anything, if you think people will like to hear it, kind of thing party. They thrive on nimbyism, but now we will be tarred with the same brush.

The way all of this seems to have been handled, is causing a lot of disquiet in the Green Party, and is definitely not a template for a 'progressive alliance' in the future, in my opinion.

If this type of thing carries on, I fear the Greens will lose a lot of members. If we can reach a one off agreement for the general election, with a commitment to future proportional voting, then OK, I can go along with it. But we first need to get this agreement, and byelections anyway are not part of the bargain, and should be approached dependent on the local and national circumstances at the time.

Anything else, I think, will destroy the Green Party, just when we were getting a toe hold in the political system. I hope sense prevails in the end.

Posted by Mike Shaughnessy at 13:35