The Lib Dems and Electoral Pacts 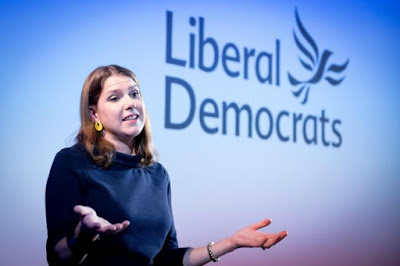 The Liberal Democrats are making a lot of noise in the media about electoral pacts in the almost certainly upcoming General Election. They have been forced to deny a pact in Scotland with the Tories, which would seem to be aimed at taking some seats off the SNP, in some sort of anti-independence alliance, although no talks have been mentioned with Labour in Scotland.

The new leader of the party Jo Swinson, was also forced to deny rumours of standing aside in favour of former Tory MP Rory Stewart in Penrith and the Borders, Cumbria, because of differences about leaving the European Union (EU). Recent weeks have seen a small procession of former Tory MPs, expelled from their party for voting against the government’s leaving the EU with no deal, joining the Lib Dems. Two of these MPs, Phillip Lee and Sam Gyimah, have distinctly illiberal, if not down right homophobic views, but why let principles get in the way of a good political news story?

The Lib Dems have though admitted that they are looking at a pro-Remain electoral alliance with parties, in England and Wales, who support staying in the EU, or at least want another referendum on the issue, with remain an option. Given the Labour party’s latest policy shift, towards holding a referendum on any leave deal they can negotiate with EU, with Remain the other option, the Lib Dems are not looking for any deal with Labour. Perhaps this is why they have moved to a revoke Article 50 policy, putting clear yellow water between the parties?

The Press Association reports, Swinson said that a pro-Remain agreement had worked well previously, including in the Brecon and Radnorshire by-election last month where Jane Dodds was elected as a new MP for the party. She went on:

There was obviously success for that kind of arrangement in the Brecon and Radnorshire by-election. Plaid Cymru and the Green party stood aside, stood shoulder to shoulder if you like, with the Liberal Democrats and Jane Dodds was elected to be a very unequivocal voice in parliament for remain. So, that happened already and it’s successful.

Asked whether the party would stand aside for Labour candidates, the Lib Dem leader said:

That’s a different question because Labour are not a remain party, Labour are trying to deliver a Labour Brexit. But where we agree with others on stopping Brexit, we are in those discussions.

The first thing to say about this, is that in the Brecon and Radnorshire by-election, the local Green party did not endorse the Lib Dem candidate. They did not field a candidate, but they didn’t in the 2017 General Election either, judging it was not worthwhile, given the associated required spending. This has not stopped the Lib Dems propagating this untruth though, ever since the Greens decided not to stand.

Plaid Cymru did say that they had stood down in favour of a pro-Remain candidate, but they only polled about 3% in the constituency in 2017, so probably didn’t make much difference to the outcome, albeit in a narrow triumph for the Lib Dems, on a low turn out. It is possible that such arrangements will happen in some constituencies at the next General Election, but I wouldn’t expect it to be on a large scale.

It comes as no surprise that the Lib Dems will not contemplate any arrangements with the Labour party. Firstly, Labour don’t do pre-election deals with any other party anyway, and given the Lib Dem’s record on propping up David Cameron’s Tory coalition government, the Lib Dems would be the last party (apart from the Tories) they would break with their usual stance on alliances.

But it also appears to be part of the Lib Dems wider electoral strategy. Something like five million Tory voters voted Remain in the 2016 referendum, and it is these pro-Remain Tories that the Lib Dems are hoping to court. These voters are unlikely to support a party that they see in some kind of electoral alliance with the Labour party, so it fits with their strategy to attack Labour, not do deals with them.

It is also evident in the blind eye approach to defecting Tory MPs, who hold questionable views on gay people, as each Tory MP (or ex- Tory MP) provides a media story of Remain supporting Tories going over to the Lib Dems. The defecting ex Labour MPs, are seen as New Labour types who were at odds with Corbyn’s Labour, so can safely be pouched in the hope that some Labour voters who liked Tony Blair, may be persuaded to shift to the Lib Dems. This is only a minor part of the Lib Dems electoral strategy though, it is Tory Remain voters that they are really after.

Labour may decide not to try too hard in constituencies they have no hope of winning, to concentrate resources where they can win. This may help the Lib Dems, but is a side issue for Labour.

At the end of the day, electing Lib Dems, is just electing another type of Tory. The Lib Dems appear to want to resurrect a David Cameron style Tory party, and although marginally better than the head bangers running the Tory party now, it would still be Tory.

Where does all of this leave the Green party? Well, I would suggest that local parties be very careful about helping the Lib Dems, for the reasons above, and the possibility of being tarred with the same brush.

As for helping Labour, by standing aside in some places, this should be a local decision, and taken on a case by case basis. Labour's new stance of a referendum on their deal or Remain, seems to be reasonable to me. But we should remember too, that not all Green voters will vote Labour in any case.
Posted by Mike Shaughnessy at 09:45