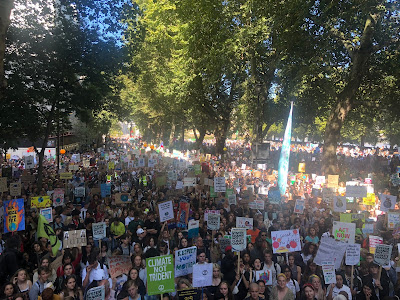 On a beautiful sunny Autumn day in London, an estimated 100,000 people turned out at a rally for the Global Climate Strike, close to the Houses Parliament. The crowd was noisy, but good humoured, as they listened to speeches from politicians and activists, urging the British government to take urgent action on the climate emergency.


Caroline Lucas, the Green party MP, was one of those who addressed the demonstrators. She began by noting that in May parliament had passed a motion declaring a climate emergency. “So don’t ever let anyone tell you that you are not making a difference,” she told the crowd. “You are making history.”


Calling it “the biggest social justice issue of our time”, Lucas said the government needed to make more urgent plans than the commitment of net zero carbon emissions by 2050.

"The truth is that a climate target of net zero by 2050 is not climate leadership. When your house is on fire you don’t call 999 and ask for a fire engine in 30 years’ time. You want urgent action now." 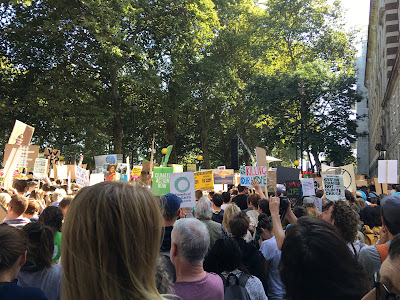 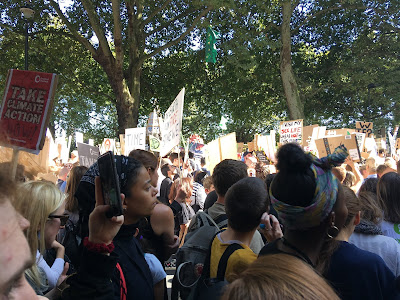 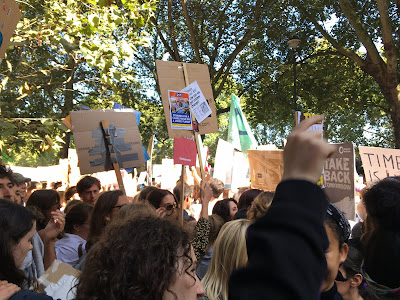 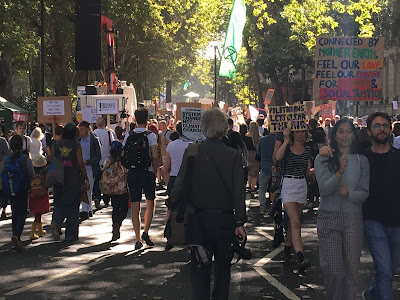 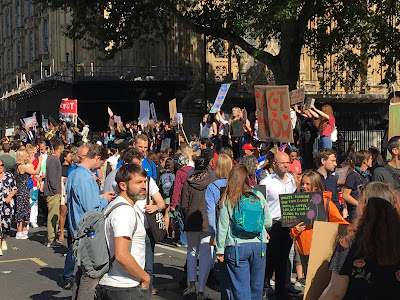 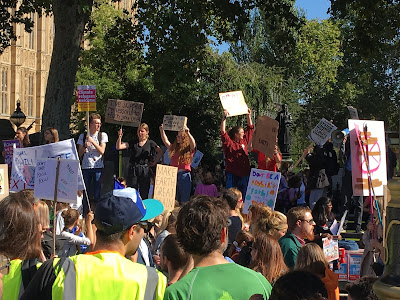 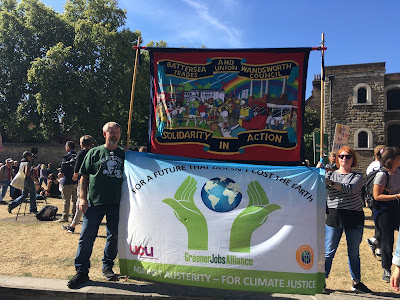 As with other FridayForFuture events, there were many school students and young people on the demonstration, but were joined by trade unionists today. 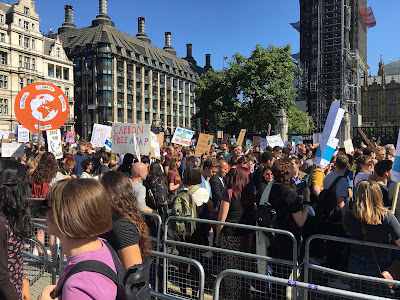 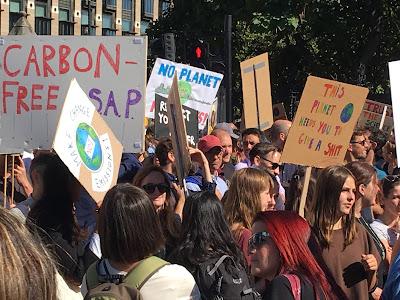 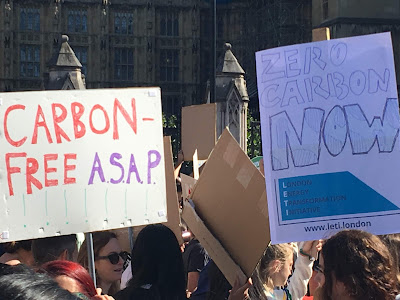 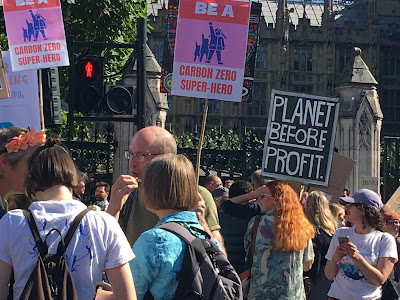 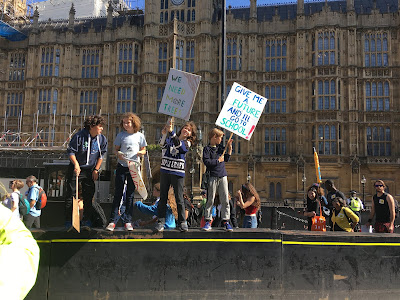 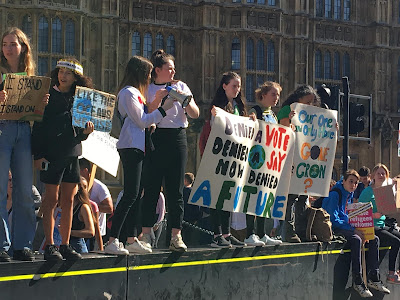 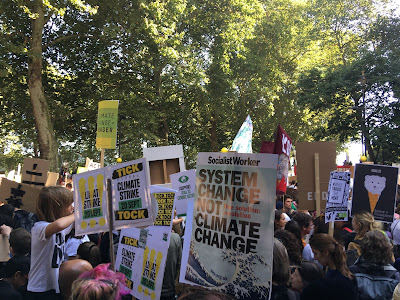 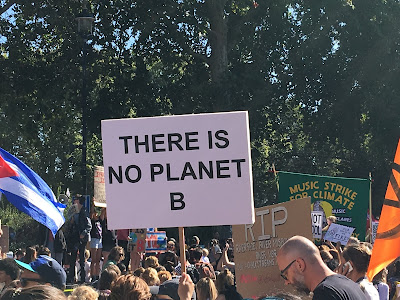 There were protests all over the world today, stressing the same sentiment. This is our home, there is no planet B.

Great day out, and so inspiring to see that our climate emergency is concerning more and more people. The politicians need to wake up, and take actions to reduce human impact on the earth.

Posted by Mike Shaughnessy at 11:24