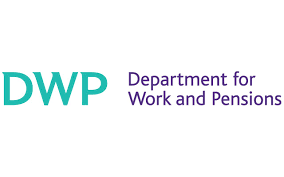 Another day, another critical story appears in the media about the Department of Work and Pensions (DWP). Hundreds of millions of pounds wasted on the new Universal Credit benefit scheme and its associated IT system, claimants refused sickness benefits just before they die, claimant suicides soaring, caught out releasing dodgy statistics, ruled as acting illegally in thousands of cases of benefit withdrawal and its Secretary of State, Iain Duncan Smith, staring at Miss Essex’s breasts for twenty minutes.

On top of it all, now The Independent reports that the department’s own staff survey finds that over 1,400 disabled civil servants have suffered discrimination, harassment and bullying at work. This represents a 23% increase in last twelve months.

The DWP appears unperturbed by these findings and in a twist of the truth claims, that the result reflects their efforts to get civil servants to report these incidents, so really they should be congratulated. You really couldn’t make it up.

I spent some time working as a Jobcentre adviser, which is where the vast majority of DWP staff work, a few years ago. I do have a small disability too, a hearing impairment, but I have to say that I didn’t experience, well hardly any, bullying personally.

But this wasn’t the case for most of the Jobcentre staff, I can tell you. In twenty years working at BT, before this, I hadn’t seen union reps worked so hard as they were at the Jobcentre. Not a single day would pass without the union reps attending some kind of disciplinary meeting with their members. One worker there successfully brought a claim to an Industrial Tribunal, for disability discrimination, and won damages from the DWP.

It wasn’t just disabled people who were bullied and harassed though, probably more than half the people who worked at the Jobcentre that I worked in, had one story or another of management harassment to tell. Bullying of the staff was rife in my time there.

How staff are treated does vary from Jobcentre to Jobcentre, I heard that X was better than where I worked, but Z was worse, so it was probably a pretty middling example. What appears to happen is the Jobcentre manager runs the place like a personal fiefdom, and some are more benign than others.

There is pressure on these managers from more senior management, and this can lead to bullying of the staff, but senior managers quickly wash their hands of it. In the same way, the politicians lean on the top civil servants, and the message then goes all the way down the line. That is why the Tory government can claim that it does not set targets for sanctioning claimants. Strictly speaking they don’t set targets.

How it works is that Ministers will make it clear to senior officials that ‘they want the sanctions rules enforced’ or such like. The sanction rules haven’t changed from the Labour government days, although the sanctions themselves have increased. This is then fed down the management chain and ‘local’ targets for sanctions are set. It happened when I was there, doubled overnight.

There was some discretion given to advisers in my day, because things are often not clear cut, and you have treat each case on its merits. Raising targets effectively removes this discretion from advisers, or they will not meet their local targets.

I didn’t see it in my day, but I have heard stories of advisers even setting up claimants for sanctions as the pressure to hit increased targets rises.


Unfortunately, the whole demonisation of benefit claimants by the government has been very popular with a largely ignorant public, who seem all too willing to believe that all claimants are work-shy layabouts. What a disgraceful state of affairs.

Posted by Mike Shaughnessy at 07:13