London Mayor and Assembly Election – Who to Second Preference for Mayor? 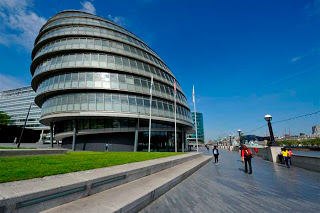 On Thursday 5th of May, millions of London voters will go to the polls to directly elect a Mayor and 25 London Assembly members. The current Mayor is the Tory Boris Johnson who is leaving the post and the 25 seat London Assembly is made up of 12 Labour Members, 9 Tory Members, 2 Lib Dem Members, 2 Green Party Members.

The Assembly is made up of the 14 winning constituency candidates (the ballot paper is coloured yellow), where up to four London boroughs can constitute a constituency. Locally, where I live, the constituency is Enfield and Haringey, won by Labour in 2012, and the Green Party candidate is Ronald Stewart.

The other 11 Assembly members are elected from the London wide Member List (orange coloured ballot paper) on a proportional basis, using what is known as the Modified d’Hondt Formula, similar to that used for European Parliament Elections, and called the ‘additional member’ system. This takes into account the total votes cast in the London-wide ballot together with the number of Constituency London Assembly Member seats that each political party has already won.

A party candidate needs to get 5% of the London wide Member vote to qualify to win one of these seats at least. Parties that win constituency seats (entirely Labour and Tory at the four elections since the first in 2000), have their London Member vote divided by the number of seats already won (plus 1), and each time a party wins a London Member seat, this is added to the number dividing their vote.

To simplify things, for parties who have not won constituency seats, 5% gets you one seat, around 8% gets you two, and around 10% gets you three, but all this depends how the votes actually fall. In 2010 the Green party secured 8.5% of the London Member vote, which yielded two seats.

If you want to see Greens elected to the London Assembly, then make sure you vote Green on the orange coloured ballot paper, as this is where we will win seats, and we can then continue to represent Londoners on green issues.

The Mayoral contest will once again be dominated by the Labour and Tory candidates, Sadiq Khan and Zac Goldsmith. The Green Party candidate is Sian Berry.

At every London Mayor election the Labour and Tory candidates have been in the final run off, (with the exception of Ken Livingstone standing as an independent in 2000, but really he was 'Labour') by some distance, and it is a certainty that this will be case this year. If you vote second preference for any of the other candidates, it will be wasted, as all the other candidates will be eliminated by the final round.

There was a suggestion by Jenny Jones, one of the outgoing Green Assembly Members, that Greens might vote to second preference Zac Goldsmith, the Tory candidate, because he has green credentials. Goldsmith is a former editor of The Ecologist magazine and has campaigned on environmental issues, such as against the expansion of Heathrow Airport.

He is also very wealthy with an estimated fortune of over £1 billion and is, well, a very privileged Tory toff. However well-meaning his environmental thinking is, being Green doesn’t stop at giving to good causes like some Victorian philanthropist, it is about challenging the very system that has made Goldsmith so rich. He is one of 1%.

I disagree with Jenny Jones, and there is no way I’ll be voting second preference for Goldsmith, just because he has a bicycle or whatever. I could never vote for a Tory. Somewhat reluctantly, because I’m no big fan of Sadiq Khan either, I will second preference the Labour candidate for London Mayor.

Posted by Mike Shaughnessy at 11:21