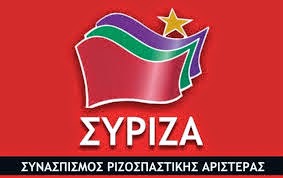 With a snap general election due January 25, a Greek economist close to SYRIZA dismantles some myths surrounding the Greek economy and believes victory for the left-wing opposition is increasingly likely.

After the announcement that on 25 January, Greece will return to the polls (due to the failed the third and decisive vote for the new President), the prospect of a victory of SYRIZA, the strength of the radical left led by Alexis Tsipras  that is topping the opinion polls, is becoming more concrete. And this is rocking the markets and the European establishment, which have already expressed their disappointment at the decision of Prime Minister Antonis Samaras to anticipate to this month the election of the President. The markets have sent the Athens Stock Exchange sliding and rates on government 10-year bonds skyrocketing; the euro-elite hoping, as voiced by the Commission President Juncker that the Greeks do not vote “the wrong way”. Tsipras, however, has no intention to take Greece out of the euro, and his plan to restructure the Greek debt will not hit private but rather official creditors: the European Union and in particularly Germany.

Of this and more Il Manifesto spoke with Yanis Varoufakis, an economist close to SYRIZA.

Il Manifesto Question: Greece, which now shows a rate of economic growth that is among the strongest in the EU, is presented by proponents of austerity as a demonstration of the effectiveness of fiscal consolidation and internal devaluation, which they argue makes the Greek economy more efficient and competitive. What do you think?

Yanis Varoufakis: I think it’s a perverse distortion of reality. Greece is in the middle of a Great Depression. Incomes and investment in the country have been in free fall for seven years now; this has led to a real humanitarian crisis. And now, on the basis of a quarter of real GDP growth, they are all celebrating the “end” of the recession! But if you look at the numbers carefully, you can see that we are still in recession, even according to official data. The explanation is quite simple: in the same period in which the real GDP grew by 0.7%, prices have fallen by an average of 1.9%. For the uninitiated, the real GDP is equal to the nominal GDP (ie calculated in euro) divided by the price index (the so-called GDP deflator). Since this index fell 1.9%, and real GDP increased by only 0.7%, this means that GDP measured in nominal terms, ie in euros, has dropped! So real GDP growth does not depend on the fact that the national income, in euros, has grown; it depends on the fact that it fell more slowly than prices. And now the political establishment, both European and national, is trying to sell to the Greeks this little accounting trick as the “end of the recession.” But it will not work.

GDP down 25%, unemployment at the highest level since the Second World War: do you think that these are just the side effects of “wrong” policies  or may be the result of a specific plan?

Neither, I think. These policies were the only ones that did not involve an admission that the architecture of the eurozone is basically dysfunctional, and that the crisis was systemic and not “Greek”. But above all, they were the only ones compatible with the main objective of the establishment: protect bankers from any attempt at expropriation by the European Union or its member states. And so a small but proud nation has been forced to implement a policy of fierce internal devaluation that has caused and is still causing great suffering to the population, as well as having increased the country’s private and public debt to unsustainable levels, and all this to maintain the illusion that the architecture of the eurozone was sustainable, and to download the colossal losses of private banks on the shoulders of ordinary citizens, workers and taxpayers. Having decided on the strategy, they then cloaked it in neoliberal propaganda to make it more palatable …
Why are the markets so afraid of SYRIZA, in your opinion?

What they fear is the outbreak of the two economic bubbles inflated by Berlin, Frankfurt and Brussels in recent years, that of sovereign bonds and the bond market, which were intended to feed the illusion of “the Greek recovery.” But the fate of all bubbles is that they eventually burst. And the sooner the better, because it will force us to finally look reality in the face and get to work to improve the living conditions of all, both in Greece and in the rest of the eurozone.

Do you think that the victory of SYRIZA is possible? Or do you believe that the conservative forces of the Greek – and European – establishment are willing to do anything to block its way?

Both. There is no doubt that the forces of the establishment will do anything to stop SYRIZA, resorting to the most sinister forms of psychological terrorism against the Greek electorate. But it seems that this time this strategy, already successfully used in the past, is doomed to fail. A victory of SYRIZA currently seems increasingly likely.

What is your view of EU Commission chief Jean-Claude Juncker call on the Greek not to vote “the wrong way”?

I would say that it shows a deep contempt for democracy, and a neo-colonial attitude that makes a mockery of the idea that the EU ought to respect the sovereignty of its member states. In theory, it is the European Commission that is held accountable for its choices by the citizens of the member states, and not the citizens who are held accountable for their choices vis-a-vis the Commission. And by definition, the Commission cannot make any judgment about the outcome of an election. It certainly cannot say what candidate is “right” and “wrong”. With this statement, Juncker has sunk the reputation of the Commission, already at historic lows, to new depths, and has further expanded the EU’s democratic deficit. His speech was one of the most anti-European moves imaginable, as it is succeeded in delegitimizing simultaneously the Commission and the EU.

Can you describe briefly the main points of SYRIZA’s program?

First, a government led by Syriza will do everything to ensure that Europe tackles the burning issues that so it has far refused to deal with: the dysfunctionality of the architecture of the eurozone, and the fact that so-called Troika “bailouts”  – which were anything but bailouts – have been very detrimental to both the peripheral countries and those in the EU’s centre, including Germany. Second, it will strive to rebuild and restart the social economy of Greece by means of a “New Deal for Europe” that aims to pull the entire periphery, and not only Greece, out of the doldrums. Finally, it will work to reform both the private and public sector in order to increase creativity and productivity, and to build a better society.

Does the return to normal hinge on a default on part of the public debt?

Yes, and this is not only true for Greece. Greece will certainly default at some point, but probably will not do it in a formal way, but through a cut in Greek debt owed to the rest of Europe. And, shortly after, it will be followed by Italy and then Spain and Portugal. In fact it will represent the first step towards a kind of fiscal union: when a state has borrowed from others and is not able to repay the agreed rate, it is a kind of fiscal union, but a terrible sort, the worst kind, a fiscal union by default.

Posted by Mike Shaughnessy at 10:39