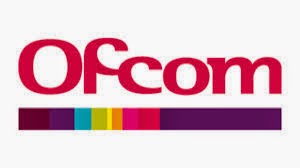 The decision by the broadcasting regulator Ofcom to exclude the Green party from the televised leaders' debate at the upcoming general election, for what seems to be the baffling reasoning that we are not a 'major' party, but UKIP and the Lib Dems are, has been seized on by the Prime Minister, David Cameron, as justification for him not taking part himself.

It has long been rumored that Cameron wanted to avoid the debates, or at least have them in March, before the campaign run in begins, for tactical purposes. Tory party thinking is that in 2010 at the last election, the first time that televised, head to head debates between party leaders' have featured, actually improved Nick Clegg and even Gordon Brown's popularity. So much so that it probably denied the Tories an overall majority in Parliament. At this year's general election, the fear is that Nigel Farage of UKIP will benefit in the same way.

Furthermore, in the focus groups that the Tories run as part of their marketing operation, they have found that when they show televised footage of Ed Miliband, the Labour party leader, they get a different verdict from these groups depending the length of the clip. In short, sound bite ten second clips most think Miliband is nerdy and unimpressive. In longer, like twenty minute footage, the groups' perception is of a nice man, who has some interesting ideas.

So Cameron would prefer to avoid these debates altogether, the fallback position being they are held early, so perceptions of the TV debates wear off by polling day. The Ofcom decision gives him the chance to say that it's not fair to all parties, and opt out on principle. If there is a change of heart by Ofcom or individual broadcasters, then at least the Greens will do to Labour what he fears UKIP will do to the Tory vote.

The only danger for Cameron is if the broadcasters decide to hold them anyway, without him, which might backfire on him, and lose him even more votes.

You might expect on this blog, that I'm now about to put up some strong case for the inclusion of the Green party leader Natalie Bennett in these events. Well, I'm going to disappoint you then. Of course, there is no logic in excluding the Greens, but including UKIP and the Lib Dems, given recent polling, election results, membership levels and 300,000 petitioners. No argument there.

But I will be rather pleased if these debates do not occur at all.

The idea dates to the 1960 US election, when Kennedy and Nixon broke new political broadcasting ground. But the US is a massive country compared to Britain, and it would be impossible to get around the whole place.

The other big drawback with these TV debates is that it reduces the election to a personality contest, rather than about ideas and policies, which dumbs down even further what passes for democracy in the UK. It is all sound bites and pre learned lines, changing the subject on to what you want to talk about, to ridicule your opponents.

And look where the TV debate had its major influence in 2010. It enhanced Nick Clegg's standing and his party's hugely and where did that lead?


No, let's scrap these charades, we are better off without all that tripe.
Posted by Mike Shaughnessy at 10:03