What is Ecosocialism? – Part 2 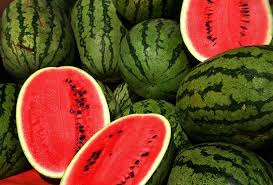 In the first part of this exploration of ecosocialism, we looked at the theory. In part two we turn to some practical approaches that we can take in the here and now.

If the cause of our ecological problems is the capitalist system, and because we as humans are part of the planet’s ecosystem, it is bad for the people too, then it follows that ecosocialists must work towards toppling this system and replacing it with something which is better. The changes that are needed would make capitalism so unrecognisable, that it would not really be capitalism anymore. We must reject the false notion of eco-capitalism or eco-liberalism as at best piecemeal or at worst greenwash.

This is a daunting challenge though. Capitalism has an extremely strong ‘force-field’ so much so that most people can’t even imagine the world without it. But things can change. In my lifetime, I never imagined I would see the fall of the Berlin Wall or Nelson Mandela become president of South Africa, so we mustn’t be overawed or despondent. Social change, when it happens, can be very swift indeed. Time, of course is not on our side with things like climate change, but capitalism has regular bouts of crisis, as at present, which will always afford us the opportunity to bring about its demise.

There are a few things we can do now. The slogan of Green Left is ‘organise, educate, agitate’, and this provides an outline guide of how we should begin to bring about the transformation that is so badly needed.


One of the weaknesses with the anti-capitalist movement of recent years is that it is negative by its very nature. It is fine to be ‘anti’ things, and we should certainly support this movement, but we should also say what we are for, and with some credibility, so we can’t be just dismissed as dreamers. 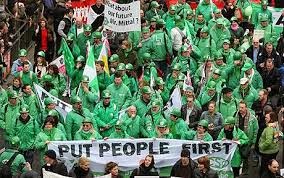 One such way, is to form what are known as pre-figurative ensembles. These ensembles are a snap shot of what a future ecosocialist society would look like. There are plenty vehicles already around where this can be pursued, like Occupy, UK Uncut, People’s Assembly, as well as many other social movements. Also, we should involve ourselves in things like local food, energy and transport co-operatives. There must be thousands of ‘islands’ of ecosocialism all over the world, and the aim is to form these into a great archipelago of ecosocialism which can have real influence.

Trotsky was no ecococialist, although there is a bit of Trot in my thinking, so these pre-figurations can also be seen as ‘transitional demands’ or as I prefer to call them, ‘transformative demands’. We should always oppose privatisation of our public services in favour of social and community ownership. Other organisations such as trade unions, political parties and resident’s associations can be used to press our demands too. Unions are moving in an eco direction with some appointing environment reps and resident’s associations will campaign against things like fracking and for other environmental causes, which we can use to spread our philosophy, but I’m going to concentrate here on political parties.

There are, in the UK, a few small parties that claim to be ecosocialist. The Alliance for Green Socialism (AGS), have their roots in Militant Tendency who were expelled from the Labour party in the 1980s but are only a presence in parts of Yorkshire. I have my doubts about them being truly ecosocialist. The recently formed Left Unity (LU) say they are ecosocialist, as do at least two of their party affiliates, Socialist Resistance (SR) and Revolutionary Socialism in the 21st Century (RS21). RS21 were formed recently after the implosion of the Socialist Workers Party (SWP).

Then of course there is the Green party, which is much bigger and includes Green Left which is ecosocialist, if the party as a whole is not quite there yet. I chose this route because the potential here is much larger than the tiny sects already mentioned, but the task is similar with whichever party you choose. That is, greening the red parties and reddening the Green party, all of which is a work in progress. This blog, in part, is an attempt to do this.

It should be stated that ecosocialists do not subscribe to the Leninist ‘vanguard party’ approach. No, we think that we have to bring the people with us, every step of the way, or we will be unsuccessful.This is where the social movements and pre-figurative ensembles mentioned above come into play.

Ecosocialism must also be internationalist, given the challenges of contemporary global capitalism. There are ecosocialist currents all around the world, and an Ecosocialist International has been formed, and you can see the third version of the Ecosocialist Manifesto which was recently agreed here at the a meeting in Peru.

In South America ecosocialism has made its most influential contribution to government of anywhere in the world. In Peru, Cuba, Ecuador, Venezuela and especially in Bolivia, ecosocialist movements of mainly indigenous peoples have managed to elect eco-friendly socialist governments. This offers an alternative to neo-liberal orthodoxy, to which we can point as evidence, to the prevailing ‘there is no alternative’ (TINA) as Margaret Thatcher used to say, mantra of the ring wing media.

There was once, an open Ecosocialist International email list, which was great for sharing our experiences around the world. I found out from this list there are three ecosocialist parties in the Greek SYRIZA movement. The internet and social media make it easier for us to communicate with the like minded of the world and I would like to see this reinstated. (I think it was hacked and was closed down). There is a forum on the Ecosocialist Unite site, but you need to register and it doesn’t have many members.

So, cautious cause for optimism then, but I am in no doubt that replacing capitalism with ecosocialism, will require a revolution. It should be made clear however, that this will be a peaceful revolution, although I am not so naïve as to think that the powers that be will give up without a fight. But we have seen violent revolutions lead to tyranny from a new group of rulers once ensconced in power. I’m with Emma Goldman when she said, ‘If I can't dance, I don't want to be part of your revolution’.

So, there you have it. We have just skimmed the surface here really, but I hope this gives you some idea of the philosophy and a little hope for the future. 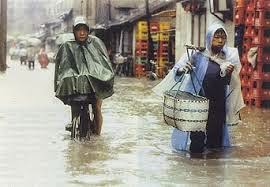 Posted by Mike Shaughnessy at 10:26